MOREE’S flagship entertainment venue will again fly proudly as one of the region’s premier arts and cultural facilities, with a $2.4 million Civic Precinct redevelopment currently underway.

Moree War Memorial Hall was officially opened on April 17, 1923 after discussions to construct the hall began in 1918.

A foundation stone was laid on November 16, 1921 and the tender to construct the hall was awarded Sydney builder Charles Schultz for £13,000.

Now, nearly 100 years to the day the foundation stone was laid, Moree’s grand old dame is getting a much-deserved makeover.

In 2018, Northern Tablelands MP Adam Marshall announced the State Government would contribute $1.05 million to the upgrades, from the Regional Cultural Fund, established to drive growth in artistic, cultural and heritage infrastructure in country NSW. 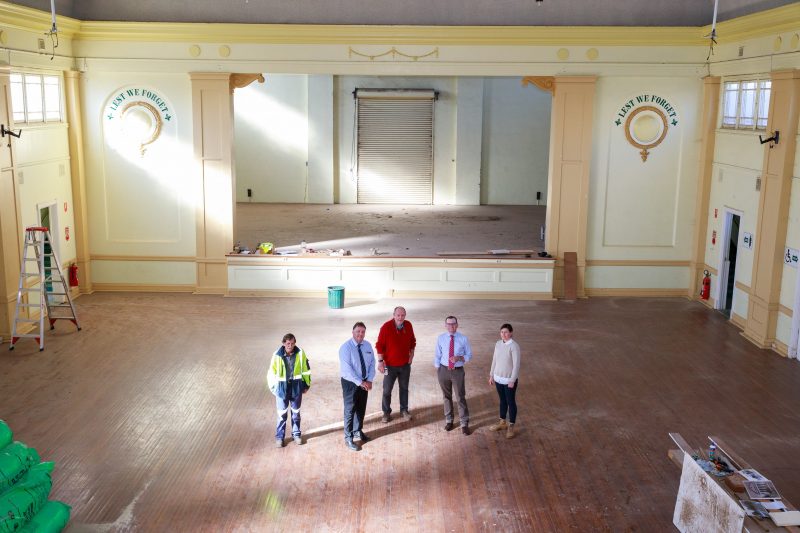 Mr Marshall said it was spectacular to see work progressing on the redevelopment, ahead of the building’s centenary.

“The facility, while grand, lacks the modern facilities required to meet the needs of local theatrical and dance groups, visiting stage shows, schools, and community organisations.

“Over the coming months the Memorial Hall roof will be replaced and Banquet Hall and library roofs upgraded, to stop water leaks and protect the internal structure.

“In order to ensure the hall meets fire and safety regulations the internal electrics and transformer are being upgraded, along with the stormwater, sewer and water. 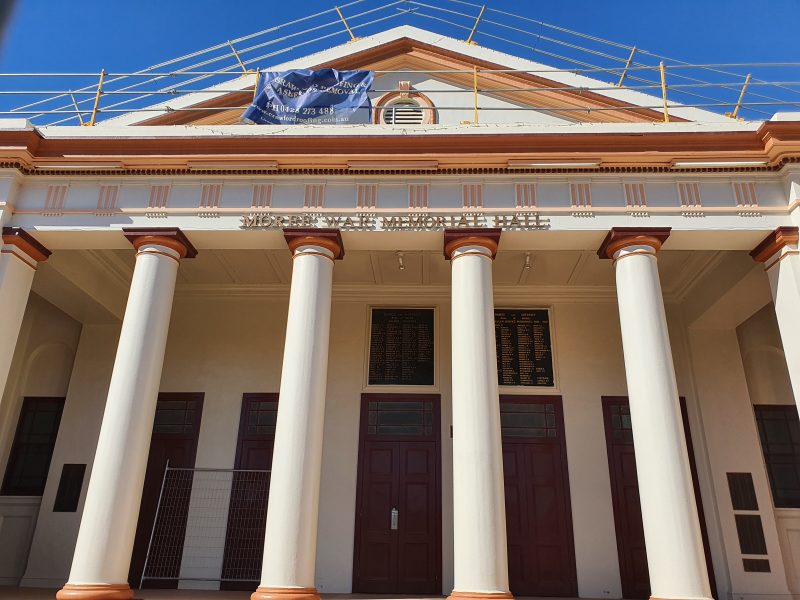 “Finally, access to the building is being modernised with a new lift being installed at the library and toilets at the front of the hall.

“In one go Moree Plains Shire Council is making the hall an arts venue for the future. I congratulate council on its significant financial contribution to this project and can’t wait to see it completed by the end of this year.”

Mr Marshall said the redeveloped precinct would be another feather in the cap of the town’s visitor economy.

“Moree has the artesian baths, it has fantastic retail and hospitality venues and by next year it will have a state-of-the-art venue to stage the best travelling shows around,” he said.

“Currently locals need to travel out of region to get their entertainment fix. This makes attending shows costly for Moree locals and only benefits other town’s economies.

“I have no doubt this redevelopment will help reinvigorate the performing arts in Moree, attract and keep vital tourist dollars in town and ensure everybody has access to fantastic cultural events.” 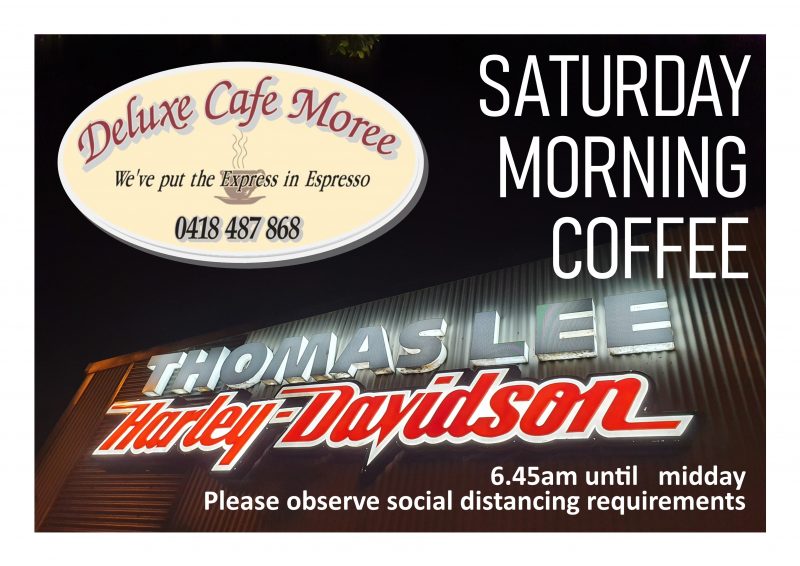