MORUYA-based jockey Maddy Wright and leading western districts trainer Rodney Robb came, saw and conquered at Mallawa on Saturday – and again proved that they are more often than not an unstoppable force on the NSW picnic racing circuit.

Wright and Robb teamed up to win three races at Mallawa, including the 1000m Chesterfield Australia Mallawa Bracelet with proven miler Austin, a horse very close to Wright’s heart.

With Wright on board, Austin won the Samara Johnson Memorial Macquarie Picnic Cup at Trangie late last year, a race named in honour of picnic jockey and trackwork rider Samara Johnson who was tragically killed in a car accident near Junee in November.

Wright has ridden Austin only twice for two wins, and formed a special bond with the gelding when riding work for Robb at Nyngan last year.

“I worked for Rodney for a year out at Nyngan, and I just love the horse,” Wright said.

“Nobody else liked him all that much because he can be quite a handful – he bites and stuff like that – but I’ve always gotten along really well with him.

“I’ve only had one other race ride on him and we won the Trangie Cup, and that win was in memory of Samara . . . it was very special,” she said.

“Austin is very special to me as well and to win over 1000m first-up is exceptional. 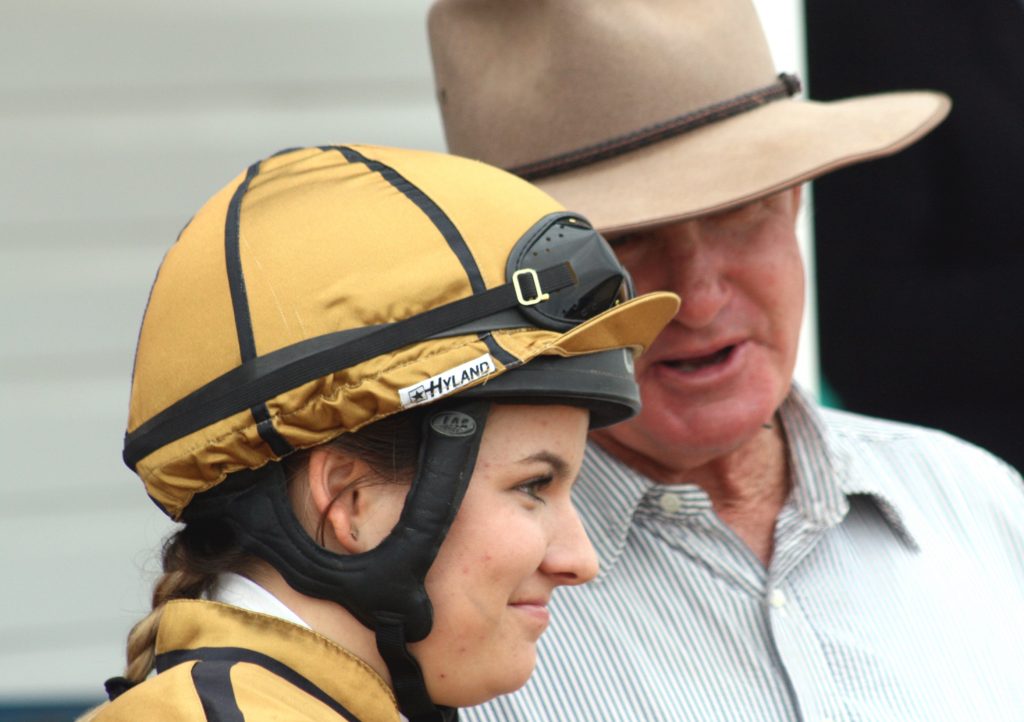 “Rodney told me that the horse had trialled really good and would be very competitive, and if Rodney says something like that, you listen,” she smiled.

Wright nursed the 7/4-on equal favourite before digging deep in the closing stages to beat equal favourite I Am Dynamic by a half-length with Beau in Chains (3-1) three lengths away third.

“He doesn’t like the whip so I just had to nurse him and encourage him to win – if you pull the stick he spits the dummy,” Wright said.

“He’s won the Trangie Cup and now the bracelet here so I think he’ll be aimed at the Picnic Championship at Dubbo.”

Wright and Robb, who teamed up earlier this year for a winning quartet at Bedgerebong with Lucienne, I Love Ida, Lulu’s Destiny and Archway Express, opened Saturday’s six-race Mallawa card with a dominant win by improving mare Northern Myth in the 1200m Titan Ag Class 3 Handicap.

“It was a really good win and she won like that here last year as well,” Wright said.

“Because she is so honest, you really don’t need to do anything on her. I just sat off the leader and gave her a half-easy run because I knew she would get home down the big, long straight.”

Northern Myth has now won nine races from just 31 starts and will also be aimed at the Picnic Championship Final at Dubbo in September after finishing eighth behind stablemate Security Code in the feature race last year. 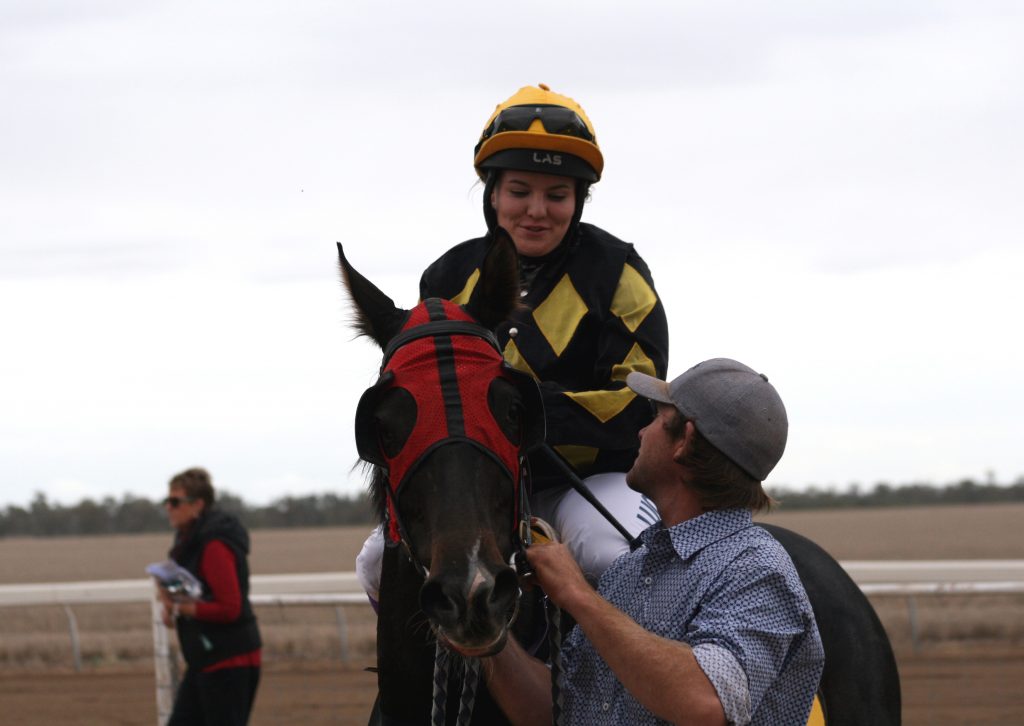 “Northern Myth is honest and was in the Championship last year, but she doesn’t like being crowded and got stuck up along the rail and finished midfield,” Wright said.

Wright and Robb were also in the winners’ stall with new stable acquisition Introduction, which was sensationally backed before winning the 1200m Landmark Moree Maiden Plate as a well-tried 10-9 favourite.

Introduction, a flashy grey mare by Grey Swallow, gave nothing a chance, scooting across the Mallawa dirt to score by more than three lengths from Yes Oui Si (11-8) with Star of Tickets (6-1) two-and-a-half lengths away third.

“She just towed me into the straight,” Wright said.

“Rodney has only just got the horse and I haven’t had much to do with it – but Rodney did tell me that she would go very well.”

Wright and Robb teamed up 12 months ago to win the Mallawa Cup with Rusty Motorbike and this year the tip was strong that they could repeat that effort with Security Code, winner of the inaugural Picnic Championship Final last year.

And while Security Code is expected to be back at Dubbo in September to defend its crown, the gelding could only manage third at Mallawa behind Peter Sinclair’s Dubbo-bound Track Flash and Geoff O’Brien’s Rena’s Lad.

“He felt like the winner at the top of the straight but just didn’t let down.

“Maybe his win the other day (seven days prior at Coonamble) took a bit out of him, but he’s done well to come to Mallawa and run third,” she said.

HISTORY beckons a group of popular racehorse owners from the Moree district after back-marker Track Flash defied an aversion for dirt on a track that suited on-pace runners to storm home and win the 1400m B&W Rural Mallawa Cup on Saturday.

Track Flash, trained at Moree by Peter Sinclair, had already annexed the Boolooroo Cup at Moree picnics two weeks earlier – his second in as many years – and is now poised to become just the fourth horse in 88 years to win all three cups on bush racing’s Golden Triangle when he tackles the Talmoi Cup at Garah on June 23.