A “TEST-TUBE” thoroughbred colt bred by a Swedish veterinary scientist using a newly-developed and top-secret procedure called Collective Hereditary Infusion – a mixture of genetic engineering and synthetic biology – has been foaled at a covert location on the outskirts of Moree, a small farming town in north-western NSW, Australia.

Using genetic engineering, targeted “speed” genes and specific DNA have been extracted from four of the world’s fastest racehorses and chemically infused into an artificially inseminated thoroughbred embryo.

Using an unraced broodmare as a surrogate mother, the resultant bay foal – named “Frankie” after Mary Shelley’s fictional scientist Victor Frankenstein – is expected to gallop at speeds of up to 120kph once fully developed.

Helsingborg-born scientist Dr Isak Bjorkman, 71, who moved to Australia in 1974 to work on the Pine Gap satellite tracking station in the Northern Territory, created Frankie after 10 years of top-secret research – code-named Operation Stultus – at a privately-bankrolled laboratory about 40km north-west of Moree.

The 6mx4m one-room laboratory, which also houses Dr Bjorkman’s living quarters, is concealed inside a disused shed on a cattle-grazing property a few kilometres west of Ashley, a small village 17km north-west of Moree.

The unassuming building – purposely clad with rusted corrugated iron – is shrouded by trees and barely noticeable from a distance.

A dual-stabling complex for Frankie and his mother, also a bay, has been erected inside the shed, with access to an adjacent day-yard.

Frankie was foaled at 2.37am on November 24 last year. Both he and his mother are in good health and being closely monitored by Dr Bjorkman, a world-renowned veterinarian.

Once Frankie is ready to be put into full work as an early two-year-old he will be relocated to a prominent Sydney racehorse trainer.

Because of his artificial genetic make-up, Frankie will not need to be broken in. 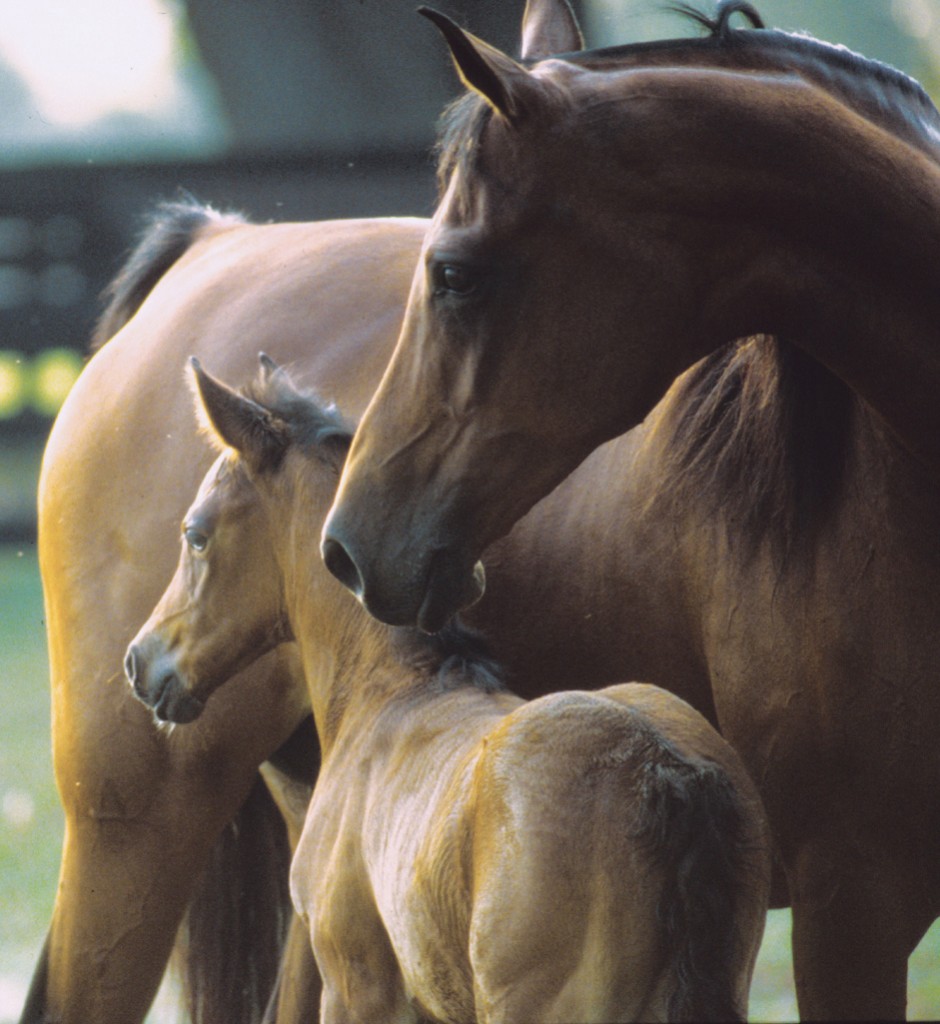 Frankie and his mum at a well-hidden stabling complex north-east of Moree (Image: horsenation.com)

However, because of expected global debate regarding traditional breeding methods, probable legal wrangles and ethical arguments from anti-genetic engineering lobby groups and animal rights activists, Frankie will not be used for competitive racing.

“Frankie will be trained as a racehorse but will not race for obvious reasons; racing’s global governing bodies would never allow him to be registered as a racehorse,” Dr Bjorkman said.

“Having him in full work however will give us the opportunity to find out just how fast he can gallop; my educated guess is that he will exceed 100kph.”

Operation Stultus’s research and development has so far cost more than $12 million. The highly controversial process however is potentially worth billions of dollars – if not trillions – if Frankie performs.

“The possibilities are endless . . . this is just not about breeding the fastest racehorse in history,” Dr Bjorkman said.

“The process I have used here – a process I call Collective Hereditary Infusion – will in time be used in a multitude of ways. In years to come, the term ‘CHI’ will be as common as the term ‘DNA’.

“CHI is similar to cloning, however my process only copies specific genetic targets – in Frankie’s case the speed of four of the fastest racehorses in the world,” he said.

To protect Dr Bjorkman’s discoveries, CHI patents and trademarks have been lodged worldwide.

“I have deliberately experimented with horses, because they are bred to run fast and the “speed” gene in thoroughbreds has been relatively easy to isolate. The principle aim of CHI is to target and enhance an animal’s characteristics and abilities by isolating certain genes and DNA and infusing them into test-tube embryos,” he said.

“If Frankie can run twice as fast as any other racehorse when he grows up, then I will look at ways of using the procedure on other animals – including humans.

“Imagine police dogs that are 10 times more intelligent that what we have now, sheep that can be shorn half-a-dozen times a year, hens that can lay egg after egg after egg or dairy cows that can endure 10 milkings a day,” he said.

“In decades to come there will probably be no such thing as trains, planes or automobiles; humans will be able to run or swim to their destination faster than any mode of transport.

“I pose the question: In the future, can CHI be advanced and developed enough as to enable humans to fly?

“As I’ve already said, the possibilities are infinite.”

Dr Bjorkman said he chose Moree as a base for his history-making work for several reasons.

“My backers have vast commercial and agricultural interests in the district, so obviously they wished that the research and development be undertaken close to home,” he said.

“I have no problems with that, and, to be quite honest, the isolation is ideal for the work I’m doing.

“I have been able to go about my business with complete anonymity. I travel in to Moree about once a fortnight for personal supplies. Anything I need that is related to my work is transported to a local freight depot and collected by one of the project’s backers,” he said.

As news of Frankie the genetically-engineered racehorse filters across the globe today, more articles on this amazing scientific breakthrough will be posted this morning, including:

* Why Frankie isn’t just another “Dolly” the sheep

* Who is Dr Isak Bjorkman?

* Why Frankie will never be used as a commercial stallion

* How Frankie has put Australian science on the world stage