Ms Hutton, from the Bingara district, has been in Berlin for more than five years as a member of the Deutsche Opera Berlin ensemble.

She commenced there as a young artist in 2013, and has risen through the ranks to be a principle ensemble member of the company. 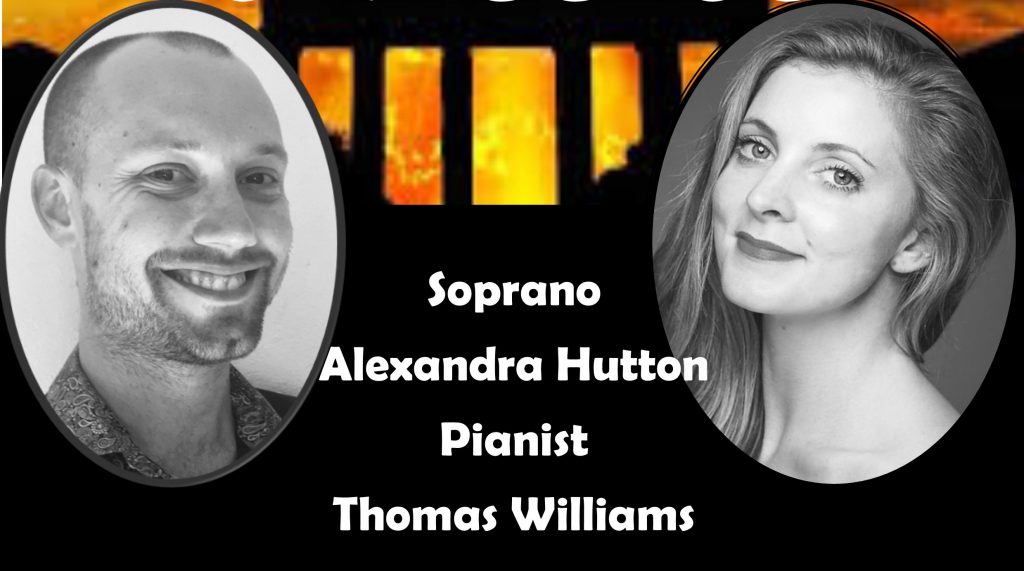 She has lead roles in productions of Cosi fan tutte, La Boheme, The Marriage of Figaro and La Rondine.

Mr Williams worked as a repetiteur for the Staatstheater Braunschweig in Germany from 2014 until the end of the 2016 season.

He is currently living and working in Melbourne and plans to complete his Master of Teaching degree in June.

“I have been studying at the University of Melbourne in order to gain my qualification as a school classroom music teacher,” Mr Williams said.

This will be the first time Mr Williams and Ms Hutton have performed together. 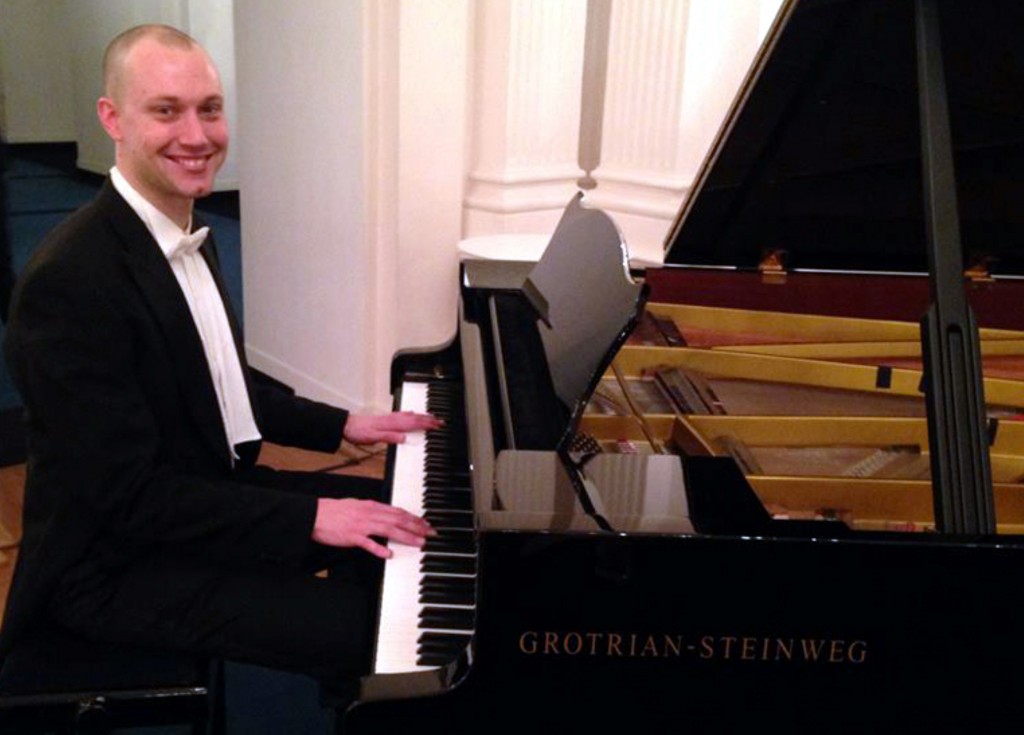 Thomas Williams will be home in Moree to perform Concert of Classics with Lexi Hutton (Image Supplied).

“I haven’t worked with Lexi before,” Mr Williams said.

“We met when I was living in Germany and got in touch with her as we had some mutual friends from around Moree, and also professionally.

“Lexi hasn’t been home for a while – I think about five years – so for her this concert is definitely a homecoming of sorts,” Mr Williams said.

“For me, I just love performing in Moree as it is very familiar to me and audiences are always very supportive.”

“This will include some classic operatic arias, some musical theatre numbers, and also a couple of piano solos,” Mr Williams said.

After Friday’s performance, Mr Williams will return to Melbourne to finish his Masters.

“I’ll then continue working in Melbourne as a classroom teacher and come back (to Moree) to do some performances, too,” he said.

“Uni took up what practice time I might have had, so once I’ve graduated I would like to start doing some regular practice again.”

Tickets for Concert of Classics are just $30 per person and available from Sylvia’s Fabrics or at the door. 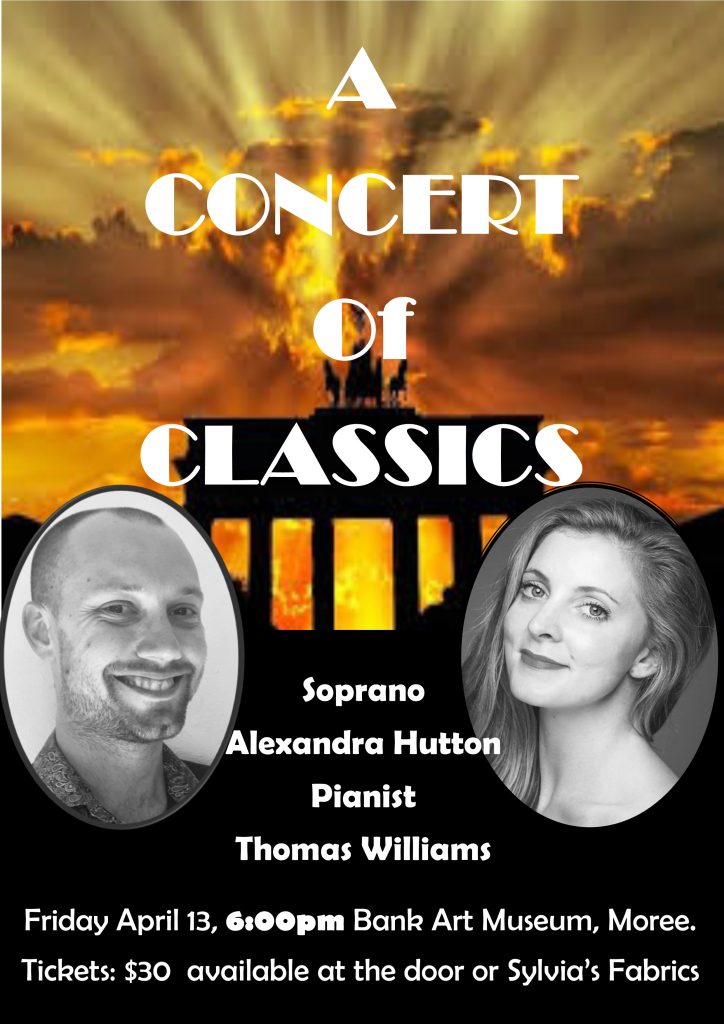 Next post
Moree owners ponder the question: Is Shamurt ‘the one’?