He’s won junior and senior Group 21 and Group 4 premierships as well as a 1996 Clayton Cup – the symbol of supremacy in NSW Country Rugby League.

But the local builder was handed his biggest reward when the new grandstand at David Taylor Oval, Werris Creek was unveiled as the Ron Dellar Grandstand.

Chris Holley, a long-serving former secretary and committeeman of the club, then made the official opening speech.

“I now declare this magnificent grandstand the Ron Dellar Grandstand. It’s a fitting tribute to a man who has devoted the majority of his life to playing and coaching,” Holley said.

“Ron is the most successful coach ever here since he started playing juniors in 1969. 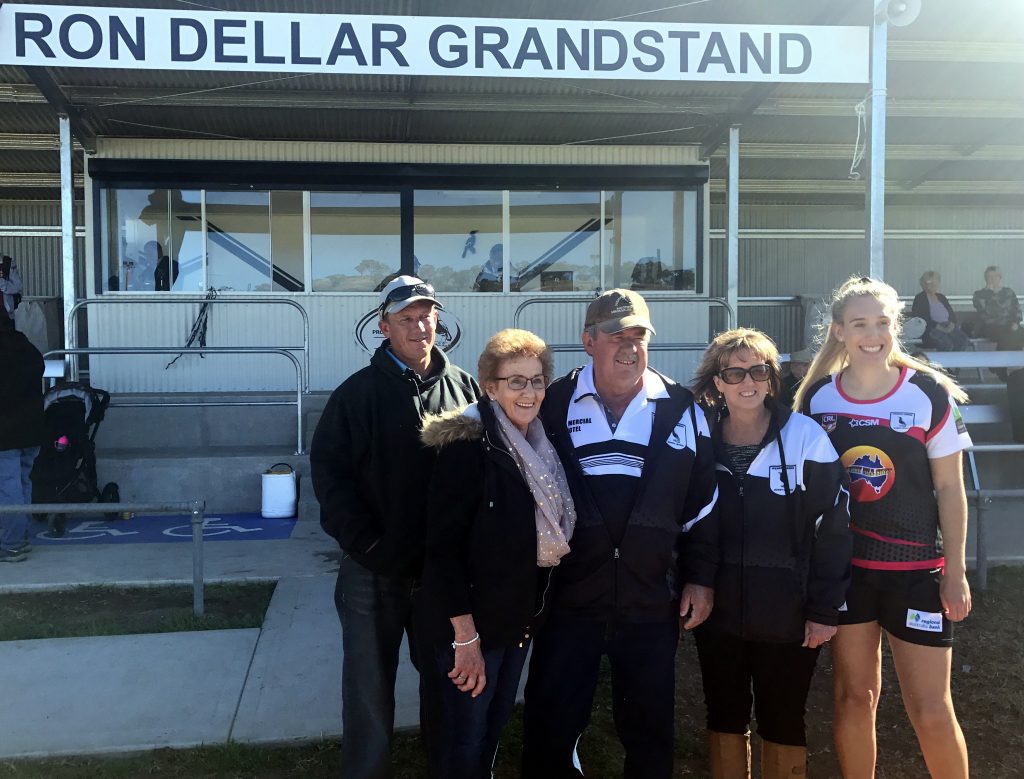 “He’s experienced the highs and lows in the game.”

Ron Dellar was humbled and filled with pride to have so many people present to honour something he has done “for fun”.

“I actually helped build the stand,” the 66-year-old builder laughed.

He first started playing for the Magpies as a 16-year-old in the Under-18s.

He would sometimes play juniors and then reserve-grade. In 1978 he captain-coached the Magpie reserve-grade side for two years with the legendary Bill Bischoff coaching first grade.

In 1992 he coached the first-grade side, which finished last.

However, the next year they won the Group 4 first-grade premiership with a 20-16 win over Gunnedah.

It started an amazing few years for the Magpies.

The Magpies also won a Clayton Cup that year and then in 1997 they drew 34-all with Wee Waa at Wee Waa and went back the following week to win the replay 22-21.

Since those heady days the Creek has meandered along, spending two stints in Second Division and winning 2010, 2012 and 2016 titles before returning to the new revamped Group 4 first-grade competition this season.

“The amount of Under-18s I run into now. You walk down the street in Scone or Muswellbrook and someone pulls you up.”

Dellar also coached Group 4 under-18 sides for a decade with great distinction, too.

The 1996 Clayton Cup is a crowning glory, he said.

“Winning the Clayton Cup was the pinnacle,” he admitted.

“It’s great we are back in first division though. We’ve done our best to get back.”

It’s something that will become an annual event after so many former players and supporters turned up at the ground and for the official function at the local golf club.

Moree pre-schoolers boosted by $13,259 worth of Christmas cheer

Next post
Moree pre-schoolers boosted by $13,259 worth of Christmas cheer