THEY celebrated their 40th birthday last weekend and the volunteers and supporters of the historic Carinda House community centre in Warialda reckon they couldn’t have had a better celebration gift than the one local State MP Adam Marshall has delivered.

Mr Marshall announced a $50,000 NSW Government grant that will help upgrade some of the facilities at the 138-year-old building in the centre of town.

“Carinda House is one of the iconic architectural buildings in Warialda, a real tourist attraction but the hub of so many local community events and groups, so it’s fitting that the Gwydir Shire Council and the Friends of Carinda House have identified that it needs a bit of a modern update,” Mr Marshall said.

“It’s one of the pioneer homes and the oldest two-storey building in Warialda and it has a wealth of historical artefacts in it that attracts so much attention, especially from out-of-town visitors who love to explore that heritage.

“The Carinda House volunteers are justifiably proud of that and they work hard and are so enthusiastic and committed to their cause in showing it off and seeing it used for so many community activities including operating the craft shop and art gallery.” 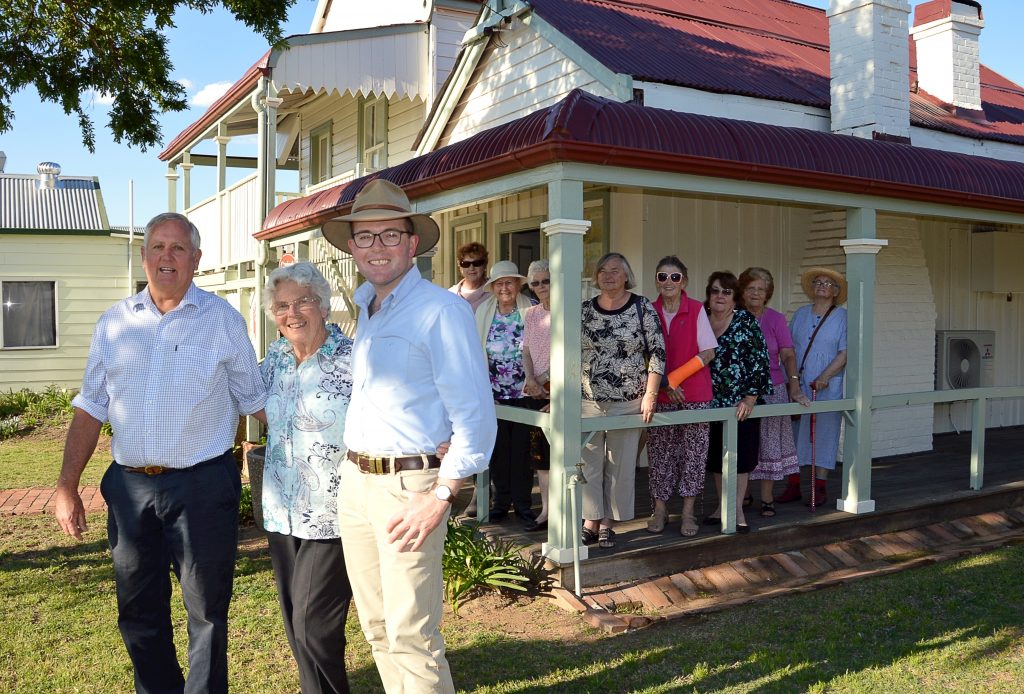 Carinda House President Pam Ramsay said the funding news came just as they were celebrating the 40th anniversary of the Friends’ group taking over the occupation and running of the two-storey building.

“People love the architecture; when they come into the shop they also ask about its history,” Mrs Ramsay said.

“We were really looking forward to getting this funding so we can keep things happening here.”

Mrs Ramsay said the building was built in 1880 by WH Crane for his family and was originally a one-storey structure of pit-sawn timber slabs before the Crane family grew to include six daughters and a second storey was added about 1900 atop some sturdy tree stumps.

It was also used as a maternity hospital, boarding house, and later stock and insurance agency.

Today, Carinda House and its Stump Room, the downstairs section that supports the second storey on those tree stumps, is a meeting space that will get some air conditioning and there will be an upgrade of the kitchen area to better service functions and catering efforts, new floor coverings in the upstairs hallway and an upgrade to the rear outdoor area, including parking.

Mr Marshall said the grant funding would retain that heritage while updating some of the amenities to keep it functional and ensure its community cultural value.

“You can really step back in time in Carinda House, you can see the most amazing old items, like a hip bath, wood fired copper, an old fireplace in the kitchen and those tiny doorways, old china tea sets, even a bed and bridal gown of one of Mr Crane’s daughters,” he said.

“Carinda House came up for sale in 1977 and the locals got together including Mrs Ramsay who was there right at the start, and fundraised the money to purchase it as a community cultural centre.

“Their support for it hasn’t wavered over all that time and they’ve continued to fundraise to keep things going with a fair bit of help from the local council who supports it and looks after some of the maintenance.”