Mr Marshall inspected the tanker yesterday in Warialda with RFS Namoi-Gwydir Zone Superintendent Michael Brooks and local brigade members and was impressed with the sophistication of the $440,000 unit. 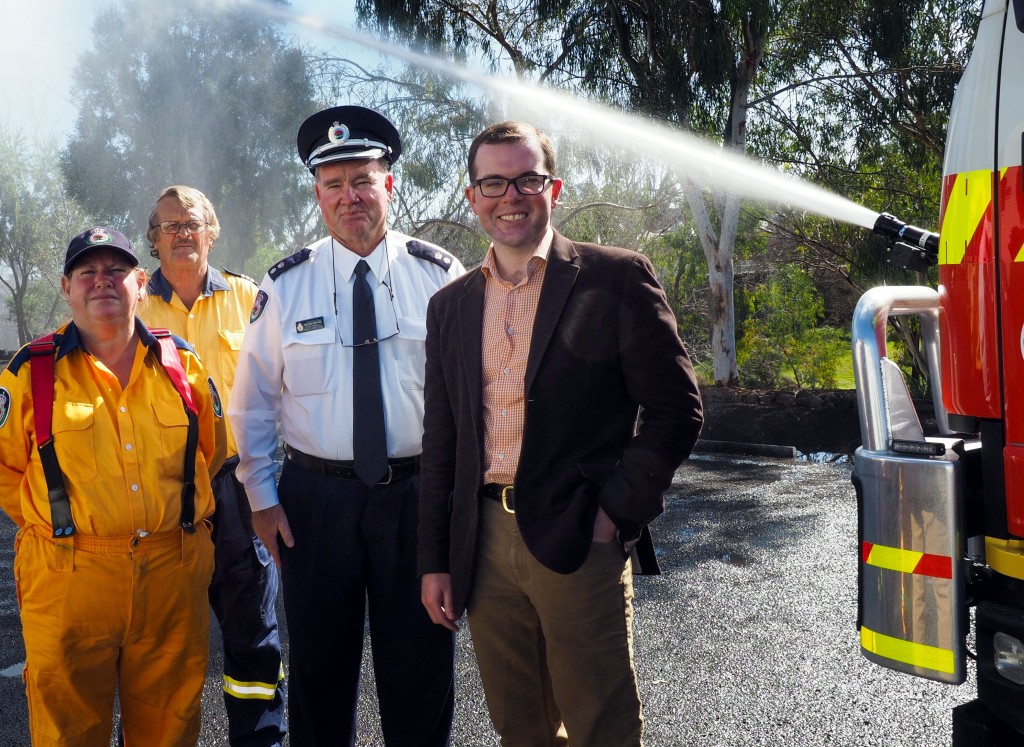 “Using a joystick in the vehicle cab, an operator can direct a high-pressure stream of water at rates of up to 450 litres per minute at a target 60-70 metres away,” the MP said.

“Alternatively, the front-mounted cannon can cover a wide swathe directly in front of the truck.

“An infrared camera that can detect firefighters in low-visibility conditions is projected onto a screen inside the cabin, so the operator doesn’t inadvertently blast a colleague.

“The truck itself uses a powershift automatic, freeing the driver from changing gears so they can attend to other tasks.”

Mr Marshall said the state-of-the-art tanker added to the increasingly formidable fire-fighting capability in the Northern Tablelands, which was crowned by the new RFS air base at Armidale Regional Airport.

“We’re not going to get on top of every fire immediately, but it’s safe to say that our local RFS brigades are now better equipped than at any time in our history to tackle bushfire and help save property and life in our region,” he said.

“Tankers like this will be a huge boost for our RFS volunteers come this year’s fire season and I know they’ll be put to good use.”

Mr Marshall said that of the only 10 CAT 6 tankers currently in service across NSW, six of them were based in the Warialda, Narrabri and Moree areas.