WARIALDA High School’s student leaders got a taste for NSW politics yesterday during a tour of the oldest Parliament in Australia. 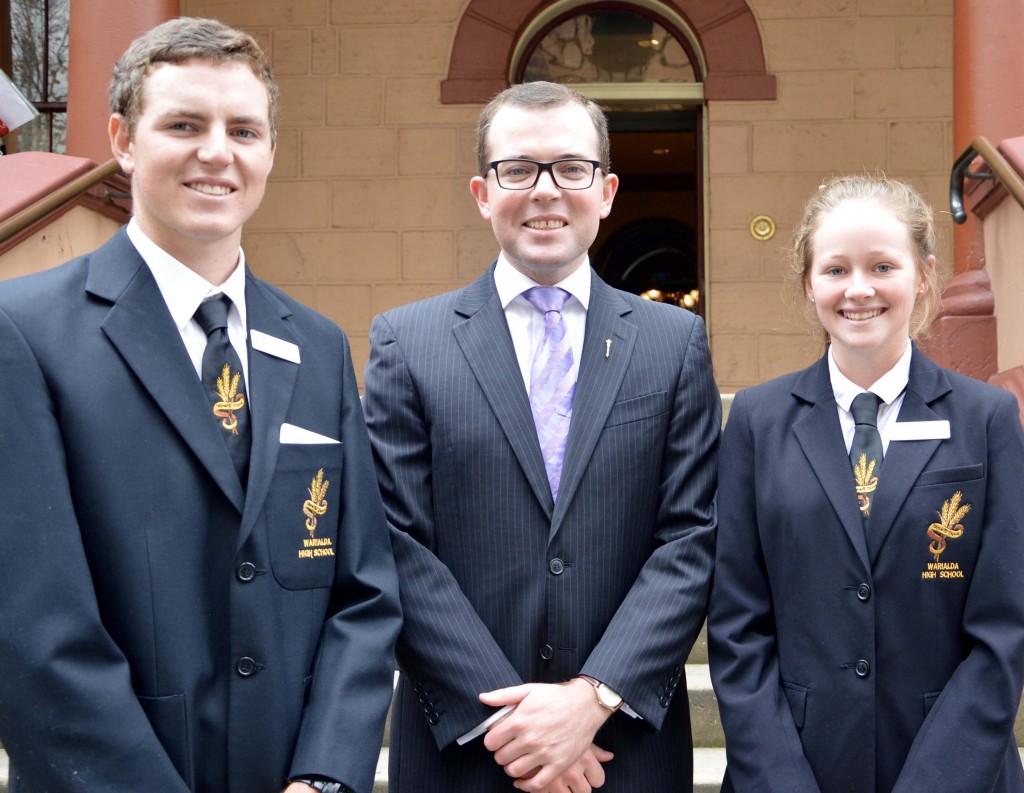 “This program provides students with the opportunity to meet their elected representatives and to develop their knowledge of constitutional and parliamentary proceedings including the role of the Governor and the workings of the Parliament,” Mr Marshall said.

“Jordan and Jessica were exceptional ambassadors for their school and it was a pleasure to have them in Parliament and personally welcome and mention them from the Speaker’s chair during a debate on the floor of Parliament while they were in the public gallery.”

Mr Marshall said the student leaders, together with their colleagues from schools across country NSW, began the day listening to addresses from MPs before quizzing them on the life of a politician.

“As Parliament was sitting, the students also had the chance to view both Houses in action before heading off to Government House to meet His Excellency the Governor.

“The program was a great opportunity for the students to develop their knowledge of constitutional and parliamentary proceedings including the role of the Governor and the workings of the Parliament.

“It was wonderful to meet Jordan and Jessica and I hope they enjoyed their time visiting the ‘people’s parliament’ learning about parliamentary proceedings.”