VANDALS have destroyed a yellow community sharps bin along the pedestrian walkway under Dr Hunter Bridge, scattering the needles along the banks of the Mehi River.

The 240L sharps disposal bin’s metal enclosure was smashed open and the wheelie bin removed while the sharps and black boxes (fitpacks) were strewn about the footpath and river reserve with no care of the danger to the public or the people who have to clean up the mess.

“It is with total disgust that we have to witness such vandalism. I have to ask what goes through the minds of people to put the community at risk, not to mention themselves,” Cr Humphries said. 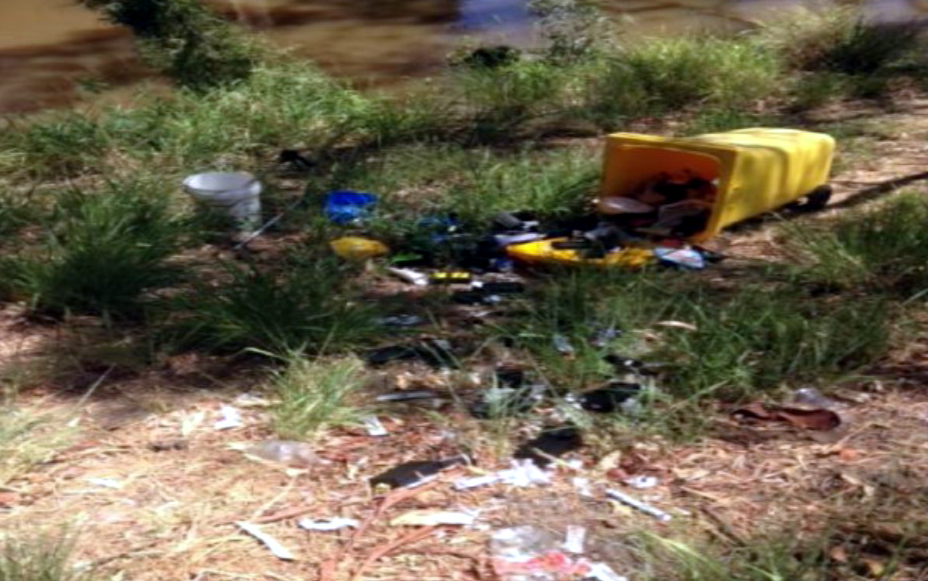 Vandals leave carnage after destroying a sharps bin in Moree.

“Moree Plains Shire Council has gone to considerable expense to assist in the disposal of syringes with bins installed in areas that are easily accessible and in places frequented by residents, traveller, and those required to medically self-inject,” she said.

Sadly the ongoing wilful destruction of community sharp bins through vandalism and reckless disregard for the contents has meant Council has been relocating some bins and removing others.

While the risk of acquiring a serious infection as a result of an accidental injury from a community sharp is extremely low, the anxiety resulting from such an injury can be significant.

“We want to keep everyone in our community safe from accidental injury, so place community sharps in approved containers and use the specially marked sharps disposal bins,” Cr Humphries said..

“Never put community sharps in public litter bins, in household waste or recycling or flush them down the toilet or through into drains,” she said.

Community comment called for regarding deregulation of Moree-Sydney air service