The restorers’ club, which had only just re-formed in recent weeks after disbanding, was the worst affected.

“We have lost everything,” a club member said.

Among the wreckage was a vintage Land Rover, vintage table-top Ford truck, photos and memorabilia as well as furniture, fridges and freezers. 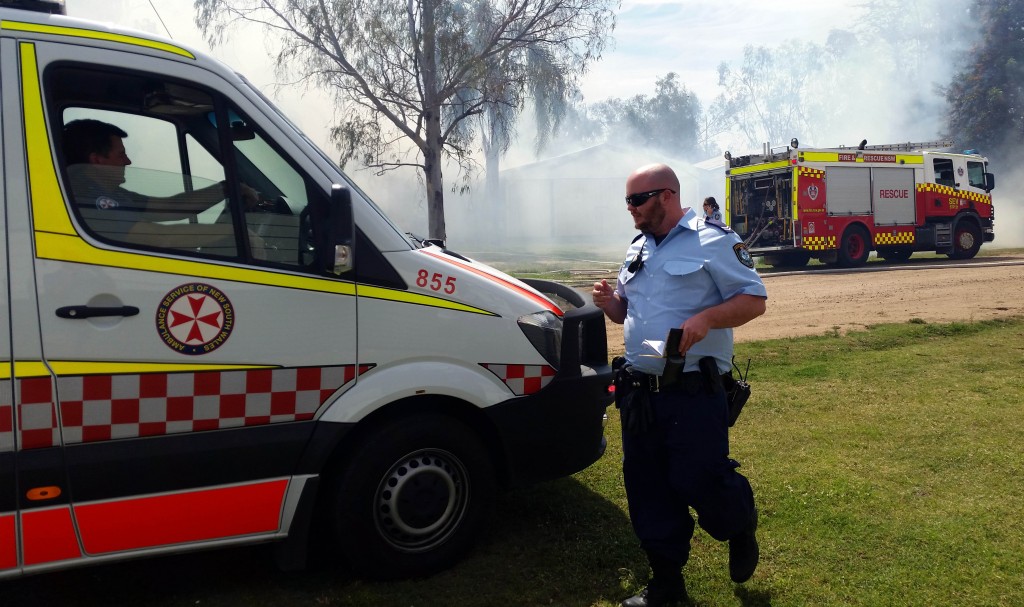 The Moree Show Society, which leases one of the sheds, may have lost valuable equipment including a state-of- the-art PA system.

“When are these people going to realise that the things we work so hard to get are for the whole community . . . makes you want to just give up trying,” Show Society secretary Karen Munn said.

The society will assess the damage and release a statement today (October 31).

“We may have come through it relatively unscathed however we will have to wait until tomorrow to see the extent of the damage. (It is) so disappointing that there is no respect for community assets,” Mrs Munn said. 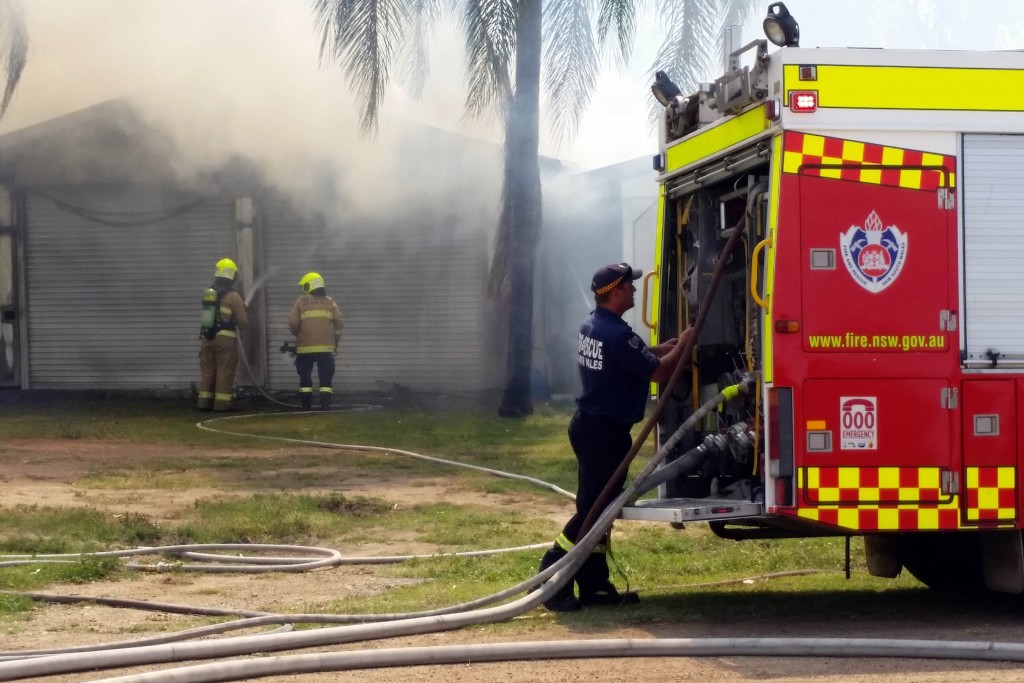 Moree fire brigade, police and paramedics were called to the showground at around 2.30pm on Sunday when the storage facilities were allegedly deliberately set on fire.

The sheds, on the eastern side of the showground, were gutted by the blaze.

Nearby scrub also caught alight but was contained.

Fire crews quickly contained the fire shortly after arriving at the scene but valuable contents were lost.

Police and fire crews were alerted to the fire by visitors staying at the showground’s caravan park.

Witnesses were helping police with descriptions of alleged suspects seen near the sheds just prior to the blaze.

The fire comes on the back of a nearby vacant dwelling fire near the Warialda Street entrance to the showground, also believed to be deliberately lit, just two weeks ago.

There were no injuries and Moree fire crews quickly contained the blaze, with paramedics on standby. Police made extensive inquiries and took statements from witnesses.