Vale Paul Raveneau: Poey to be farewelled March 19 in Moree

MOREE Boars return to the Group 4 rugby league playing fields in May but they will do so without one of their favourite sons and true champions – Paul “Poey” Raveneau.

Paul, the 27th life member of the Boars, passed away last Friday, March 5.

The former first grade star played more than 350 games for the club, 221 of them in first grade.

He also captain-coached the first grade side to the 2004 Group 4 Grand Final and coached numerous sides for the club and junior league over many years.

Paul moved to Ballina about three years ago with wife Stacey and sons, Bryce, Layne and Peyton.

He was diagnosed with pancreatic cancer late last year and will be farewelled in a graveside service at the Moree Lawn Cemetery on Friday, March 19 at 10am.

“He was massive for the club,” Mitchell said. 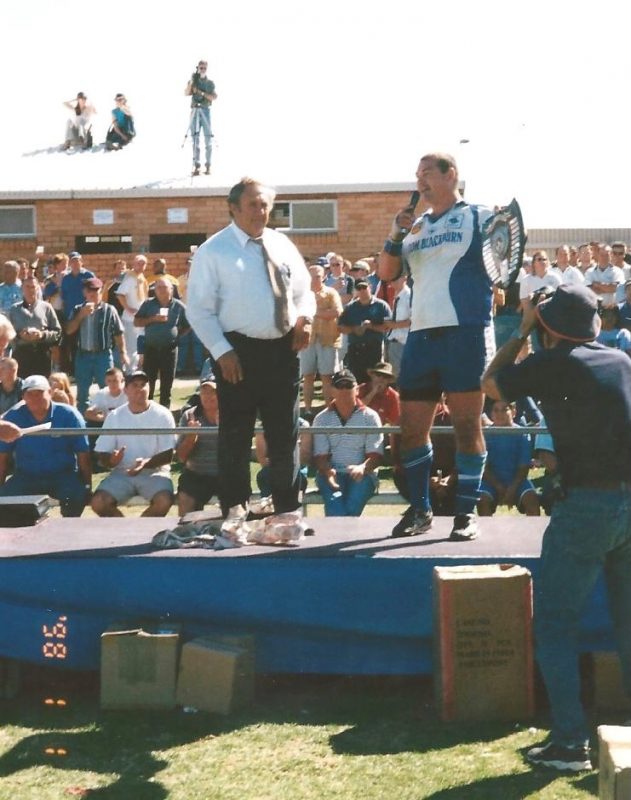 “To Poey’s wife Stacey and sons Bryce, Layne and Peyton, Poey’s parents Paul and Judy, sister Janice, brothers Steve and Luke and all your extended families our hearts go out to you all at this sad time,” the club obituary read.

“To all Poey’s mates, we have never seen such genuine love for this bloke as you have all shown over many, many years of friendship. You are no doubt the tightest bunch of mates anyone could ever witness and there are a lot of you. Rest In Peace Poey.”

He played more than 350 games for the Boars, 221 in first grade, which is the most since records were kept.

He scored 176 tries and kicked one goal.

He also played in the 1999 and 2002 First Grade Grand Final winning teams and captain-coached the Boars to a Grand Final in 2004 against the Jamie Lyon led Wee Waa Panthers.

That was against all odds after the closure of the Leagues Club.

“Poey’s determination that year and the love for the club was the main motivator in the Boars reaching the Grand Final,” Mitchell said.

“His leadership of the club in those tough years is one of the main reasons why the Boars are still playing football today. This must never be forgotten in the history of the club.

“Poey coached so many teams (some to Grand Finals in both under 18s and reserve grade) there is too many to count.

“He always had this great knack of getting a team together and bringing the best out in them no matter their ability. And there is one thing for sure in a Poey coached team you had a damn good time.

“A proud indigenous man, Poey also played for the Moree Boomerangs with his brothers Steve and Luke in many of their Aboriginal Knockout teams and was always proud to wear their colours, representing his people,” Mitchell said.

“He coached at junior levels both in Moree and at representative levels. Poey was never afraid of a challenge and took up many including refereeing. 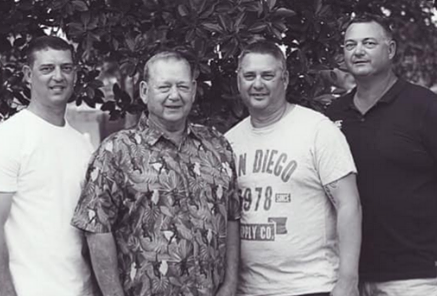 “In recent years Poey was announced the 27th Life Member of the Club, an award he was very proud of and very deserved.

“Poey played a massive part in holding this Club together for many years; it’s now up to us all to continue the legacy of another great Moree rugby league man taken way too early.”

His death, as did his life, touched many people.

He was a unique player, a big man with a shuffling running style with hardly any raised knee movement, yet he still travelled over the ground faster than most.

He could play in the forwards or out in the centres where he would terrorise smaller players. He always played it hard and tough but fair.

Tim Penn reckoned him a “tough player to play against and a great bloke to play with – RIP legend”.

“I first saw him play as a junior for Moree against our Under 18 side (Armidale YCW) in 1992,” the former goal-kicking prop said.

“I was coaching the boys (YCW) and we had our work cut out to stop him.”

YCW were able to repel Poey’s, and the Boars, threat to win that premiership after coming from fifth to beat Inverell at Inverell, Moree Boomerangs at Moree and then Moree Boars at Glen Innes in the grand-final.

“My condolences to the family,” Greg Sauer said.

“He was a tough but fair competitor and a great clubman.”

Michael Squires grew up with Paul and played a lot of football with him in those Moree Boar wins and losses.

Paul was a giant, in stature and character, Squires wrote.

“An older brother to me and the most loyal friend,” he penned on Facebook adding a little “brotherly” humour as well.

“I’ll miss your stories about how I mowed Alf Scott’s lawns every year in football season to get the best and fairest points but most of all I will miss you, rest easy my brother.”

“Poey was known near and far,” Janice Raveneau said.

“He started playing footy at age five and ended when he turned 40. He had massive achievements with his football career and always classed himself as the best footballer in the family. Before passing he handed the reins over to little brother Luke.

“There will be no other like Poey. He loved his family and the game of rugby league.

“He was a great community man who has left behind an amazing legacy.

“Paul has given so much not only to the town of Moree but the greater region and the game of rugby league.

“He was a mate to many and a gentleman to all,” Janice said.