UPDATED: Ice worth more than $700,000 seized in Ashley and Moree raids

ONE of the biggest police raids seen in the Barwon Local Area Command in recent years has netted vast quantities of illegal drugs, firearms and a haul of property alleged to be the proceeds of crime, a NSW Police media statement said on Wednesday, January 18.

Officers from Barwon LAC and the Western Region conducted the large-scale operation – code named Strike Force SASSAFRA – at Ashley at around 9am on Tuesday morning and Moree on Wednesday.

A boat and trailer, a trail bike, quad bike, ride-on lawn mower and a motorbike were also seized and are believed to be the proceeds of crime.

Five motor vehicles were also seized, alleged to have been used in the supply of drugs through the area.

Strike Force Sassafra is an operation by officers attached to Barwon LAC targeting the ongoing supply of illicit drugs in the Moree region, the media statement said. 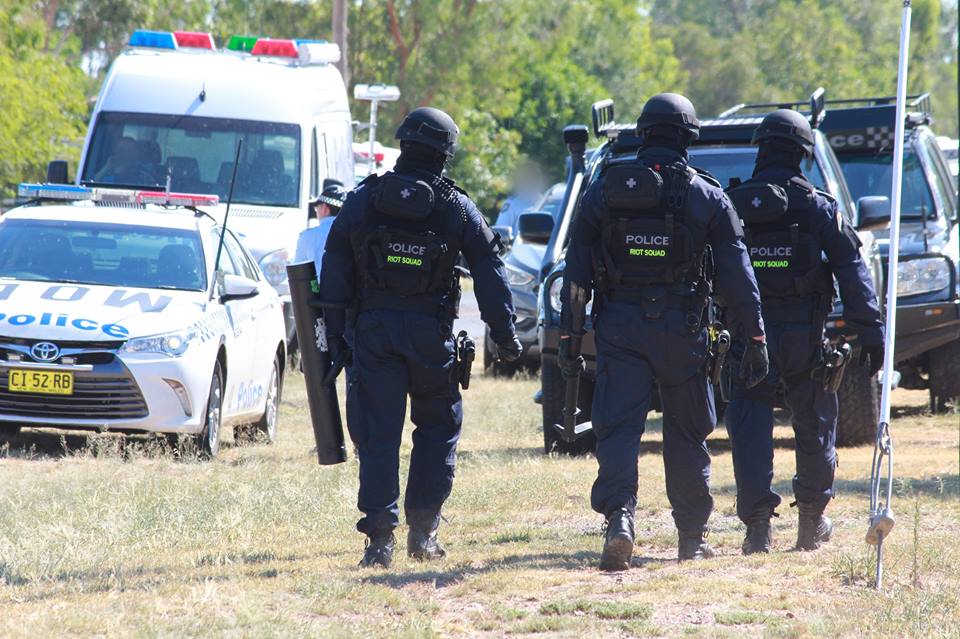 Officers were in Ashley for more than 10 hours, before concluding investigations at around 7pm, Tuesday evening.

Dozens of officers, including members of the riot squad, and numerous specialist police vehicles were used in the raids on seven homes in Ashley, a small community about 17km north-west of Moree on the Carnarvon Highway.

The two men appeared at Warialda Local Court today (January 18) and were bail-refused to appear at Moree Local Court next Wednesday, January 25.

Two additional search warrants were executed at homes in Moree on Wednesday resulting in the further seizure of drugs, a vehicle and other property alleged to be have been used in the supply of prohibited drugs.

A 24-year-old man was arrested during one search warrant and has been charged with ongoing supply of prohibited drug and participate in criminal group.

He has been bail refused to appear at Moree Local Court on Tuesday, March 21.

The nine-month investigation by Barwon LAC investigators has resulted in the seizure of more than 300 grams of methyl amphetamine, commonly known as `ICE’, which equates to about 3000 street deals of the drug, with an estimated street value of between $500,000 to a $1,000,000.

More than 500 grams of cannabis was also seized during the investigation.

“Detectives attached to Strike Force SASSAFRA have been working tirelessly over the past nine months to bring to resolution one of the largest operations seen in Western Region for some time,” Mr McDonald said.

“The severity of the charges levelled against these offenders is above anything seen in Barwon Local Area Command before.

“I cannot adequately express my pride and admiration for the officers involved in this investigation. They should all be extremely proud of the work they have done for this community.

“The resulting impact should not be underestimated… and we are not done yet,” he said.

One villager, who wished to remain anonymous, believes drug dealing in Ashley had been ongoing for “quite some time” and was “relieved” that action had been taken on such a large scale.

“There seemed to be lots of drug raids on a number of houses and lots of property taken away,” the resident said.

“It was a bit scary having all the police here, but I’m glad they did it because these offenders need to be caught.

“I believe that (drug dealing) is something that has been going on for quite some time (in Ashley).”