JOCKEYS Ricky Blewitt and Michael Gray are recovering after suffering shocking injuries in a horrific three-horse pile-up in the 800m Class 2 Handicap at Tomingley picnic races on Saturday.

Blewitt, a well-known face on bush racing’s Golden Triangle circuit, has suspected abdominal injuries as well as spinal and back injuries.

He was airlifted to Westmead Hospital in a critical condition and is awaiting scan results.

There was a small bleed on the brain but he is conscious and quite aware of what happened.

Blewitt underwent scans to his spine, abdomen and ankle.

The popular jockey, who hopes to be transferred home to Narromine on Monday, said the fall happened about 300 metres after the start.

“I was following Mick (Gray) and he came down. I was right behind him and had nowhere else to go, bar over him,” Blewitt said.

Blewitt said he will know more about his injuries when test and scan results come back, hopefully within the next 24 hours.

“It’s just a bit painful to breathe,” he said.

“I’ve got four broken ribs and three cracked vertebrae in my back. I also have to have some scans done on my shoulder and ankle, which is very badly sprained – they couldn’t really tell if there was a fracture because it is really badly swollen. 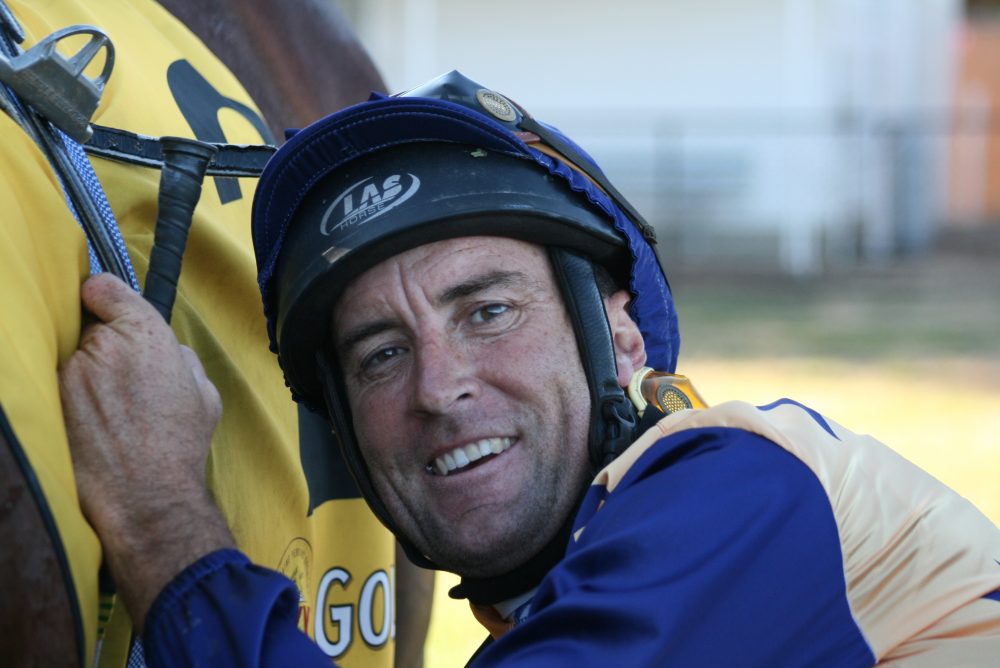 “I should be getting home tomorrow (Monday), all going well and I’ll find out today (Sunday) what the prognosis of all the damage is,” he said.

Hackett, a new-comer to the picnic circuit earlier this season after riding professionally for many years, was airlifted to Liverpool Hospital in a critical condition with head injuries.

His wife Lee said her husband underwent a CT scan Saturday night as well as three hours of surgery to relieve pressure from three suspected bleeds on the brain and on Sunday remains in an induced coma.

Gray, who won the opening race at Tomingley on Peter Stanley’s Promisorio, is also a regular on the Golden Triangle circuit.

He suffered a suspected collarbone injury and was transported to Dubbo Hospital. 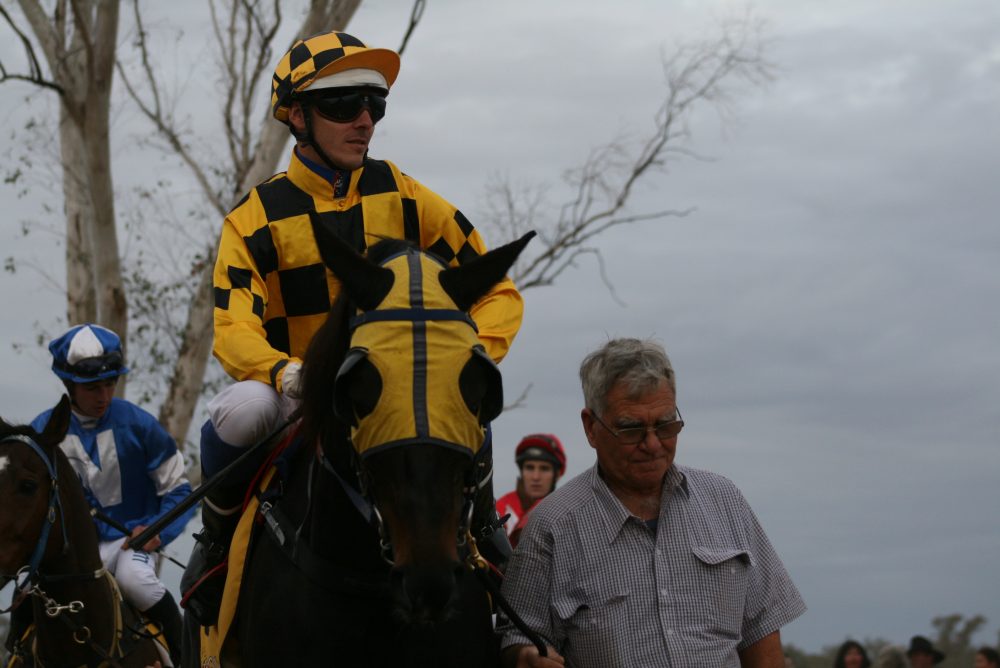 He has a fractured clavicle and late Saturday underwent scans to his head and neck.

Blewitt was riding George Wright Jr’s Run The Red; Gray was on Sikum for Sharon Jefferies; and Hackett was on Rodney Robb’s Another Plan.

All horses are reported to be unharmed.

Allan McRae’s Altessdain, ridden by Maddy Wright, won the 800m scamper by more than two lengths from Decades and Not So Wild.

Hackett, Gray and Blewitt are well-known on the NSW country racing circuit.

Hackett switched to the amateur ranks in February and quickly rattled off wins at Condobolin, Yass, Tottenham and Cootamundra.

Blewitt has blazed a trail on picnic tracks across NSW for many years, forming a winning partnership with Moree trainer Peter Sinclair at picnic meetings at Moree, Mallawa, Talmoi and Wean in the Hunter and north-west.

He won last year’s Moree, Mallawa and Wean Picnic Cups on Sinclair’s star galloper Track Flash – a horse he clearly marks as his favourite – among a long list of feature race wins on the NSW picnic circuit, including a quartet at Moree picnics last year.

The remainder of the meeting at Tomingley, in central-western NSW, was abandoned after the fall.

Do you know a deadly young person?