THEY are memories that stubbornly refuse to fade – and they were relived, replayed and often re-jigged at the perfectly-named Liars’ Bar on the Gold Coast at the weekend when more than 300 past and present Moree residents clinked glasses to celebrate two special moments in Moree’s sporting history.

Led by captain Terry Quinn and coached by John McLean, the team – ranging in ages from 15 to 18 – defied the odds and united a town as their quest for schoolboy rugby league’s holy grail became a reality.

Such was the importance of the game against Lismore, the Moree Cup the same day was put back two hours so people could watch the match at Taylor Oval before heading to the track for an afternoon at the races.

Moree was never supposed to win the final – it just wasn’t in the script – but a successful conversion by 15-year-old Bernie Briggs off a John Brooks try in the dying minutes of the game sealed the narrow victory.

The incredible series of wins, arguably Moree’s proudest sporting moment, was relived at a private dinner on Saturday night that brought together team-mates and their partners as well as coaches and supporters.

The dinner was also a tribute to hooker John Brazier, who sadly passed away last year.

He was represented by his children Jack and Annie, sister Johanna and 91-year-old mother Ruth, who remembers the grand final with absolute clarity.

“These men were a fantastic group of boys and they did Moree so proud,” Mrs Brazier said.

Coach John McLean, now 73 and retired at Newcastle, said the ties that bind were still strong after forty years.

“I’m just thrilled that all these blokes are still all together,” he said.

“They’re still good mates, even though they’re spread all over the place. They have grown up well and are so proud of what they’ve done.

“Winning the Shield was a big thing for Moree and the way the town celebrated with us and the things they did for us was incredible,” he said. 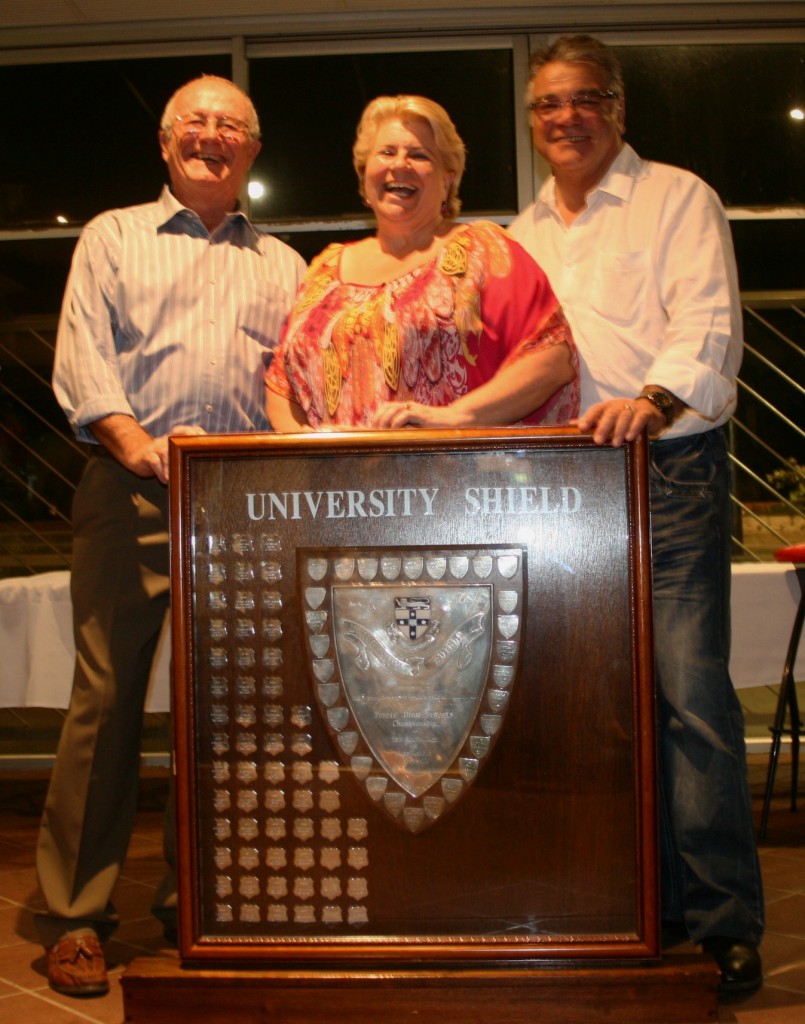 Leaders: Coach John McLean (left) with Moree mayor Katrina Humphries and team captain Terry Quinn with the cherished University Shield at the Moree on the Gold Coast reunion at the weekend.

Captain Terry Quinn, now CEO of NSW Country Rugby League, said having the team back together was an emotional journey.

“It’s been quite emotional and it’s fantastic to see all the boys – there were a few tearing up,” he smiled.

“It’s really lovely that we can get a group of people together that now live all over the eastern seaboard of Australia,” she said.

“Many of them have not seen each other in the last 10 years but they are obviously still very united. “This type of thing is good for rugby league, and wonderful for Moree. It’s fabulous to have, 40 years on, the University Shield team still together and still in pretty good shape.

“So often we hear negative stories about rugby league, but here we have a group of old footballers that can do anyone proud,” she said. 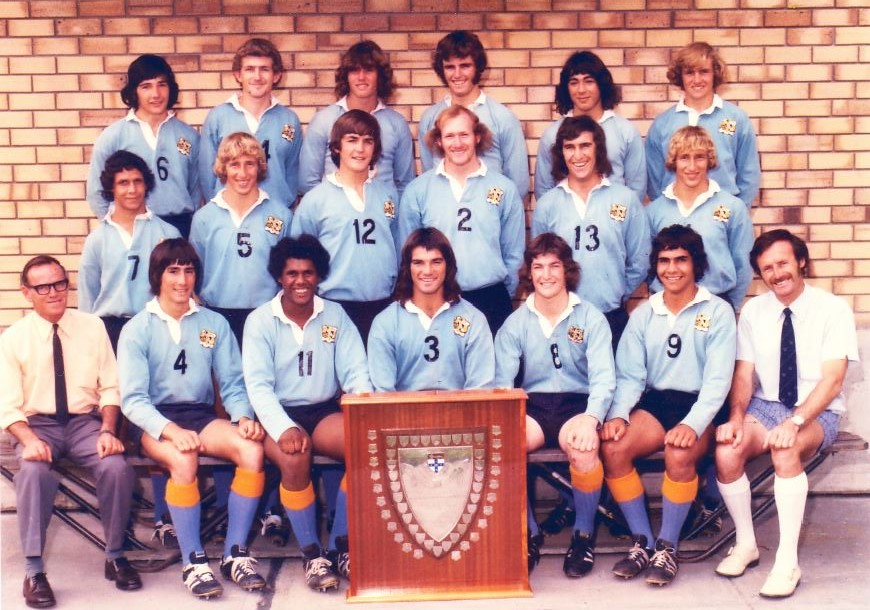 The weekend also embraced the 45-year reunion of the 1968 under-17s Moree Group 5 winners – an unbeaten outfit known as ‘Eddie Lumsden’s boys’ – as well as the 22nd annual Moree and district reunion at Mudgeeraba Showground.

University Shield player Mike Hadfield, who was instrumental in coordinating all three reunions that brought together hundreds of past and present Moree residents, said the ‘Moree on the Gold Coast’ weekend was something special.

“The beautiful thing about these reunions is that not only has it brought friends together, but families as well – in one case we had two sisters here that hadn’t seen or spoken to each other for 10 years or more,” he said.

“It’s these types of stories that make the whole weekend very, very special.” 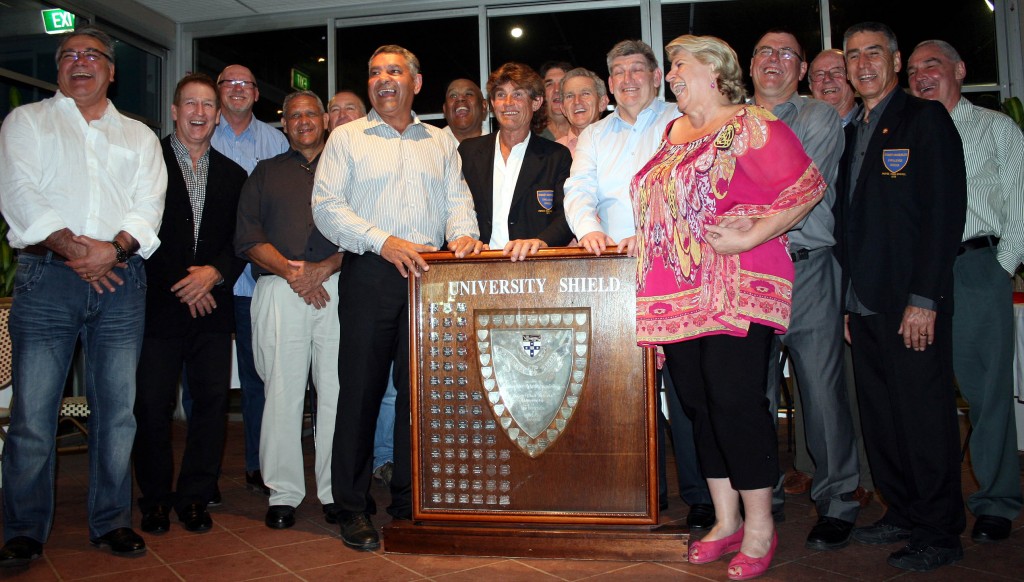 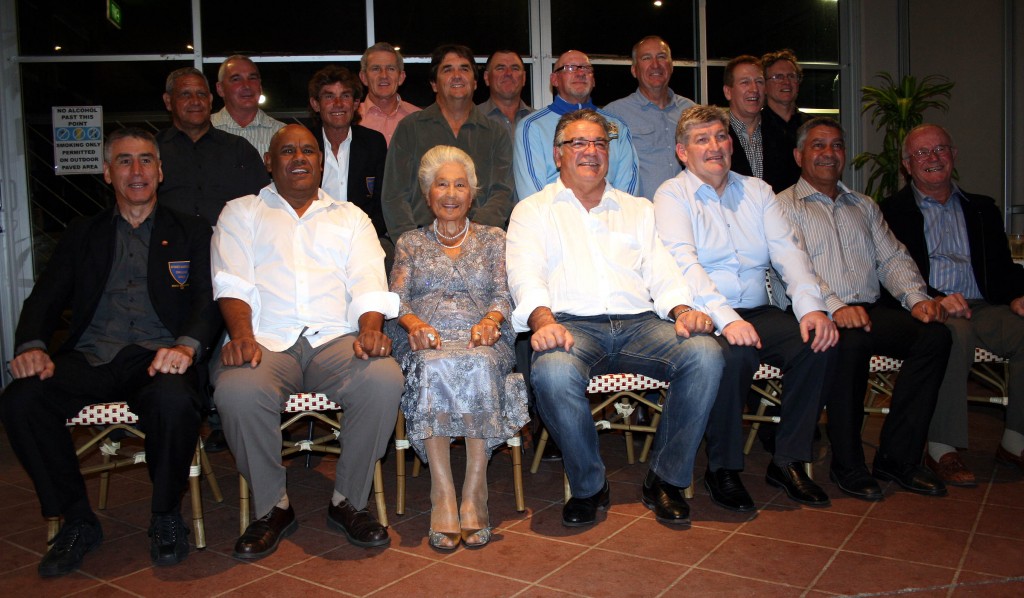