CHAMPION stayer Poitrel, the 1920 Melbourne Cup winner with close, historical ties to Moree, has been inducted into the Australian Racing Hall of Fame – one of the Australian racing industry’s highest accolades.

Poitrel was bred by William and Fred Moses who stood the Melbourne Cup winner’s sire St Alwyne at Combadello Station, west of Moree.

St Alwyne and Flavius stood at Combadello Station, one of the Moree district’s most historic farming and thoroughbred breeding enterprises, alongside Jacmar, a full-brother to 1906 Melbourne Cup winner Poseidon – also bred by William and Fred – before transferring to Arrowfield Stud, the famous breeding nursery founded by the brothers in the early part of the 20th century.

Valais went on to head the sires’ list for five years and produced a veritable honour roll of great horses, including Heroic, Fuji San, Vaals and Manfred.

Now, nearly 100 years after carrying 10-stone (63.5kg) to beat Erasmus and Queen Comedy by half-a-length in the race that stops a nation, Poitrel will join a pantheon of greats when inducted at a Racing NSW-hosted gala dinner at the Four Seasons Hotel in Sydney on Friday night.

“It’s a great honour, and an absolute privilege to be even asked to go down and attend the function,” Henry said.

Poitrel, voted by newspaper The Sydney Mail in 1932 as Australia’s best stayer of the previous 50 years, joins fellow 2018 inductees Abercorn, Aquanita and Karasi. 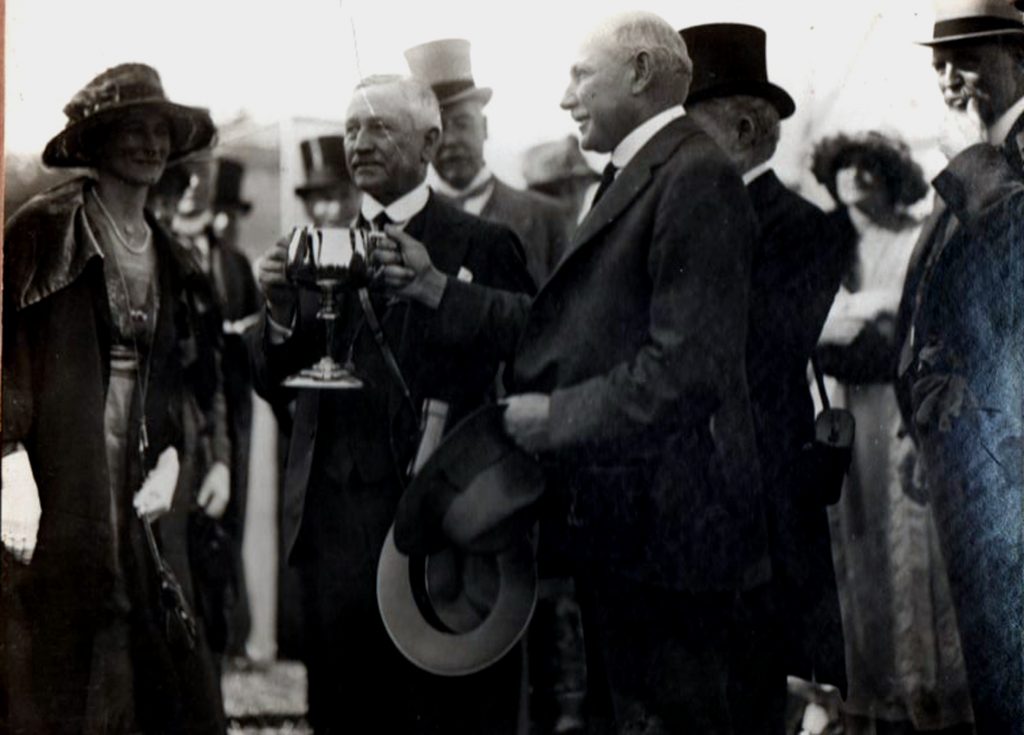 William and Fred Moses receive the 1920 Melbourne Cup trophy, won by Poitrel under a back-breaking 10st.

“I was having a look through the different times that the horses ran in the Melbourne Cup and Poitrel ran three minutes, 25.75 seconds, and it was the second-fastest time up until that date,” Henry said.

“He carried topweight of 10-stone and I don’t think that sort of weight has ever been carried since.

“It was a massive weight,” he said.

To breed and race such a champion as Poitrel was due reward for William and Fred Moses, who a few years earlier had let another champion they bred, Poseidon, slip through their fingers at the Sydney yearling sales.

Poseidon went on to win 19 races over distances ranging from five furlongs (1000m) to three miles (4800m) including the 1906 Caulfield Cup-VRC Derby-Melbourne Cup treble – a feat that has never been repeated .

But while the brothers let Poseidon go, they retained Poitrel when the future Melbourne Cup winner was passed in for 360 pounds.

Poitrel was sparingly raced because of hoof problems but still logged 17 wins from just 37 starts.

“A bit of folklore that’s been passed down – I’ve never really seen it documented – is that Poitrel had very shelly feet and they would stand the horse on wet bran . . . they had trouble keeping the shoes on him,” Henry said.

“But at that particular stage of Australian history, everybody followed racing and everybody in the bush owned a racehorse.

“Racing back then was the national sport – well ahead of what it is now,” he said.

“William and Fred moved the stallions from Combadello down to Arrowfield and some of the horses they bred were actually by stallions that had been selected by my great-grandfather, Henry Moses, who went to England and found them.”

Those stallions – Flavius, St Alwyne and Valais – were the cornerstone of Combadello Station and Arrowfield Stud and significantly influenced the Australian breeding industry for future decades.

Henry Moses and his sons, Bill and William, sold Arrowfield in 1924 but the family continued to breed champions including full-brothers Time and Tide and Fine and Dandy. 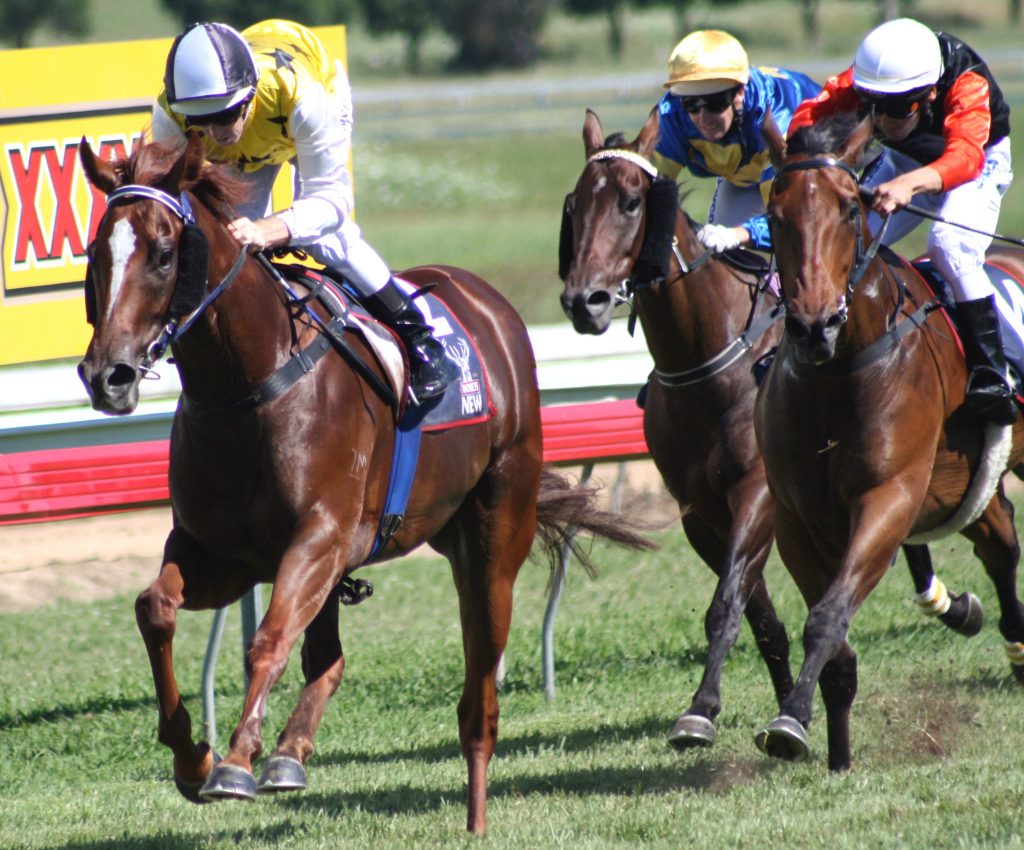 Sadly, Tig passed away in 2010 but it was only fitting that a filly owned by his son, Tim, won the inaugural Tig Moses Memorial at Inverell six months later.

Tig, one of Inverell racing’s most respected elder statesmen, was 82 years of age when cancer claimed him after a three-year battle.

Colin Hayes, the man who redefined training and breeding in Australia back in the 1970s and 1980s, has been elevated to Legend status.

Chris Waller, the trainer responsible for preparing world-class champion mare Winx to so far win 25 consecutive races in emphatic style, was truly humbled by his inclusion.

“To receive such an accolade and to be held in the esteemed company of recently inducted trainers such as Bart Cummings, Tommy Smith, Colin Hayes, Jack Denham, and the many other outstanding trainers past and present who have been inducted, all I can say is that I am truly humbled and honoured,” Waller said in a Racing NSW media release.

Poitrel’s inclusion into the Australian Racing Hall of Fame is timely, given that bush racing’s Golden Triangle at Moree, Mallawa and Talmoi – a three-meeting picnic-racing carnival that is synonymous with the Moses dynasty – starts on Saturday, May 26 at Moree.

$369,000 to help tackle youth addiction in Moree and Boggabilla

Next post
$369,000 to help tackle youth addiction in Moree and Boggabilla