A truck driver has sustained serious burns after a collision between two heavy vehicles near Moree today (Thursday, November 17).

About 2.30pm, a B-Double and a semi-trailer, both travelling north on the Newell Highway, collided approximately 25km north of Moree.

As a result of the impact, both trucks caught fire.

The B-Double driver was taken to Moree Hospital for treatment to burns. His current condition is unknown. 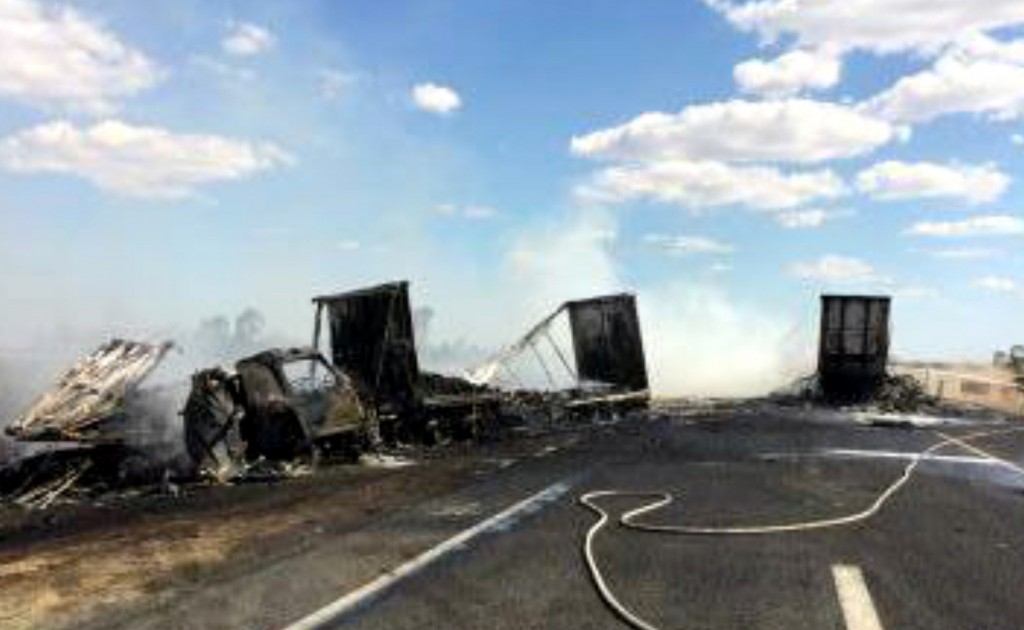 The semi-trailer driver is assisting with inquiries at the scene.

Road closures remain in place around the crash site. For the latest on road conditions, motorists should check www.livetraffic.com

Shortly before 10am on Tuesday, November 18, officers from Traffic and Highway Patrol were patrolling the Mitchell Highway, Narromine, about 45km west of Dubbo, when they observed a vehicle and turned around to follow it.

A short time later, police located the vehicle crashed off the roadway and hit a tree.

The male driver and sole occupant was located deceased inside the vehicle.

A critical incident investigation was launched following the crash and police are especially interested in speaking to anyone who may have seen a dark coloured Holden Commodore VT driving west at high speed between Dubbo and Narromine.