CHAMPION picnicker Track Flash today chases a hat-trick of Wean Cups – and a place in Wean Picnic Race Club history books if he can equal Beau Bit’s trifecta of Cups in 1947-48-49.

And, with the scratching of recent Talmoi Cup winner Only Choice today, Track Flash has an undeniable chance of a three-peat performance for Moree trainer Peter Sinclair.

“He’ll go well but About Time will be hard to beat,” Sinclair said.

Track Flash will be ridden by Ashley Boyd, who has enjoyed a tremendous season on bush racing’s Golden Triangle in recent months.

Boyd rode four winners at Moree, all for Sinclair, as well as a Sinclair-trained double at Talmoi and a winner at Mallawa, also for Sinclair.

He backed up with a double at Nyngan’s Duck Creek meeting last Saturday and earlier this year collected wins at Boorowa, Tottenham and Condobolin.

At Moree picnic races in May Track Flash joined Mulgate and Royal Toga as a three-time Boolooroo Cup winner and the question remains whether he’ll return next year to attempt a fourth win. 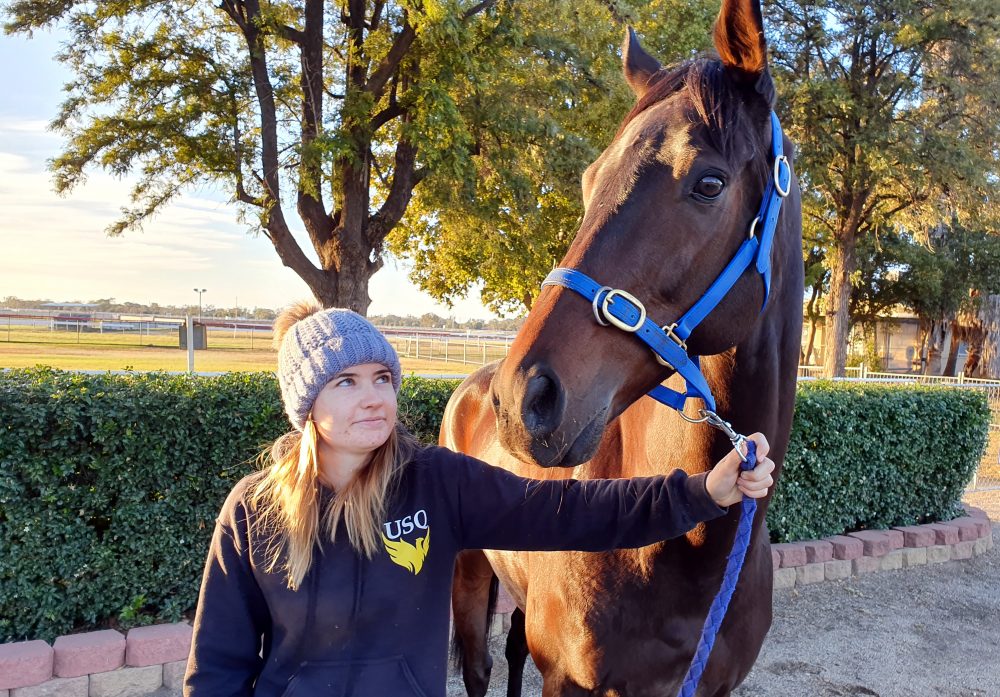 Strapper Bec McMahon and Track Flash at Moree racecourse ahead of the galloper’s date with destiny at Wean today (Image: Bill Poulos).

Mulgate, trained by the legendary Eric Jurd and owned by sisters Anne Livingston and the late Geraldene Farrar, put together a quartet of Boolooroo Cups from 1959 through to 1962.

“There is talk of retiring Track Flash after this preparation but I’d really like to see him come back next year and have a go at equalling Mulgate’s record,” Sinclair said.

Track Flash remains on-song for a crack at the $50,000 NSW Picnic Racing Championship Final at Dubbo in September.

It’s a race the gelding is no stranger to, after finishing fifth in the 2017 inaugural edition behind Rodney Robb’s Security Code and fourth last year behind runaway winner Austin, also trained by Robb. 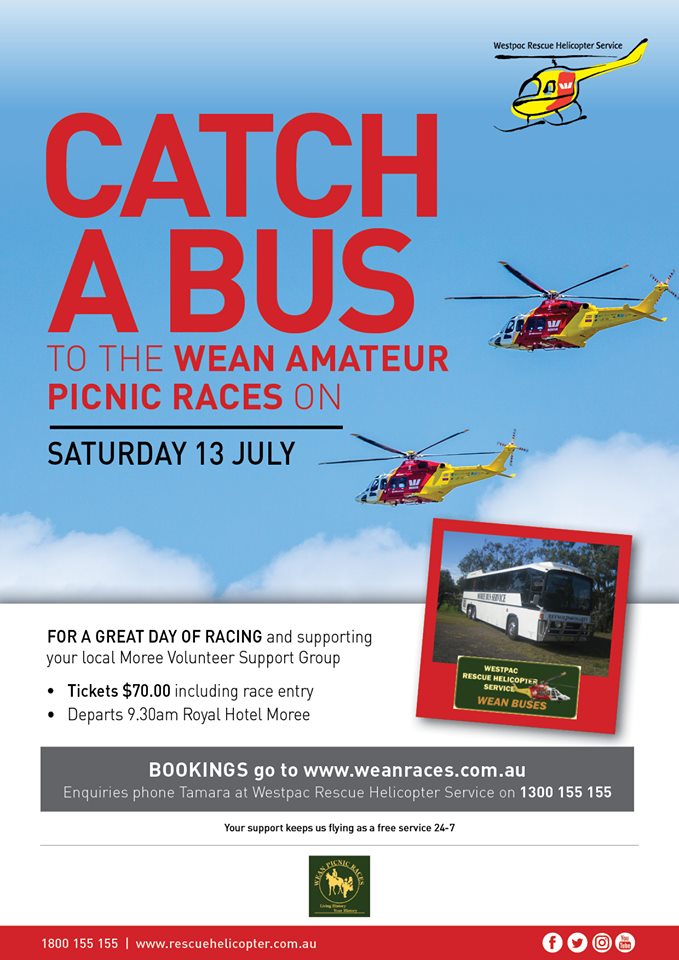 Stablemate Free Billy is also eyeing the rich Dubbo Final and a win today in the Wean Bracelet will catapult him up the points’ ladder.

Folkstone and Free Billy have clashed twice this season, with the score one win apiece.

Folkstone easily beat Free Billy in the Mallawa Bracelet in June with the placings reversed in the Talmoi Bracelet two weeks later.

“Folkstone obviously likes the Wean track and is the horse to beat,” Sinclair said.