EVERY year 35,000 people are reported missing in Australia and while 95 percent of people are found within a short period of time, there are approximately 1600 long-term missing persons.

New England Police District commander Scott Tanner said that the past four months has been extremely hard for the family of Mr Torrens.

“During this time police have investigated a number of reported sightings across New South Wales and Queensland – unfortunately none have been confirmed,” he said.

“Our officers will continue to follow up on any and all leads provided to us. If you have information, no matter how trivial it may seem, now is the time to come forward.”

The case of Mr Torrens is one of three missing persons’ cases oversighted by New England Police District.

In January 2011 then 45-year-old Darren Royce Willis (known by all as ‘Spaz’) was formally reported missing – he was last seen in Bingara in early December, 2010.

Mr Willis was expected to return home but has not been sighted since.

Mr Willis, who would now be 53, is described as of caucasian appearance, 198cm tall, slim build, with brown hair and blue eyes.

Bill would now be 49 years old.

At the time of his disappearance Mr Roach was described as of caucasian appearance, 180cm tall, thin build, with brown hair and brown eyes.

Superintendent Tanner said the smallest piece of information could provide clues needed to resolve these cases.

“The families of these men deserve to know what happened to them,” Mr Tanner said. 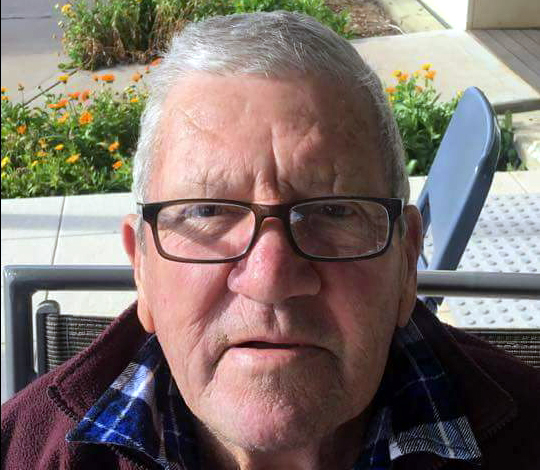 “The smallest piece of information may just be the last piece of the puzzle needed for these families so please come forward now.”

A missing person is defined as anyone who is reported missing to police, whose whereabouts are unknown, and there are fears for the safety or concern for the welfare of that person.

It is important for people to be aware that being reported missing is not a crime and that it is the aim of the NSW Police Force to ascertain if the missing person is safe and well.

Police are urging anyone with information in relation to missing persons’ disappearance to call Crime Stoppers on 1800 333 000 or use the Crime Stoppers online reporting page: https://nsw.crimestoppers.com.au/

Information provided will be treated in the strictest of confidence. Police remind people that they should not report crime information via police Facebook and Twitter pages.

“Two hundred and thirty four officers took their oath of office at the College in Goulburn on April 27,” Superintendent Tanner said.

Class 333 includes 164 policemen and 70 policewomen who will now complete 12 months on-the-job training and study of the Associate Degree in Policing Practice by distance education with Charles Sturt University before being confirmed to the rank of constable.

The new probationary constables will confront the challenges the job will offer in the Moree area, with commitment and enthusiasm, Mr Tanner said.

“The new officers still have 12 months on-the-job training and study by distance education with Charles Sturt University before they graduate with a Diploma in Policing Practice,” Mr Tanner said.

“Once they graduate, the officers will then be confirmed in the rank of Constable.

“While there is still a lot to learn, the four new officers are a welcome addition to the Moree ranks,” he said.

Next post
Sizzling rivalry tipped for Blokes on the BBQ competition