The AACAP is a long standing and highly successful collaboration between the Australian Army and the Department of the Prime Minister and Cabinet, with the Department providing funding of up to $7 million per year and Army providing significant personnel, equipment and resources.

Minister Payne said the six-month AACAP deployment aims to harness the skills of the talented construction, trade and training personnel in the Army. 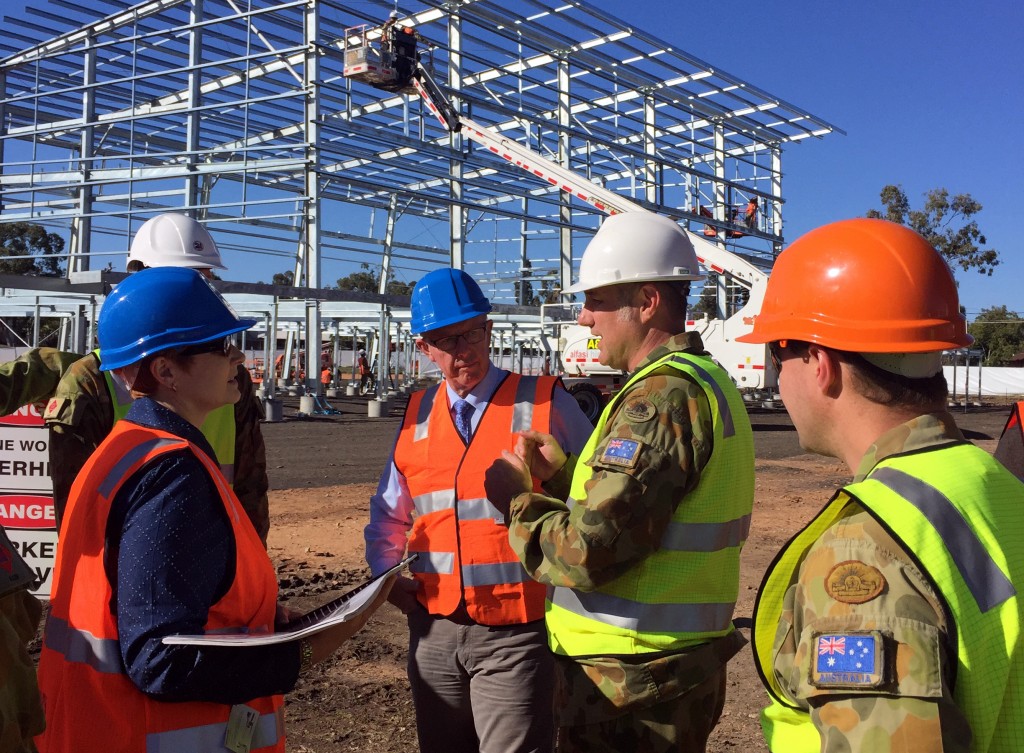 Minister for Defence Marise Payne and Member for Parkes Mark Coulton and Army personnel discuss the construction of a new multi-purpose facility under the Army Aboriginal Community Assistance Program (AACAP) in Toomelah. Once completed, the facility will be the will be the largest structure built in the 20-year history of the AACAP program.

“More than 170 Army personnel are in Toomelah working on a range of projects including the construction of a new multi-purpose facility, repairing community roads, as well as refurbishing the local church and football oval,” Minister Payne said.

“This is the 21st consecutive year the Australian Army has deployed to a remote Indigenous community to deliver infrastructure, vocational skills training and health care services,” Minister Payne said.

The AACAP soldiers took time out to join the community participating in NAIDOC Week events, including NRL training clinics and healthy lifestyle programs.

Mr Coulton said he was delighted to see the benefits the AACAP program was delivering for the local community.

“The construction of the multi-purpose centre, due for completion at the end of October, will be the largest structure built in the 20 year history of the AACAP program and will be a hub pivotal to community interaction in the Toomelah township,” he said.

Toomelah is the 43rd community to be assisted by the AACAP since its inception, with more than 5,500 soldiers contributing to the facilities, health and wellbeing in our Indigenous communities.

Textiles and artworks feature at The Moree Gallery’s new exhibition