Squires, a highly-regarded journalist and radio personality, launched his television career as the host of sports news programme The Fat, which screened for three years on ABC Television.

He later switched to commercial television and starred in a revamped sports show – 110% Tony Squires – for the Seven Network.

He has also been a fill-in presenter for Andrew O’Keefe on Weekend Sunrise as well as Larry Emdur on The Morning Show.

In 2012 Squires became a features reporter on the Seven Network’s Sunday Night programme and three years ago began co-hosting The Back Page with Matt Shirvington on Fox Sports. 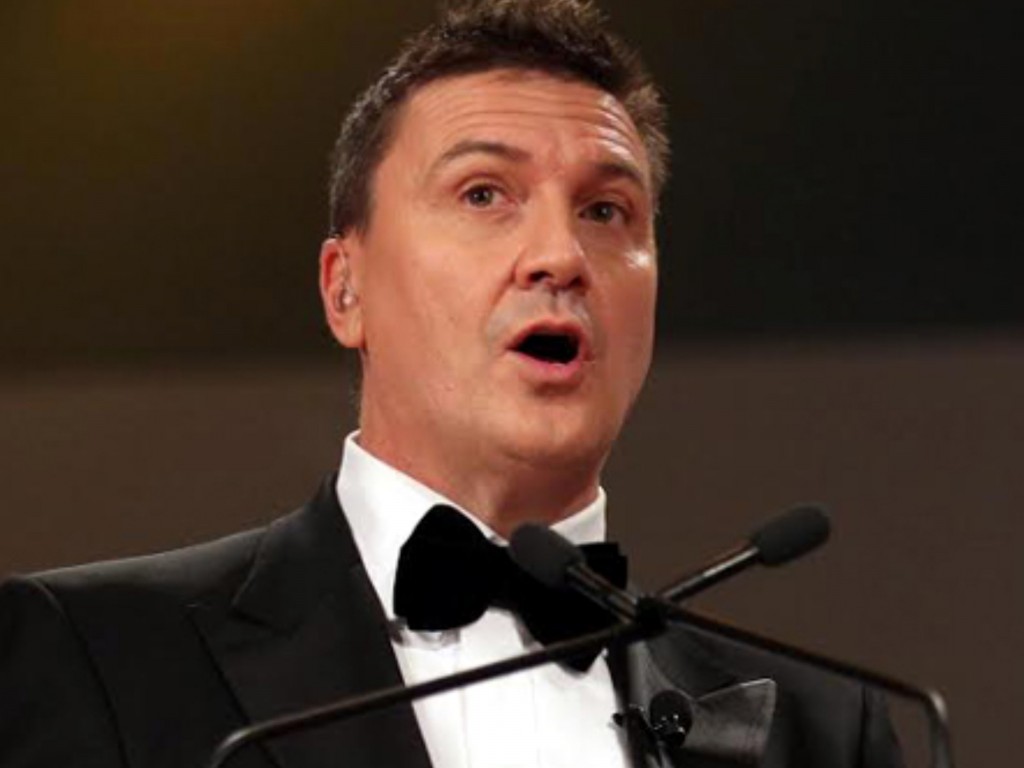 In 2009 he published Cracking The Footy Codes: A beginner’s guide to AFL, league, union and football.

Squires has also featured in print for nearly 30 years, with much of that time spent at the Sydney Morning Herald as a feature writer and columnist and today still writes regularly for major newspapers and magazines.

“Tony is a very popular and very funny personality and is the ideal speaker to have at our dinner,” Gobbert said.

“There will be some great auction items up for grabs on the night as well, including a golf package in Tasmania, a members’ tickets package to The Championships at Royal Randwick and dinner for 10 people on the deck at Moree race Club.” 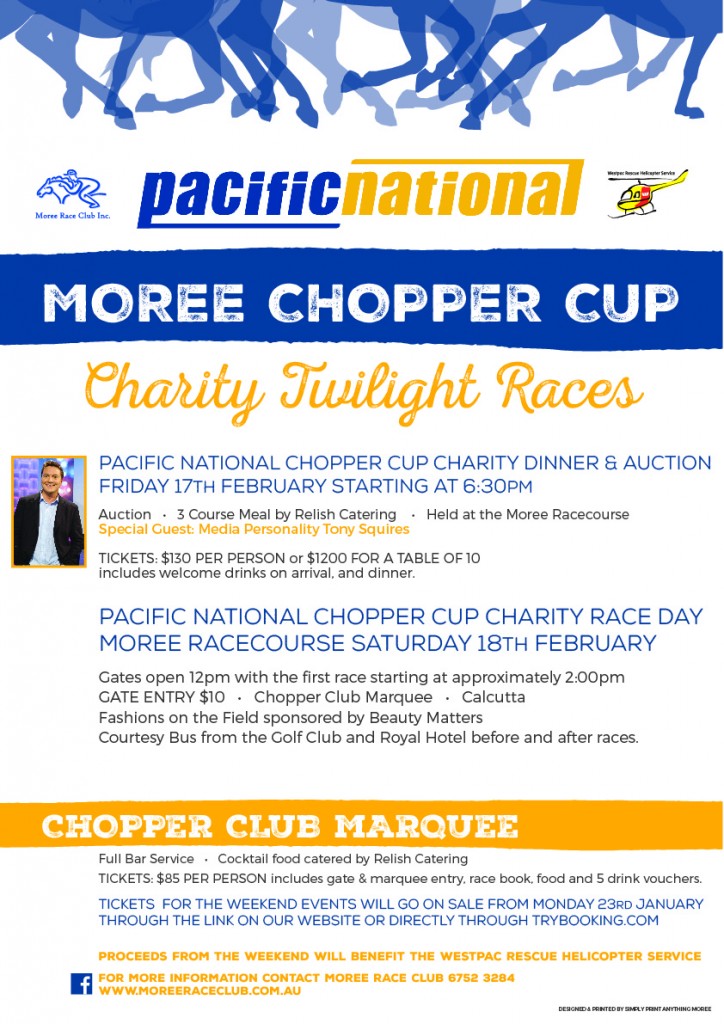 The meeting, now in its third year, raises much-needed funds for the Westpac Rescue Helicopter Service and to date has netted $50,000 from just two hugely-successful editions.

Club president Rob Mather says it is the people of Moree and further afield that makes the Chopper Cup meeting such a great day out.

“The club really has to thank the entire community because without the people turning up on race-day, this sort of money can’t be made every year,” Mather said.

“And without sponsors like Pacific National and the Ports of Newcastle, meetings like the Chopper Cup can’t be the success that they are.”

Gobbert said that there will again be some fabulous prizes up for grabs in the Beauty Matters Fashions on the Field and that the Chopper Club marquee will again feature.

“There will also be a calcutta held on the Chopper Cup and we will have a courtesy bus operating throughout the day,” she said.

Cup-eve dinner tickets prices are $130 per person or $1200 for a table of 10. These include pre-dinner drinks and a three-course dinner by Relish Catering.

Dinner tickets and Chopper Club marquee tickets can be purchased on-line at www.tryBooking.com