Tim Bell: The boy from the bush who took racing by storm

LONG before he rode his first winner as an ambitious 15-year-old just seven years ago, champion jockey Tim Bell set himself a list of goals.

It was a things-to-do list that he planned to tick off as each goal was conquered.

And Tim – arguably the most successful sporting export Narrabri has ever produced – didn’t do things by half.

This list wasn’t made up of feature races on the rough-and-tumble bush circuit that Tim had cut his teeth on when apprenticed to premiership-winning Tamworth trainer Sue Grills.

This was a gilt-edged list, punctuated with Group races and near-impossible goals that would scare the silks off any young rider who would even dare to dream so big.

Sadly, Tim’s list has been left unfinished after the gifted 22-year-old was last week killed in an accidental fall from a 12th floor balcony in Singapore, a country where he was fulfilling one of his ambitions – to ride internationally.

His distraught parents, Grant and Keiley, know only too well what that list meant to their son.

“Tim had two goals to go, and that was to ride in Hong Kong and to ride in the Melbourne Cup,” Keiley said.

“He got his first Group 1 win for Rex Lipp on Tinto in the Queensland Oaks last year, and also got his Group 2 and Group 3 wins. 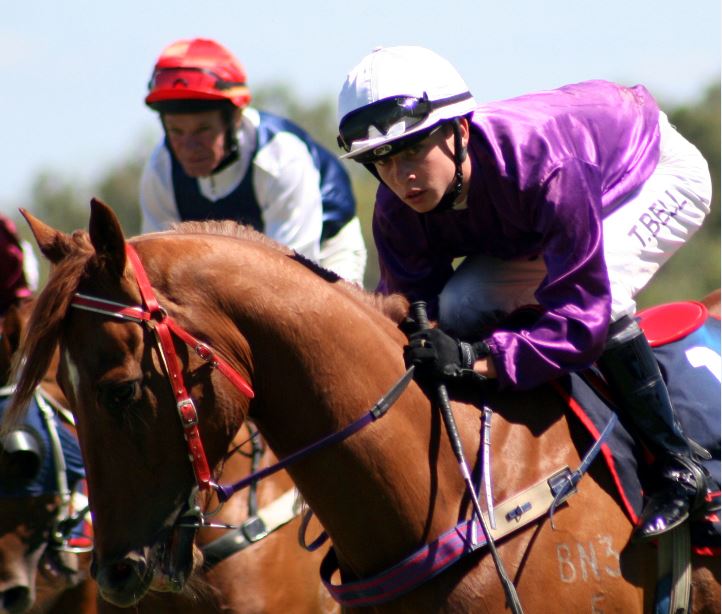 Tim Bell returns to scale after winning at Moree. Danny Frahm (at back) praised Tim for his professionalism and work ethic in such a tough industry. (Photo: Bill Poulos)

“He had that list of things-to-do and races that he wanted to win, and he was ticking them off faster than he ever thought he could,” she said.

Many jockeys could be forgiven for being terrified by such a list.

After all, it’s just seven years ago that Tim rode his first winner, the Grills-trained Tennessee Moonlite at Inverell, a picturesque bush town that is 10-million furlongs away from racing’s international stage.

Shortly after ticking off that first winner from his check-list, Tim logged a career-first double five weeks later at Tamworth. He was again on Tennessee Moonlite as well as Border Rebel, a then-unheralded maiden winner that would later help bring the young rider’s career to the forefront of racing.

Tim was making his mark, but notice that he had indeed arrived was well and truly given two weeks’ later when he rode three winners from his first full-book of rides – again at Inverell.

Many bush jockeys try a lifetime to get that elusive treble. Tim Bell ticked off the achievement at just his 14th day at the office.

Sue Grills smiles when reminded of everything her protégé achieved in such a short space of time. Grills, with a racing pedigree steeped in black type, knew all along just how good Tim was and just how far he could go.

She knew there was basically no limit for this Narrabri kid chock-full of drive, confidence and ambition. 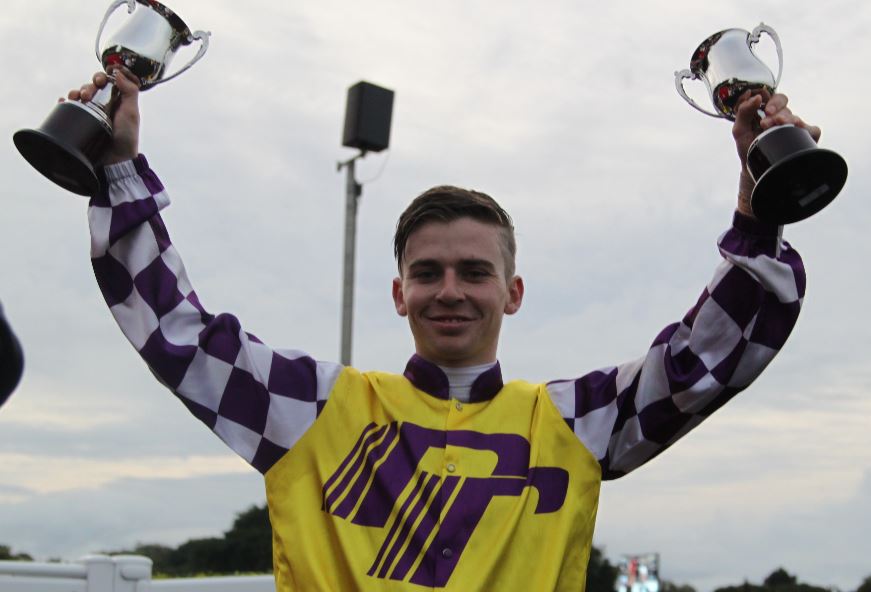 “Tim was always going to make it. He was just so confident in himself. I knew he was a good rider the moment he came to the stables,” she said.

“He was talented and made things happen, but he did the hard yards – he worked his butt off – to get where he got.

“He always wanted to go international, and he always said that one day he’d be riding Group One winners.

“He set such high goals for himself and just pushed and pushed until he got there,” she said.

Once success was in his blood, Tim took the Hunter and North-West racing calendar by the scruff of the neck and absolutely strangled it, riding nearly 180 winners at scores of bush tracks during his first two years in the saddle.

He won consecutive regional apprentices’ premierships and was twice named leading NSW Apprentice of the Year.

“What Tim did as an apprentice was unbelievable,” Grills said.

“I took him up to Brisbane a few times, and early in his career he got two doubles in two weeks with Dealers and Ollie Vollie – he was still claiming three kilos at the time – and it wasn’t long after that he rode four winners on the same day at Eagle Farm.” 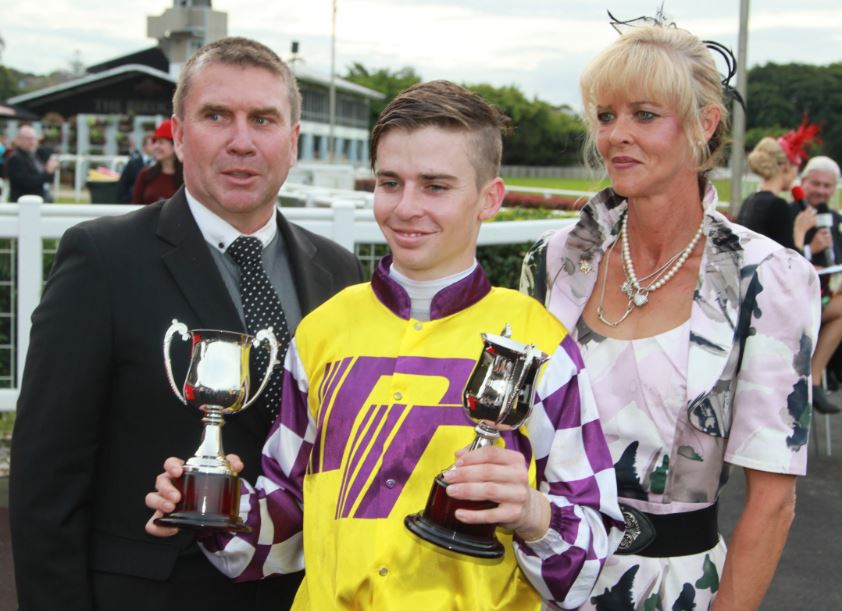 Grills is absolutely gutted by Tim’s passing. He had the international racing world at his feet and the hallmarks of a jockey destined to be the best.

“Had Tim been killed in a race-fall I think it might have been a bit easier to accept, but to be killed like this is just shocking . . . I’m still trying to get my head around it.”

Early in his career, Tim formed an incredible bond with Border Rebel, the horse that gave him the first leg of his career-first double at Tamworth, and a timely boost to his fledgling career.

The boy and his horse were made for each other. They went on to win 12 races together, including the Listed Takeover Target Stakes at Gosford in 2010 and the 2011 Listed Hinkler Handicap at Eagle Farm.

It seems only right that Border Rebel would spend his retirement days at the Bell family’s Narrabri property, Bellgarra, where Keiley breeds Welsh ponies.

“When Border Rebel retired from racing, his owner, Veronica Scott-Mason gave him to Timmy, and the horse is still here roaming the paddocks with the ponies,” Keiley said. 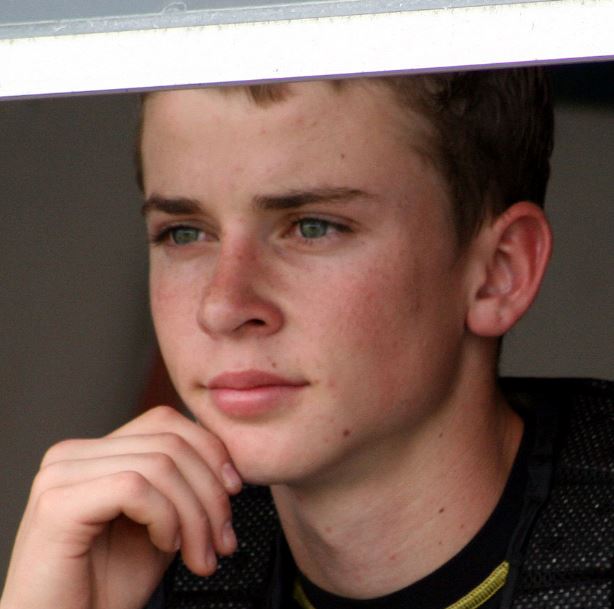 “Timmy loved the ponies and would help me break them in when he came home for holidays.”

By 2010, leading city trainers were starting to take notice of Tim Bell, the boy from the bush who was clearly a cut above.

He began making lightning strikes on Sydney and provincial tracks and won the Listed Yalumba Stakes at Hawkesbury on quality mare Beaded – a future Doomben 10,000 winner – for the Darley team, headed up at the time by Peter Snowden.

Tim struck yet another goal from his check-list when he relocated to Brisbane to link up with the ill-fated Patinack Farm outfit, a huge training and breeding operation founded by mining magnate Nathan Tinkler.

He won the Brisbane jockeys’ premiership in 2013-2014, a season that gave him his first Group 1 success when he guided outstanding filly Tinto to a home-grown Queensland Oaks victory.

It was a red-letter day for Tim, arguably his coming-of-age as a jockey.

Just 40 minutes earlier he had steered Sir Moments through a needle-eye opening to take out the Group 2 Queensland Guineas and later in the day wrapped up the meeting with victory on board Sacred Star in the Listed QTC Cup.

It was a feature race treble to outdo all others – even those three winners he clocked up at Inverell just six years earlier.

During his brief but spectacular seven years in the saddle, Tim rode 653 winners. To add to his career-defining treble on Queensland Oaks Day last year, he also won the Group 2 QTC Cup on Celtic Dancer as well as Group 3 wins on River Lad (BTC Sprint), Angel of Mercy (Lord Mayor’s Cup), Fantastic Blue (Premier’s Cup) and the Glenlogan Park Stakes on Sookie.

In early October, Tim began a three-month riding contract in Singapore, and he didn’t take long to get himself noticed.

After booting home five restricted-class winners at Singapore’s Kranji racecourse in just a matter of weeks, he  notched his first major when 40-1 outsider Sebrose came with a well-timed run to win the $150,000 Group 3 El Dorado Classic (2200m) for trainer Mark Walker.

It was a perfect Tim Bell-ride, and the start of an exciting new chapter in his career, but just 10 days after such an important milestone he was dead.

Australia was still celebrating Michelle Payne’s history-making win on Prince of Penzance in the Melbourne Cup when news of Tim’s fatal accident filtered through.

Veteran jockey Danny Frahm, now retired after nearly 50 years at the top, was one of many who closely monitored Tim’s career.

“Tim had basically just got his foot in the (international) door, and you just wouldn’t know how far that might’ve taken him.” 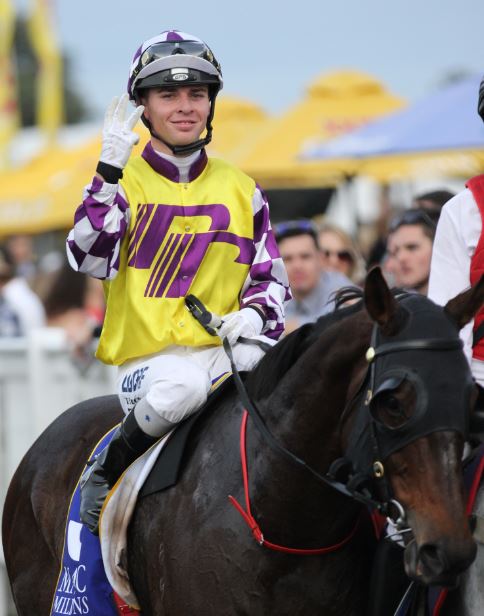 Tim Bell brings Sacred Star back to the winners’ enclosure after winning the Listed QTC Cup during the Brisbane Winter Carnival last year. Sacred Star was his third winner that day, after earlier collecting the Group 2 Queensland Guineas on Sir Moments and the Queensland Oaks on Tinto. (Photo: Darren Winningham)

Before retirement, Frahm was the go-to man in the jockeys’ room. He was the father figure that all young apprentices turned to when seeking advice and wisdom.

After all, Frahm was still riding winners at 64 years of age and was a jockey that had basically seen it all and done it all on a racetrack.

“It’s incredible to see what Tim did so early in his career – winning the Brisbane jockeys’ premiership at such a young age is something that doesn’t happen very often,” Frahm said.

“You don’t see many kids go from absolutely nothing to where Tim got to in just seven years.” 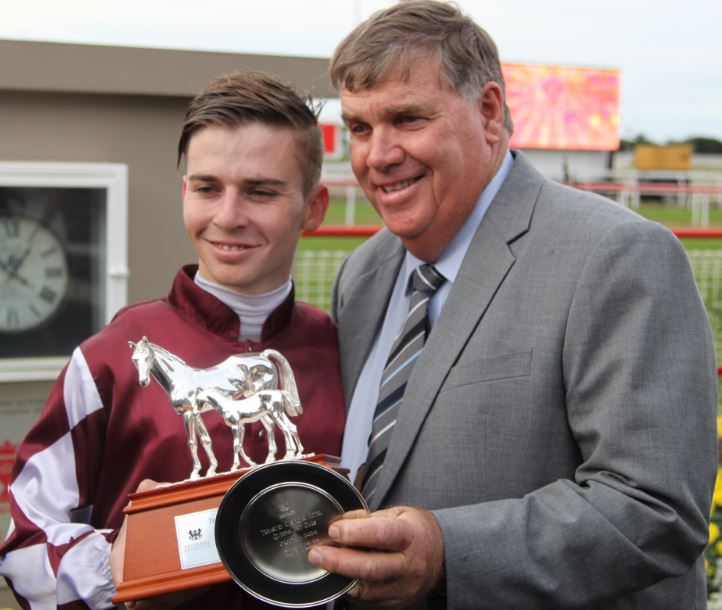 Frahm believes that Tim’s willingness to work hard was a key element in the young rider’s success.

“Tim was always a good worker and even at such a young age, he was the true professional,” he said.

“When he first kicked off, he couldn’t do enough, and he went about his job like it really meant something to him – he just put everything into it.

“You wouldn’t see a young bloke have a better start to a career than what Timmy had, and it was all because of his ability and willingness to work hard . . . to see it end like this is just so tragic,” he said.

His funeral will be conducted at midday on Monday, November 16 at the Crossing Theatre in Narrabri.

A print version of this article will appear in the Narrabri Courier tomorrow, Thursday, November 12. Anyone wishing to obtain a copy can contact the newspaper during business hours on 02 6792 1011.

They played the game: hundreds turn out to pay tribute to Moree’s Bernie Briggs