Tide’s in for Mehi Beach with $30,000 Moree Water Park funding

A $30,000 funding splash of cash will create an iconic Mehi Beach on the banks of the new Moree Water Park and drag in plenty more visitors, tourists and water sports users.

Mr Marshall said the grant will allow the Moree Water Ski Club to put in an irrigation system that is environmentally sustainable and cost effective and better create a beachhead reserve of some 6,000 trees at the new water park. 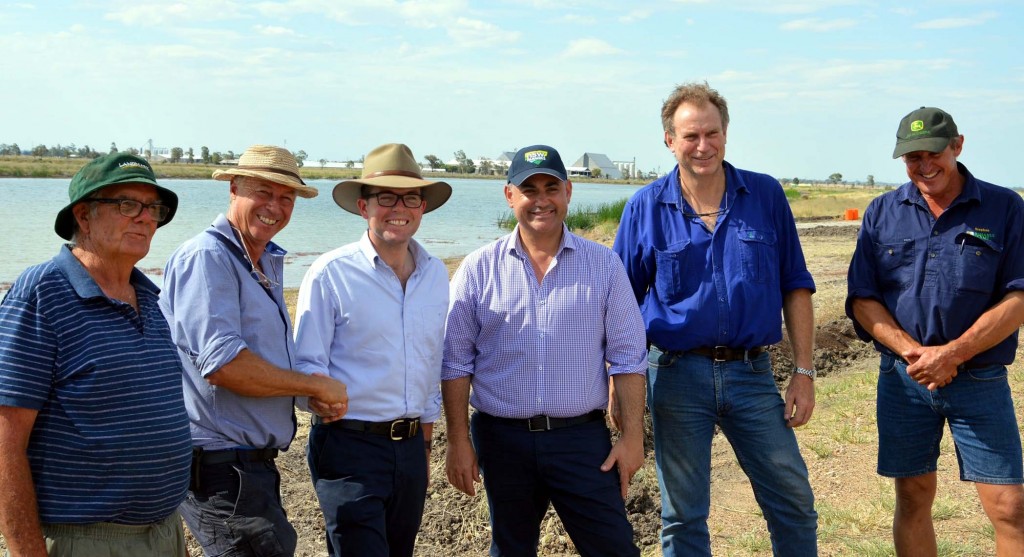 “The new water park was only opened last year and has been constructed by Moree Plains Shire Council for community water-based recreational and sports activities and this grant to the ski club will add some great extras onto the complex,” Mr Marshall said.

Water Ski club stalwart James Von Drehnen says the funding is great news and fantastic for anyone who is interested in using the park.

“We’re really excited about this funding for a number of reasons,” Mr Von Drehnen said.

“This allows us to put in stage one of some basic infrastructure for Mehi Beach including the framework for the irrigation system, a solar-powered pumping or blending station and trees – we’ve got 6,000 of them and the best time to plant is yesterday, so this money’s great for us right now.”

The club has planted 700 of the trees but will get cracking now to get the balance into the ground.

The Mehi beachhead is so named for the river Mehi which runs through Moree but sits adjacent to the three lakes which make up the Moree Water Park.

The club used an initial funding grant to connect town water and sewerage to the park and the new pumping station will effectively be a ‘blending’ station that uses some potable water with lake water to deliver supply for that landscape.

“As you can imagine, 6,000 trees will use a bucket load of water, so having a blending station that uses both is environmentally sustainable and much more cost effective,” Mr Marshall said.

The ski club has assumed care and control of the park since its opening and has a five year plan of operation for a club that boasts about 40 members and is consistently growing, according to Mr Von Drehnen.

The two smaller lakes are already operational and being used for recreational skiing, including one with a slalom course.

The third, and mega-sized lake, of the three interconnected waterways, is being progressively filled and should be operational in a couple of years.

It is about four times the capacity of the two smaller lakes which are each about 800 metres long.

The park was developed by the council as a family friendly facility to cater for an array of water based activities such as water skiing, rowing, dragon boat racing, jet skiing, wakeboard, canoeing and kayaking, along with a range of proposed shore-based facilities such as vehicle and vehicle/trailer parking areas, amenities, clubhouse, viewing areas and landscaping.

It uses spent artesian water from Moree’s world renowned artesian water pools via a seven-kilometre pipeline and takes some 600 million litres to the park each year.