WELL-travelled Moree pianist Thomas Williams will perform at Moree Plains Gallery for two nights only this week – his farewell performance before returning to Melbourne to pursue a master of teaching degree as he endeavours to become a qualified music teacher.

Music lovers are encouraged to bring in the New Year with Thomas and other local musicians as they play beloved classics from Bach and Chopin, to Gershwin and Billy Joel – an eclectic selection to suit all tastes.

The Friday and Saturday evening performances, with special guest appearances from members of the Moree District Band, come on the back of a busy few months for Thomas.

Thomas recently found his way back home from Germany, where he worked as a repetiteur – a rehearsal pianist in layman’s terms – at the Staatstheater Braunschweig, a theatre and opera house founded in the late 1600s by Duke Anthony Ulrich of Brunswick-Wolfenbüttel.

“It was always my intention to go to teaching after having had professional music experience, and ideally I will keep some professional playing as part of my work in Melbourne,” Thomas said.

Since arriving back home, Thomas has connected musically in Moree through teaching piano, classroom music and assisting with the Moree District Band.

“I hope to come back a few times during the year to do what I can to help music in the town,” Thomas said.

“There are already a fantastic number of teachers who do wonderful work here, and if I can help in any way I will.”

Thomas was always going to be a classical musician, and found his calling as far back as his primary school days.

He began piano lessons with Bessie McIntosh and, with encouragement from his Year 3 teacher Mrs Wilkinson, began to accompany school assemblies at Moree Primary School.

By Year 4 Thomas was playing in the Moree District Band under the guidance of Marty Roberts and within three years was a member of the local choir with Michele Maurer King.

“Being able to play in local ensembles was such an important part of my musical development,” Thomas said.

“Having such opportunities to play with other people really encouraged me and furthered both my musical experiences and development.”

Thomas has had a variety of musical experiences including five years at The Southport School playing in school ensembles as well as the Gold Coast Youth Orchestra.

In 2006 he began a bachelor of music at Melbourne University – long regarded as “the school of music” – and in 2012 was awarded a place at the National Academy of Music. 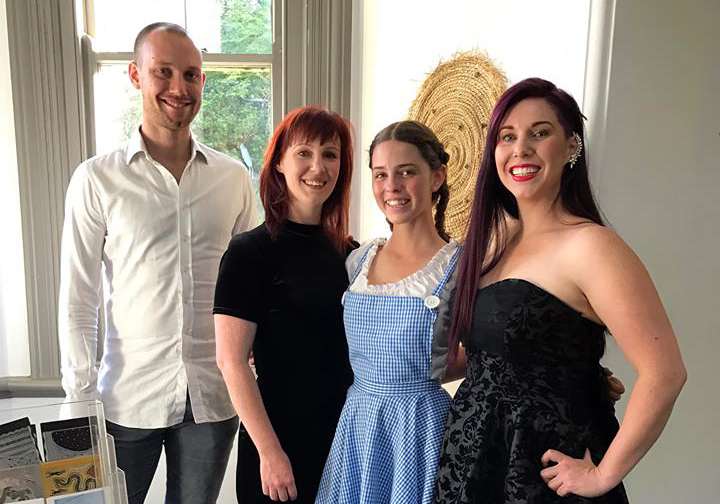 This enabled Thomas to study with the best students and teachers in Australia and to partake in regular master classes, concerts and other performance opportunities including a tour with Paul Kelly.

Moree Choir’s Michele Maurer King says that Thomas has always been “a breath of fresh air” and that audiences will not be disappointed this weekend.

“Thomas is engaging, enthusiastic and unpretentious and when people talk of Tom, they naturally describe him as a pianist but he actually had a very nice singing voice as well,” Michele said.

“When he came home from The Southport School, having won a richly-deserved, full scholarship, he would come along to rehearsals with A Special Blend, Moree’s contemporary choir.

“Tom would slot right into the group as if he’d never been away and that’s not something many choristers can do.

“Even though his musical skills were only just being honed, Tom has always had amazing musical instincts, even when he was a young lad,” Michele said.

“That level of musicality is something no-one can be taught.  It’s either there intrinsically or it’s not. To be honest, it probably wasn’t even his musical skills that A Special Blend appreciated most about Tom but rather his unaffected attitude, his genuineness and his big heart.

“Even with all his success, this has not changed.  Tom could rightfully be quite egotistical with his achievements but he’s still the lovely down-to-earth fellow he’s always been.

“He’s definitely a local treasure in my eyes,” Michele said.

Thomas, who wowed audiences when accompanying Moree sisters Stevie Drenkhahn and Jacqualyn Lillyman at their two-night musical revue Show-Tunes at Moree Plains Gallery in late November, returns to the same venue this weekend with one-hour performances on Friday and Saturday evenings, January 27 and 28.

The cost is $30 for adults and $20 for children, with tickets available from Sylvia’s Fabrics and Moree Frame and Art, both in the Max Centre.

Tickets will also be available at the door on both nights. 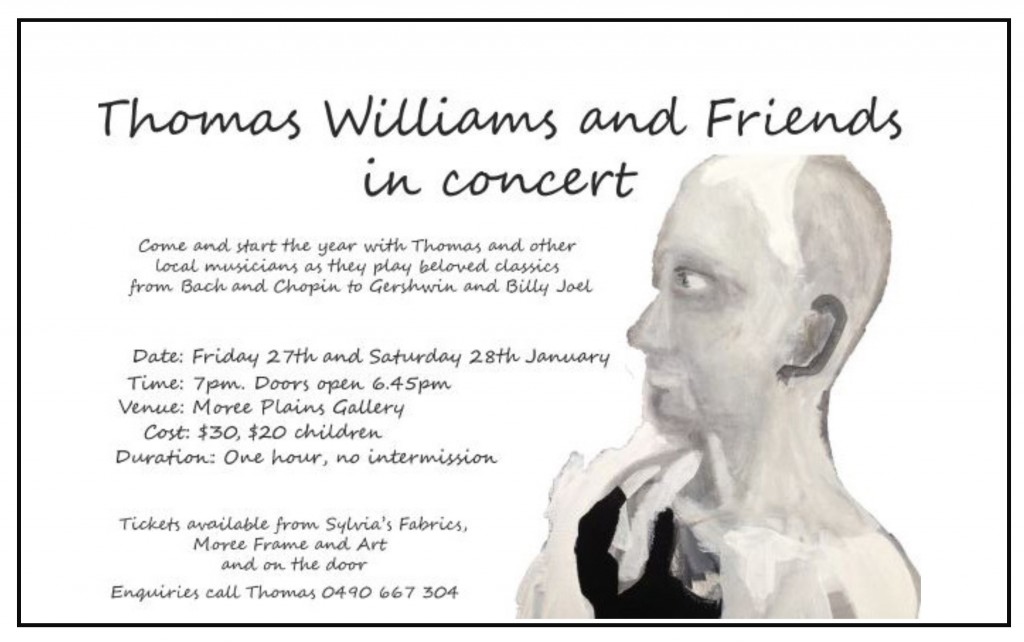