THE black-soil plains will be well-represented in races worth hundreds of thousands of dollars this weekend, with boom filly Invincible Gem – part-owned by Pallamallawa farmer Phillip “Roughie” Tonkin – leading the charge in the $1 million Randwick Guineas (1600m) at headquarters on Saturday.

Invincible Gem is Tonkin’s first venture into racehorse ownership and already the three-year-old has won four from eight, her last three in succession on city tracks including a last-start romp in the Group 3 Spring Stakes over the Randwick metric mile.

Invincible Gem was bred by Tonkin’s father-in-law, the late Theo Hill, who passed away just after the filly was foaled.

Tonkin is still trying to get his head around the fact that he part-owns a filly that is on the cusp of Group 1 glory.

On Monday, when reminded that Saturday’s Randwick Guineas was worth one-million dollars, he said, somewhat succinctly: “Yes, I know. I’ve been looking at that all day.” 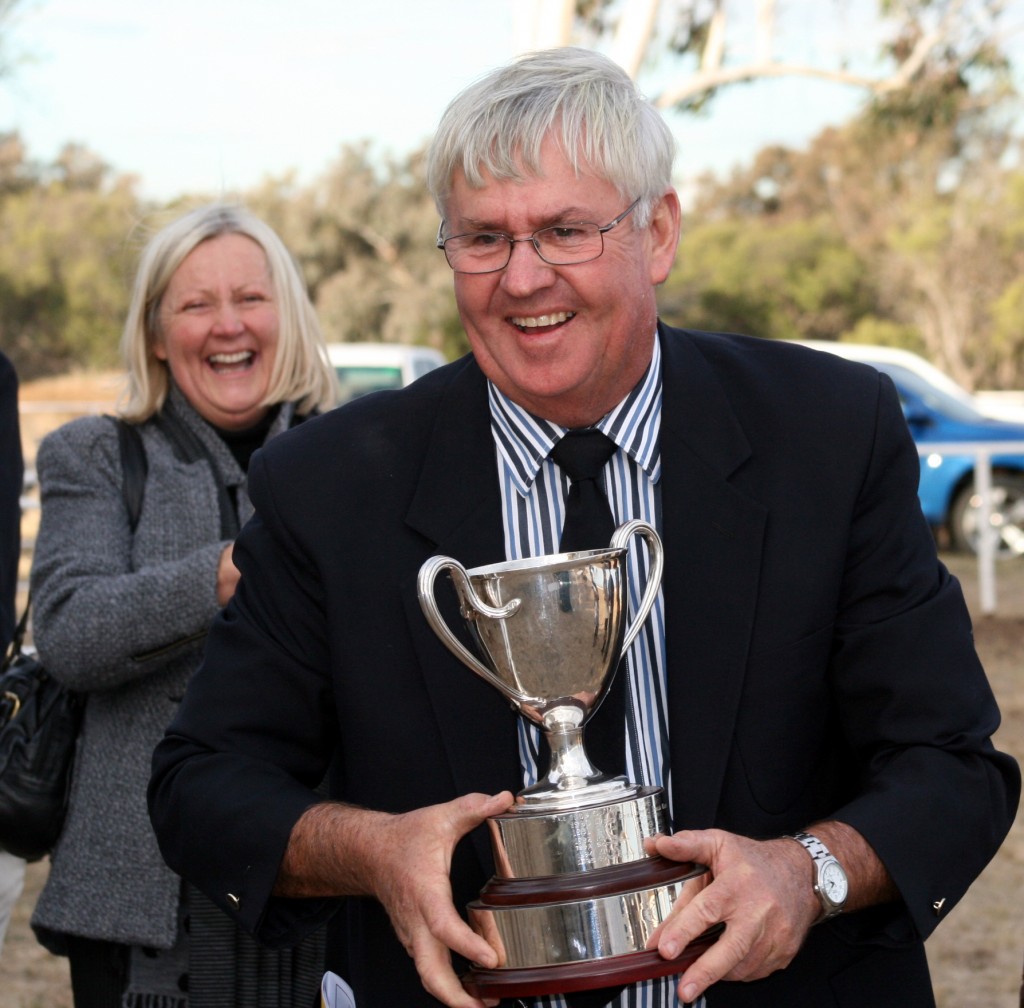 Dark Eyes, a winner of six from 16, led throughout to score by nearly four lengths – its third win from its past five starts – and now the plan is for the four-year-old to back up on Sunday in the Canberra Cup.

After all, it’s not all that long ago that Hunt was beside himself after winning his hometown Mallawa Cup with stiff-jointed old gelding General Relativity.

Winning races in town might be all relative to some top-end-of-town owners but, for Hunt and his wife Pru, there is nothing quite like watching your own horse cruise past the Randwick winning post lengths ahead of the pack.

“Pru and I went down to Sydney last weekend and watched him – and to see your own horse win by nearly four lengths at Randwick is pretty exciting,” Hunt said.

“He got his own way in front and settled really well when he wasn’t hassled in the lead.

“He just lobbed along and they were all going to have a lick at him at the top of the turn but he just quickened at the 600m and put two lengths on them on the corner.

“They never looked like catching him – the further they went, the further he got away from them.

“I’d been trying to win the Mallawa Cup for quite some time, but winning at Randwick is definitely a step up in the market, for sure,” Hunt smiled.

Dark Eyes ploughed through a heavy track at headquarters – his first real crack at the going – and is likely to be back on top of the ground at the national capital on Sunday.

“He’ll have to back up three weeks in a row, and a decision hasn’t exactly been made as yet, but it looks like he’ll start (at Canberra),” Hunt said.

Click this link to read how Pallamallawa farmer Phillip “Roughie” Tonkin came to own a filly that is a champion in the making: http://deluxecafemoree.com.au/roughies-gem-a-cut-above/

Qantas will focus on “providing reliable services to Moree”