A $14,000 funding flush for a new, modern toilet block at the Garah racecourse has helped the local picnic race club close the lid on a bygone era – and consign the old long-drop dunnies to the history books, Northern Tablelands MP Adam Marshall said on Tuesday.

“The Talmoi picnics is one of the oldest picnic race days in Australia; it’s been going for 107 years – and this year there’s really going to be something new to see on the course because of this funding,” Mr Marshall said.

“The Talmoi club races in the last weekend of June and it’s the third and final leg of what locals call the Golden Triangle of picnic racing in the district, with the Moree Picnics and the Mallawa picnic race day heading up the turf calendar.

“It’s a huge day out and a huge day for Garah with more than 1,000 people there for the last year’s meeting.

“The race club has the finance now to get done of the old dunny block that has been the men’s toilets for so long. They’ve supplemented the old long-drop with port-a-loos for the past few years, but now they’ll be able to have a brand new modern toilet block for male racegoers.”

Club Treasurer Cara Moore says the funding win is great news for everyone. 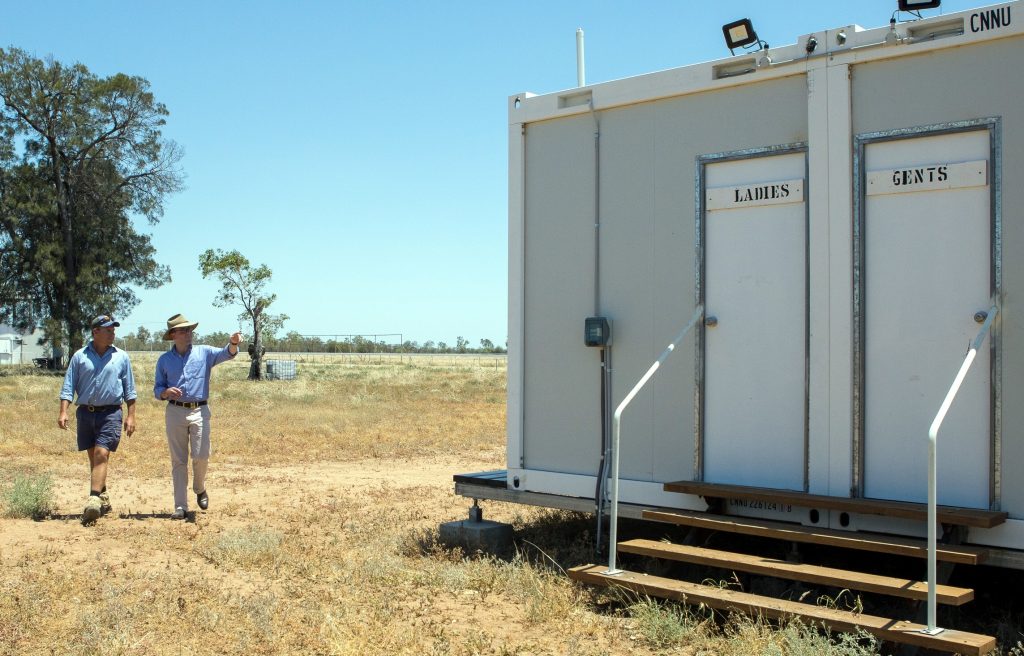 “The old men’s toilets are fairly ancient and could get pretty smelly and this year we had a demountable block brought in and hired port-a-loos to do the job,” Miss Moore said.

“The Talmoi picnics is a lovely day out and it’s in a small community so to get people out we have to keep working at having modern facilities, so absolutely this is great news.”

Mr Marshall said a new women’s toilet block had been built at the racecourse not long ago but now with the club adding some of their funds to the project, the track would see even better infrastructure.

“Anyone who’s ever been to the Talmoi picnics, or any picnics, will know what a great day out it is when it comes to country racing, so being able to support this project has been a pleasure and something I’m very proud to be part of,” Mr Marshall said.

“There’s a history to it that’s worth supporting and it was great for me to announce in August last year that the State Government had stumped up $52,590 to revive the iconic Garah Racecourse grandstand.

“That money was critical in rebuilding a grandstand that was 100 years old – so we could secure it for another 100 years of racing.

“But the funding for the grandstand, and now for the new toilet block, is not just for racing, it’s a community benefit, because these upgrades mean that the racecourse is attractive to other users as well.

Talmoi Amateur Picnic Race Club President Justin Ramsay said that the upgrades would open up the club to the entire community, because with better facilities, they could get groups like the local school to hold fundraisers there, and even weddings and other social events.

“So, adding to the facilities adds to the community benefit – and it keeps Talmoi in a winning position when it comes to local picnic race days,” Mr Ramsay said.