The players, hosted locally by emerging AFL club the Moree Suns, will be in town on Monday, February 6 and will attend a community gathering to meet and greet members of the public as well as public figures between 2pm and 3pm, with a venue to be announced soon.

“Sydney Swans do this every year to different communities around the state, and last year players went to Inverell and Armidale in our district,” Ms Macey said. 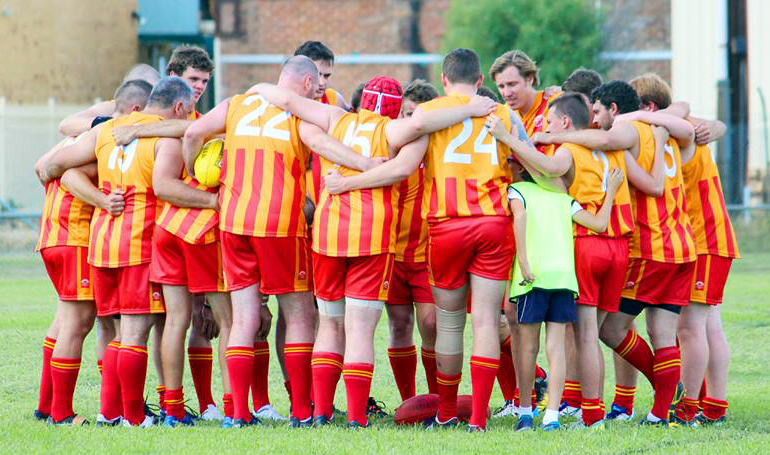 Moree Suns are hush-hush about the names of the two Sydney Swans’ players that will visit Moree next month, but hope to make the big announcement in the coming days (Image Supplied).

After the Moree stopover the Swans’ stars will travel to Narrabri to host Narrabri Eagles at a training session for players of all ages.

The following day, Tuesday, February 7 they return to Moree via Bellata Public School, where they will attend the school assembly as well as host an AFL clinic for students.

The busy schedule then takes in both campuses at Moree Secondary College between 11.30am and 2pm.

From 3pm until their departure at 6.15pm, the players will cool off at MAAC before inspecting the Suns’ home ground, Taylor Oval, where they will host junior and senior clinics as well as Auskick.

“We will also have a question-and-answer session as well as a barbecue before the players head off on that night’s plane,” Ms Macey said.

“It will be a very busy day and because the schools are only just getting back that week we have had a lot of difficulties trying to get the players into the primary schools as well.

“But I’m sure the kids will love to see them and the publicity will hopefully give our club a boost in numbers for this season,” she said.

“We are not sure who the players are just yet – the organisers like to keep things under wraps until the days get closer – but we know for sure that they will be a huge drawcard and a really positive thing for Moree and our local AFL club.

“We have tried super-hard to get them to Moree so it will be super-exciting to have them here visiting our local schools and conducting clinics as well as meeting and greeting everyone along the way,” she said.

Local arts and cultural groups urged to apply for funding