COMMUNITY fundraising is a tough gig at the best of times – in the worst of times it can be an absolute nightmare.

But severe drought in recent years and the onset of COVID-19 this year couldn’t stop Moree Renal Support Committee and the local branch of the United Hospitals’ Auxiliary from donating $70,000 to Moree Hospital to purchase vital new equipment.

The new equipment replaced an ultrasound machine purchased by the renal support committee 10 years ago.

“This newer ultrasound will allow us to pinpoint with greater accuracy when we are doing insertions or needles, or draining abscesses or any fluid from the body,” Ms Nash said.

“It’s also a better diagnostic tool. We can actually diagnose easier because it has a much sharper view on the picture.

“The technology now is just totally different to the previous ultrasound, which got very good use over the 10 years we had it,” she said.

“This machine is probably easier for clinicians to use as well. With the older ultrasounds there are a lot of dials and buttons but this new one is actually an intuitive machine. 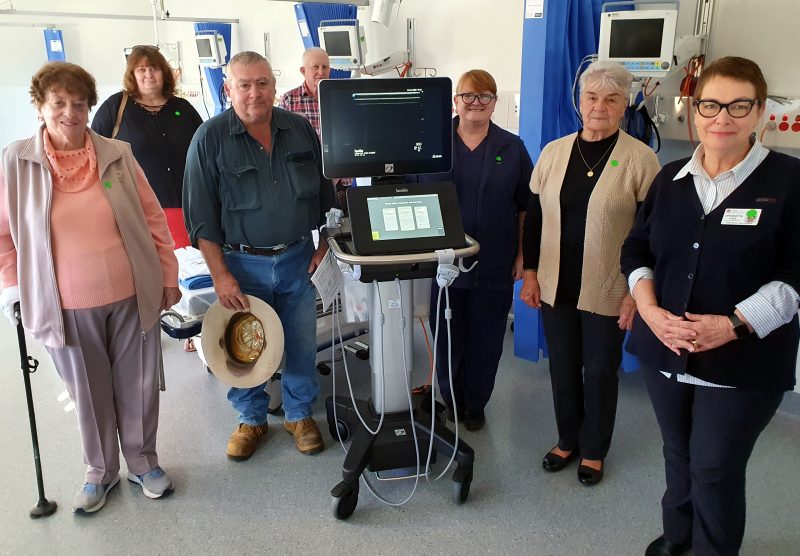 “The Renal Support Committee and the United Hospitals’ Auxiliary have been regular donors and fundraisers for the Moree Hospital, raising hundreds of thousands of dollars over the years,” Mrs Cosh said.

“This fundraising has enabled these groups to donate vital, lifesaving equipment as well as items that make the visit to the hospital more comfortable for patients.

“Without our community groups being so generous, Moree Hospital may not have afforded the modern equipment and furniture that these donations enable us to have.

“The old ultrasound machine was simply outdated and needed replacing, but we got very good use out of it and was used in every area of the hospital by doctors and nurses in all situations,” she said.

Moree Renal Support Committee and United Hospitals Auxiliary – who donated $50,000 and $20,000 respectively for the new ultrasound – have been hit hard by COVID-19.

The renal support committee conduct Wednesday night raffles and the local hospital auxiliary, made up of a group of dedicated volunteers, operate the Moree Hospital kiosk.

Both sources of income have been shut down since late March, however Wednesday night raffles resumed last week and kiosk volunteers are hoping to pull back the shutters and resume trade sooner rather than later. 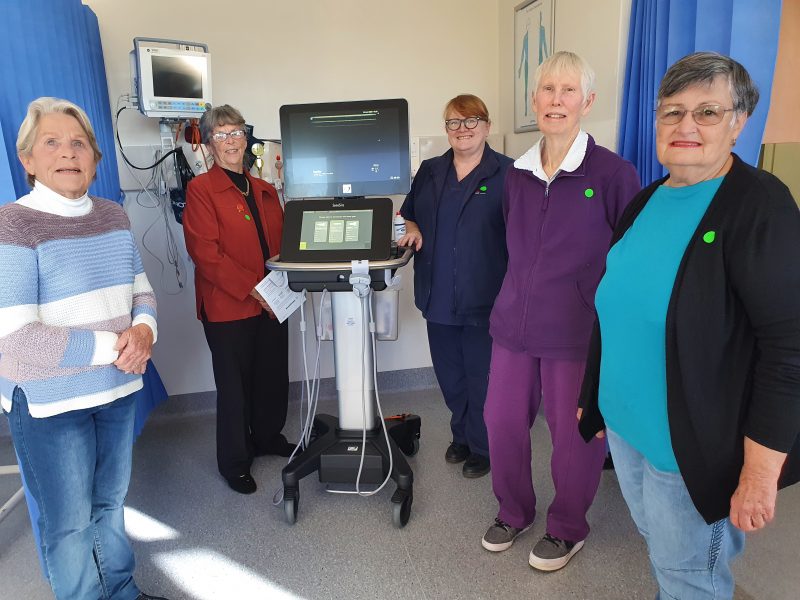 “We met the shortfall from the donation from the renal committee and we were very happy to provide that money once we knew what we were purchasing and how useful it would be,” Mrs Shultz said.

“This is money that was raised at the kiosk, as well as outside donations, but unfortunately the kiosk doesn’t exist at the moment. 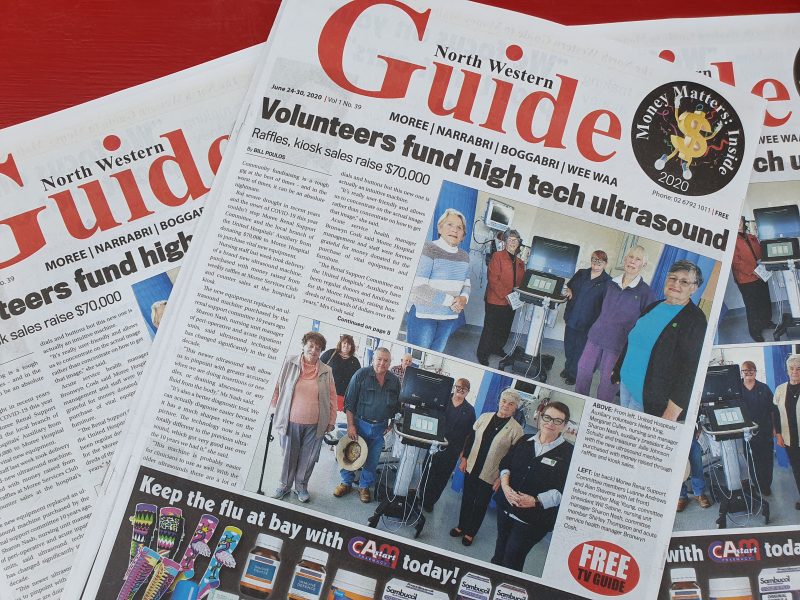 This article first appeared in print in the Narrabri Courier’s The Guide, Wednesday, June 24.

“We still have the vending machine in the hospital reception area, although income from that is down at the moment, especially now that it’s winter,” she said.

Renal support president Will Sabine, whose father Sam Sabine instigated the weekly Wednesday night raffles nearly 20 years ago as a way of raising funds for the local health service, said COVID-19 had put an abrupt halt to all fundraising.

“The raffles are our main source of fundraising unless we get private donations, which we do every now and again,” Mr Sabine said.

“We haven’t had any raffles since about the middle of March but we’re back now, bigger and better than ever,” he smiled.

Incredibly, the weekly raffles have raised more than half-a-million dollars since 2002, when Sam Sabine began lobbying for a renal unit at Moree Hospital.

“We wouldn’t have been able to do it without the help of Moree Services Club, our local butcher Rob Moore who does all our meat trays, and all the members and guests that support us,” Mr Sabine said.

“We have 10 people on the committee and everyone chips in and helps whenever they can – it’s a great little group of very dedicated people.”

2021 league season: Group 4 special meeting for all clubs this Sunday at Gunnedah