Mr Marshall was at Glen Innes High School late last week and caught up with Year 7 students Jack Goldman and Bailey De-Jiong who commenced their lessons earlier in the week together with 53 other students in the Year 7 selective stream, continuing Xsel students and Year 11 students in selected subjects.

“I’m delighted that in addition to Jack and Bailey a Year 11 student at Bingara Central School has also gained a place in the virtual school,” he said. 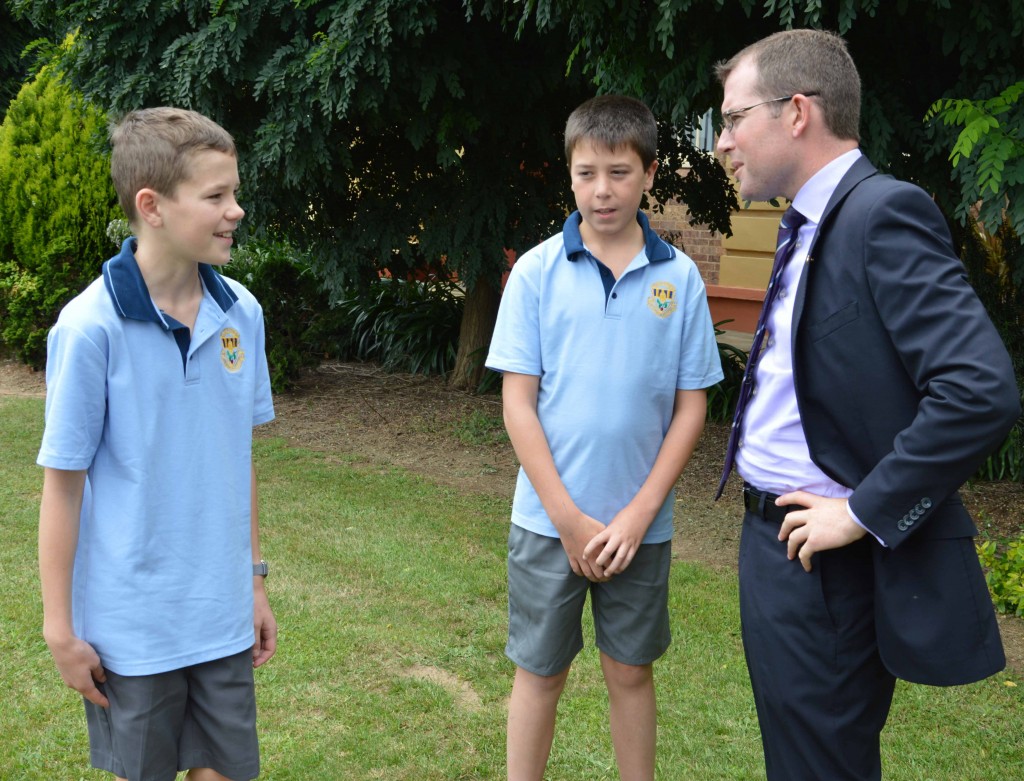 “Warialda High School mathematics teacher Susan Leamon has also been engaged to work with students at the college.

“Aurora College increases the opportunities available to rural and remote students across country areas and it will continue to grow.

“The college will work in partnership with 49 rural and remote schools, where the students are physically based. Specialist teachers have been handpicked for Aurora College and come from a further 30 schools across the State.

“Students in rural and remote NSW will have access to our most experienced teachers, even if those teachers are based in the city.”

“Attending a selective school is an opportunity that until now has only been available for students in metropolitan areas and larger regional centres,” he said.

“Using the latest collaboration technology, we are addressing a major equity issue affecting talented students in regional areas – students who have previously been unable to access the subjects and resources they need.

“Aurora College is one element of the NSW Government’s $80 million education package for rural and remote schools, announced in 2013. Other elements of the plan include $30 million to attract and retain quality teachers, and $4 million to strengthen early childhood education.”

Meanwhile, the Ashford Rugby League Football Club can now begin an upgrade of the power supply to its canteen after receiving news from Northern Tablelands MP Adam Marshall of a $5,500 grant from the NSW Government’s Community Building Partnership program.

Mr Marshall delivered the good news to the club’s President Mick Lewis while in Ashford recently and said he was delighted the NSW Government supported grassroots sporting groups in their bid to improve their local facilities.

“The club has been using an auxiliary generator to deliver power to the canteen which is both unsustainable and costly,” Mr Marshall said. “This grant will allow the club to go ahead and install three-phase power to the site.

“With the growing demands on the club, this was priority for them and I’m delighted that together we have secured this grant.

“It will certainly ease the work of volunteers who presently man the canteen – it provides the club with a vital source of income so it’s important there is a viable and safe venue to operate from.” 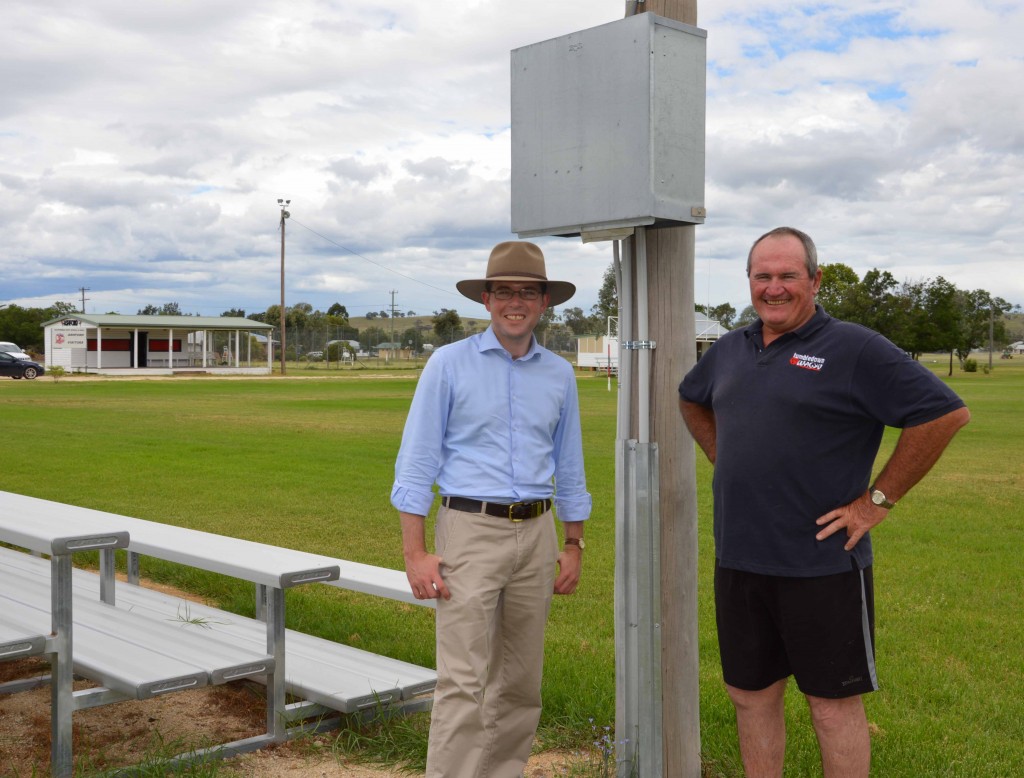 “Last year the club also secured a NSW Government grant to build spectator seating which has ensured the venue is capable of meeting the needs of the Ashford community,” he said.

Mr Lewis thanked Mr Marshall for his support and said it was gratifying to know the NSW Government was keen to support small rural community projects.

“This is great news – it’s important we get this done first and then we’d like to move on to some other projects,” Mr Lewis said.

“We have a lot of community support in Ashford so it’s important we keep working to improve these facilities.”