STEPHEN Ritchie on Saturday received a totally unexpected – albeit belated – birthday present when he was named one of nine newly-elected Moree Plains Shire councillors.

Mr Ritchie, who celebrated his 66th birthday on Wednesday, was one of 20 candidates for the Moree Plains local government election.

The retired builder was never confident of making the final cut, despite tallying 555 first preference votes – an impressive number for a “newbie”. 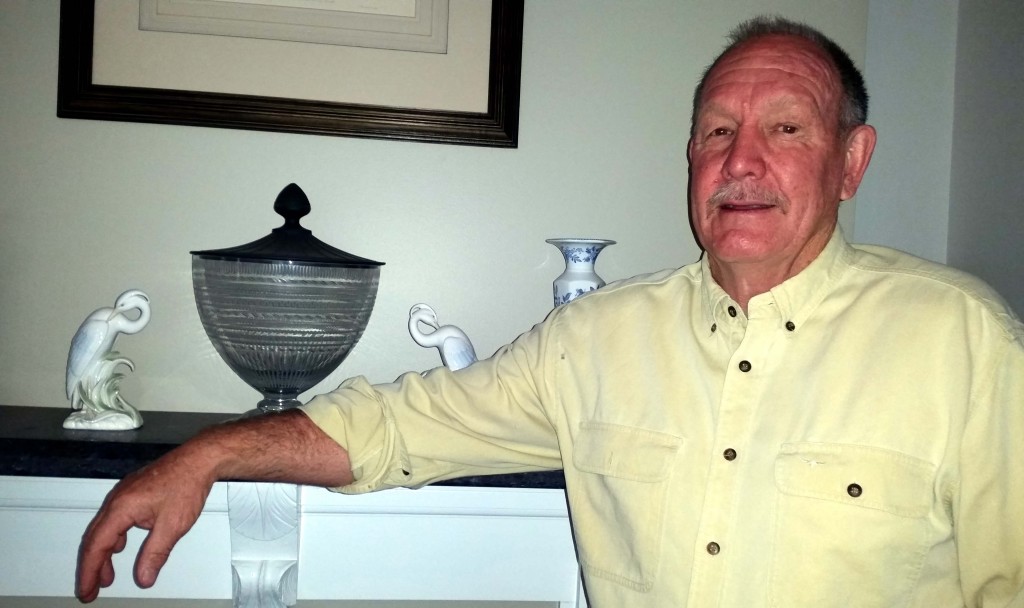 Stephen “Stitchie” Ritchie at home at the weekend.

“It’s an honour to have received so many votes and I’m forever thankful to the many Moree and district residents who put their faith in me by marking number-one next to my name on their ballot paper,” he said.

Only three members of the former council – Katrina Humphries, Sue Price and John Tramby – were re-elected to sit another four-year term.

Mr Ritchie, who believes a ‘back-to-basics’ approach is needed to successfully run Moree Plains Shire, said he will charge forward in his new role.

“There will be a lot to learn, of course, but now that I’m retired I have the time needed to fully commit to my new role as a Moree Plains councillor,” he said.

Mr Ritchie, who retired from the building industry last year, has been a member of the Urban Advisory Committee for 12 years and president of the Moree Historical Society for the past 15 years.

“This will create employment and promote population growth,” he said.

Mr Ritchie also strongly believes that council should concentrate on running and promoting Moree, rather than spending money on projects better suited to private enterprise.

“I think the Gateway Project has been a big letdown for the people of Moree, especially the cost of constructing it as well as the ongoing cost of maintaining it,” he said.

“A council in any town should be just that – a council – and not property developers.”

Table for nine? No worries!

The Price is right: deputy mayor back on board for another four years

Next post
The Price is right: deputy mayor back on board for another four years