LILLIAN Russell would have most definitely approved.

The vaudevillian starlet of the late 19th and early 20th century would have given her seal of approval had she been in the dress circle at Moree Arts Community Theatre’s latest production Sticky Sweet –she would’ve been far too clever to take an aisle seat up near the front, such was the at-times reluctant yet hilarious audience participation.

Sticky Sweet ran for just two nights – both sell-outs, as is the norm with any MACT production – and had that perfect mix of very vocal vaudeville, beer hall tomfoolery and slapstick, a good dollop of classic cabaret, some seriously good jazz, and a finale that had both men-folk and women-folk gasping for more.

The cast and crew of Sticky Sweet (Image: Cameron Fearnley).

The Beverly Hillbillies got an absolute caning; The Full Monty was re-branded as something just that little bit fuller and a lot more ‘monty-er’; co-hosts David Watts and Charlotte Meppem bounced off each other like true veterans of the stage; and Merri-May Gill has got a hell of a lot of explaining to do, as Angus Penfold and yours truly discovered.

The two-hour show – with a perfectly-placed intermission to allow audience members to refill glasses, and wipe their brows and compose themselves – was interspersed with corny one-liners, side-splitting skits and just the right amount of risqué bawdiness.

Brain Surgery, played out by Sean Baldwin, Michael Warwick, Roz Latter, Greg Fisher and Helena Ross was pure gold and Jake Muggleton on saxophone was pure platinum when teaming up with Jacqualyn Drenkhahn for Dion DiMucci’s 1961 classic, The Wanderer. 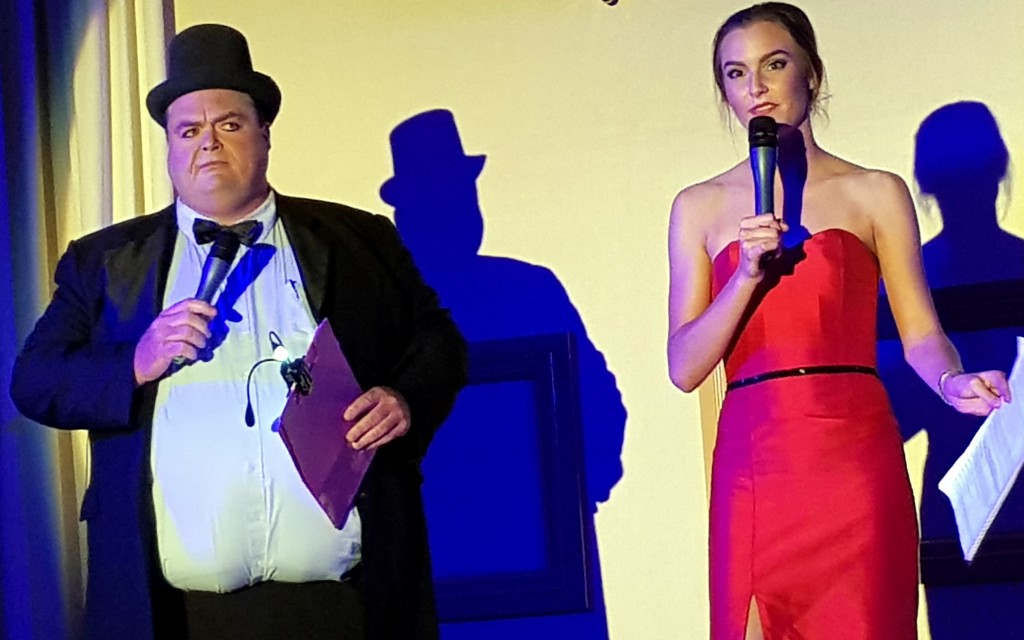 Lyndon Hankey’s take on hillbilly Jethro Bodine was scene-stealing stuff and the things that Jayne McDouall suggested men do with a humble postage stamp – lick it before you stick it – had women speed-dialling Australia Post to buy the damn things in books of 500.

Will Penfold, Greg Fisher and Sam Martin flung, caught and turned their towels at just the right time in Towel Dance.

They had no choice – bath towels were their only props.

“The overarching theme for this show was that the music, songs and acts that were selected had to be a little risqué or shocking in some way,” Stevie said.

“I wanted to put together a show that was a little unconventional, shocking at times and challenging for audiences, yet still artistic and beautiful.

“And I think the mix of acts I selected really worked. I came up with the concept of Sticky Sweet during the Show-Tunes performances and because of my love for burlesque I wrote some of the parodies within the show, like the naughty nuns skit, and choreographed different dances.

“Goodness Gracious Me was a song I performed as a child with my sister Jacqualyn, who I always made play the male role – something I still do to her to this day,” Stevie smiled.

“Jac is an amazing musician. Anything I ask her to arrange, she generally does it with her eyes closed. I am so lucky to have a sister who can help me bring my wild ideas to life,” she said.

Stevie, who shone alongside her father Otto when playing Duelling Banjos using just plastic instruments, said she was extremely proud of the production and the entire cast and crew that put it all together so perfectly.

“Moree is brimming with talent – you just have to know where to find it,” Stevie said.

Stevie obviously knows exactly where to look, and adroitly brought together a cast of Moree veterans and familiar faces as well as a crew of emerging first-timers.

“I have a knack for casting – if I don’t mind saying so – and I just create in my mind these pictures of what I want certain acts to look like on stage.

“Then I start talent-scouting and sometimes I just approach people and ask them if they could see themselves in different roles. 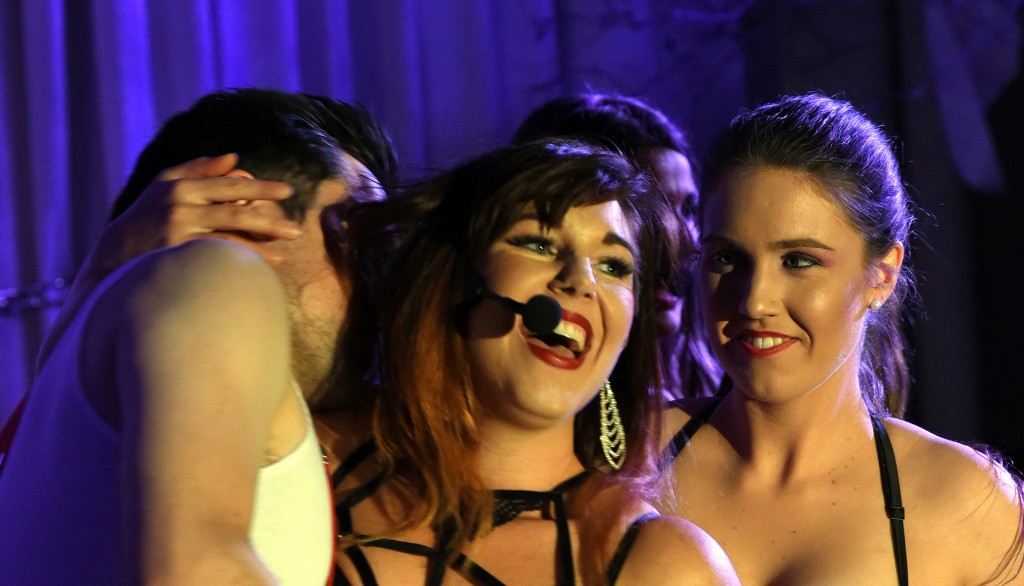 “I finally convinced my cousin, Julie Denyer, to play a part in the show. She has always been a great dancer and this time around was the right time, and she had the confidence to say ‘yes’ – and she did exactly what I knew she could do,” she said.

“My best childhood friend, Nicole Smith, moved back to town and said she was interested in doing something in the show, and I just had her pegged as the lead for the hilarious Resume skit and she pulled it off brilliantly.

“Lyndon Hankey also joined us this time around and played Jethro so well. He amazed me by learning all his lines and perfecting the character in just four weeks,” Stevie said.

“Roz Latter and Fiona Norrie are other faces new to MACT and again I asked them to be involved, based on the pictures I create in my mind – and they both fit their respective roles perfectly.

“We are all so very proud and I am so glad – and relieved – that my naughty little show was not only well-received, but went down a treat,” she said.

As the show closed and an after-party commenced, Stevie said she always felt a little sadness every time the final curtain falls.

“I always feel a little sad when the show is over, working with everyone to perfect their acts and really getting to know people very well. When the show is over life goes back to normal, but it is nice that the friendships you build with these people remain,” she said.

Moree Arts Community Theatre’s next production, a Christmas pantomime, is just around the corner.

Times, dates and venue will be announced soon.