LEADING Sydney metropolitan apprentice Rachel King will be at Moree races on Sunday – but she won’t be out on the track doing what she does best.

Instead, last season’s Sydney apprentices’ premiership-winning rider will enjoy a rare day out at the races, cheering home partner Blake Spriggs, who rides in the 1400m Pacific National Moree Cup.

She will spend a relaxing day trackside on Sunday while Spriggs reunites with the Nathan Sinclair stable and top chance Rockatorio in the Moree Race Club’s signature event.

Spriggs, the grandson of Moree racing legend Kevin Hartin, cut his teeth at the Sinclair stable during his early teens, learning to ride on a little black filly that “he rode the ears off”.

Spriggs, 27, honed his craft at Gravesend pony camp while riding work on the Moree track for the Sinclair family.

Spriggs is no stranger to the Moree track on race-day, either.

He won the 2009 Moree Cup on Geigeron for Broadmeadow trainer Steve Hodge as well as the Moree Cotton Cup the same year on Crowntreno for local trainer Martin Fernando.

Spriggs has ridden nearly 500 winners including an historic same-day quintet at Rosehill Gardens in 2010 when just 18 years of age.

Two years ago Spriggs rode Sir John Hawkwood in the Caulfield and Melbourne Cups after winning his first Group 1 on the same horse in the 2400m Metropolitan Handicap at Randwick. 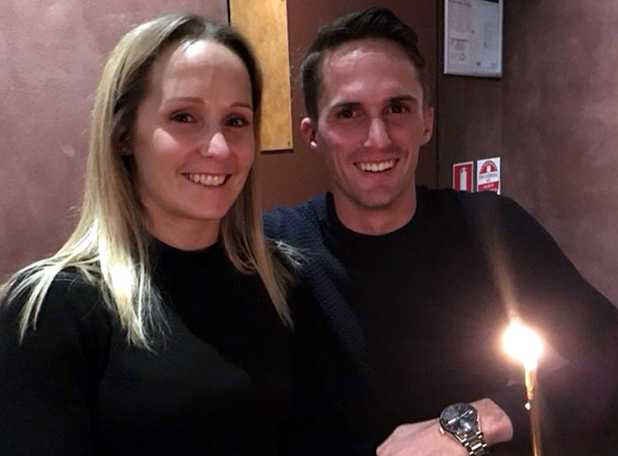 Rachel King and Blake Spriggs will both be in Moree on Sunday. Spriggs partners Nathan Sinclair’s Rockatorio in the Moree Cup while King, last season’s leading Sydney apprentice, will be cheering from the grandstand (Image Supplied).

He says a win on Rockatorio on Sunday would be a special chapter in his career.

“There might be better horses in the race and I have already won a Moree Cup (on Geigeron) but if I can win this for the Sinclair family it will mean as much to me as winning my Group One (on Sir John Hawkwood),” Spriggs said.

“The Sinclairs looked after me at Gravesend and I’ve never forgotten that.

“The whole family helped me get to where I am, and all of the achievements would not have been possible without them.

“It will also be the first time I’ve been on the Moree track since I did a gallop in grandpa’s honour with two of Peter’s horses so winning the cup will be very special for a number of reasons,” he said.

Trainer Nathan Sinclair, whose only other starter in a Moree Cup was unplaced Jeffery Joe in 2012, said getting Spriggs back to Moree for Rockatorio was a key booking.

“We’ve had a long association with Blake,” Sinclair said.

“He’s ridden for us a few times over the years and actually came up to Moree and learnt to ride with us.

“I thought I’d give him a call and see if he was interested in coming up for the meeting – luckily enough, he said he would.

“Blake always goes good – I just hope the horses go good for him, too” he smiled.

Rockatorio has been the find of the winter since transferring to Sinclair’s stable earlier this year.

The gelding, owned by Sinclair in partnership with Trevor and Barb Davis from Tamworth, has won at Warialda and Tamworth and also finished runner-up at Coonabarabran and Quirindi.

Rockatorio’s best runs this preparation were in defeat when second in both the Gunnedah Cup and Gwydir Handicap at Moree.

The eight-year-old has since blotted its copybook with unplaced efforts at Scone (transferred Tamworth meeting) and Gunnedah.

“Rockatorio was going all right but his last couple of runs have been very ordinary,” Sinclair said.

“He usually jumps and begins well but at his last start at Gunnedah he just wanted to settle back further than he normally does.

“He surprised me a bit when he ran second in the Gunnedah Cup. He hit the front at the 200m and I thought he was going to get there,” he said.

At Scone Rockatorio finished an uncharacteristic seventh, a run that prompted Sinclair to call in an equine chiropractor.

“The horse was ‘out’ pretty bad, so hopefully the chiropractor might have sorted things out,” said Sinclair, who will also start Pretext’s Dream and Ready to Go Go on Sunday.

“He hadn’t been out of the money for us prior to his last two runs – he’d finished first and second every time, and in good races.”

“I was impressed with his Gunnedah Cup run so if Nathan can get him in to that form I’ll be in with a chance,” he said.

Meanwhile, up in the stands on Sunday will be Sydney premiership winner Rachel King, cheering home Rockatorio.

It will be her first day out at the races since watching Spriggs ride Sir John Hawkwood in the 2016 Melbourne Cup.

“It certainly was a huge honour to win the apprentices’ metro premiership and a great way to end my apprenticeship,” King said.

“Fingers crossed my luck can continue now as a senior jockey. I’m looking forward to having a day out with Blake’s family on Sunday and cheering Blake home in the cup,” she beamed. 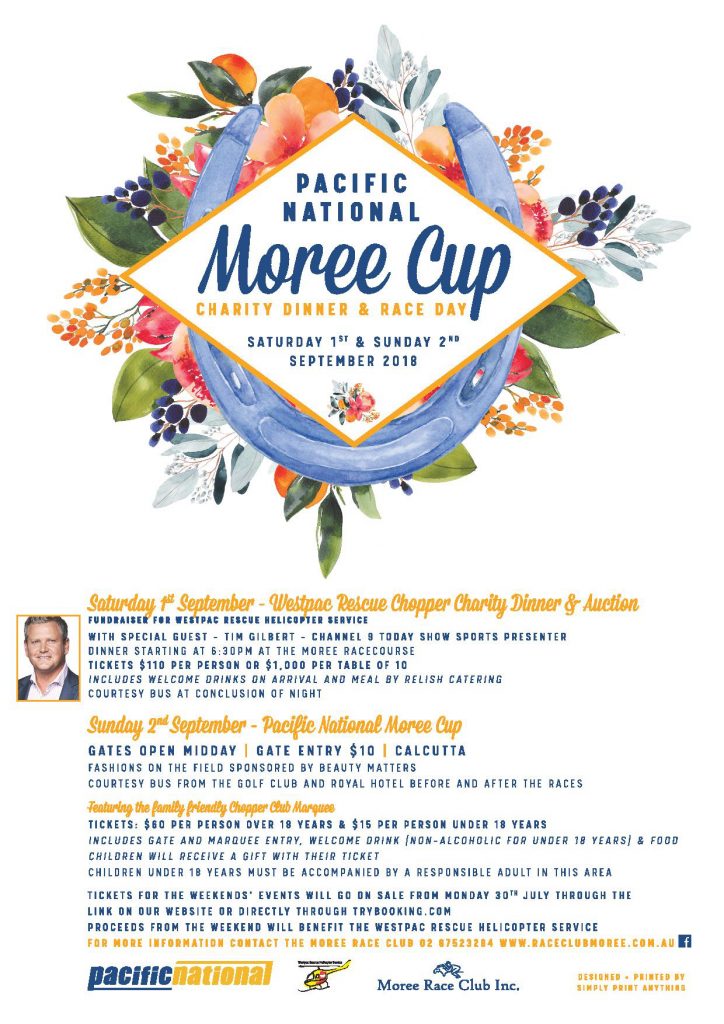