THOUSANDS of dollars’ worth of prizes and auction items have been donated to Moree Junior Cricket Club to help finance a new white picket fence at Ron Harborne Oval sporting precinct.

And they will go under the hammer at a huge sports dinner at the Max Function Centre on Friday, October 20.

“We have good numbers at the moment and we still have tickets available,” Watts said.

“I’ve spoken to our four guest speakers and they are all very excited about coming up for the night.”

McCulloch is a member of the NSW Swifts playing in the new Australian league Suncorp Super Netball and currently captains the side.

Tom Carter retired from rugby union in 2013 after playing for the NSW Waratahs and representing Australia on the world stage.

“Brad will be training with the boys on the Friday afternoon before the function and Abbey will be at the netball courts as well – the local netball club will be host to her for the afternoon. Tom and Jimmy Smith will also be down at the cricket nets with Brad,” Watts said. 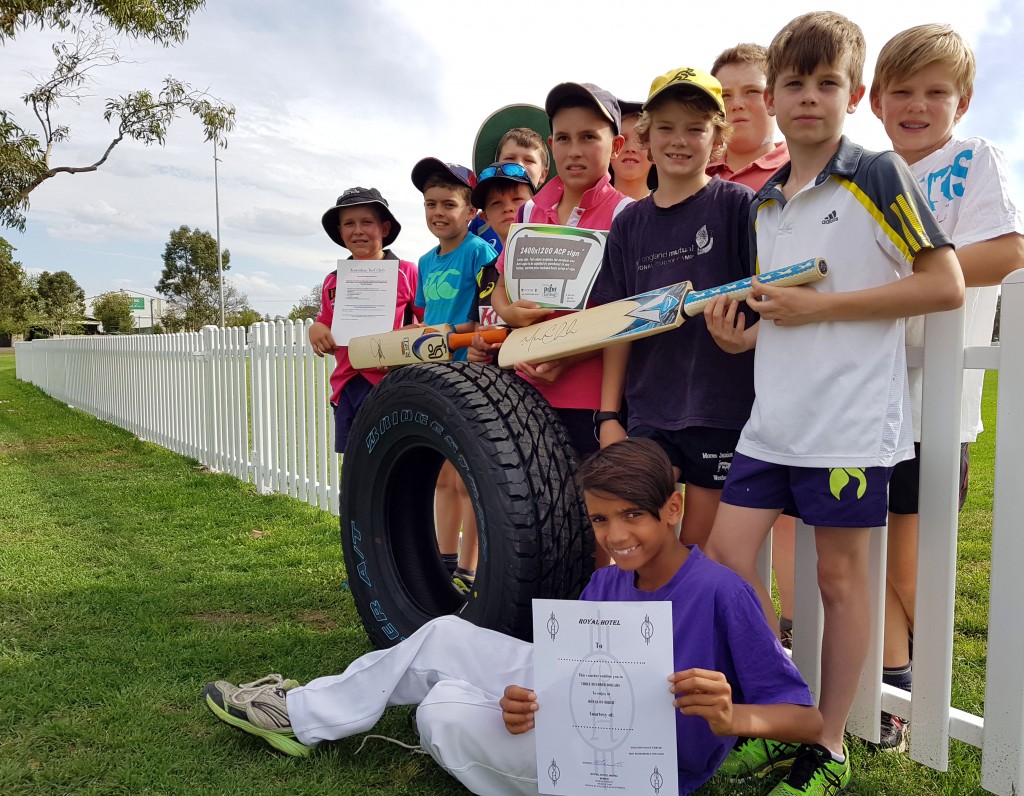 Moree Junior Cricket Club members with just some of the raffle and auction items that will be up for grabs at the McGregor Gourlay Sports Dinner at the Max Function Centre on Friday, October 20 (Image Copyright Bill Poulos).

“There will be cricket training for the kids and Tom will do a bit of rugby training, throwing the ball around and that sort of thing.”

All money raised on October 20 will put back into cricket in Moree, and will help pay for a white picket fence recently erected at Ron Harborne Oval.

“It all looks fantastic and the new wicket is also looking a picture. It will all get used for the first time this Saturday for the first round of cricket for both juniors and seniors,” Watts said.

The new cricket oval will also be used on October 22 for representative cricket.

“The compliments we have received from members of the community have been amazing – it just makes the whole precinct look like a sporting ground,” Watts said.

Funding for the project was raised jointly by local cricket clubs and Moree Plains Shire Council.

“We have been raising money for a while now and we are continuing to raise money. That’s what our sports dinner is all about, and we will be putting that money towards paying for our share of the fence.

“We are also looking at sight screens and a scoreboard. Any money we’re raising at the moment is going straight into the Greenbah sporting precinct,” Watts said.

Tickets to the McGregor Gourlay sports dinner, available from A Tasty Surprise on Balo Street, are just $100 per head and include complimentary beer and wine between 6pm and 7pm, hor doeuvres, a main meal and a dessert plate.

“We have 15 auction items – all donated to us from various businesses and organisations throughout the community – and we have two really good auction items that Jimmy Smith organised for us through the Australian Turf Club,” Watts said.

“They are great race-day prizes that include a beverage and food package and entry to the members’ bar for a day out at the races in Sydney.”

Raffle tickets are available from A Tasty Surprise, WJ Matthews, Agriware, Major Metals as well as this Saturday morning at Moree junior cricket’s opening round at Ron Harborne Oval. 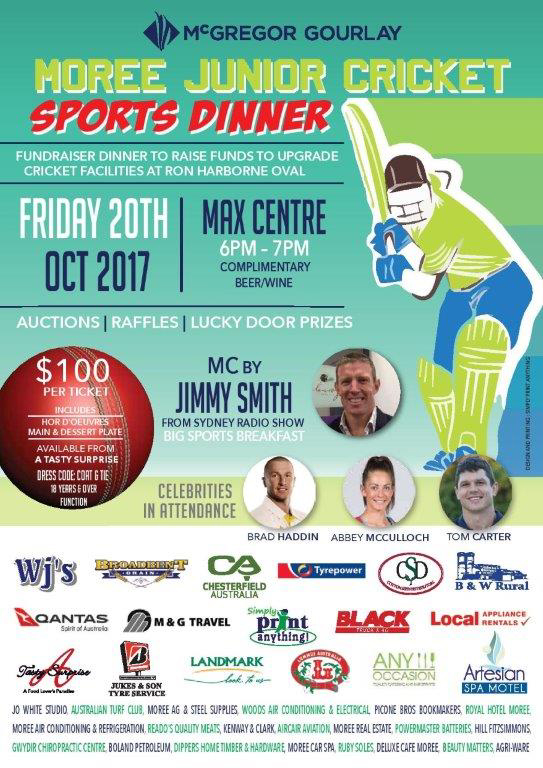