Mr Marshall was joined by Principal Matt Hobbs and Northern Tablelands Public Schools NSW Director Sue Brown to announce that an Opportunity Class would be established at Armidale City Public School, starting with an intake of 15 Year 5 students in 2016.

The MP said Opportunity classes catered for highly achieving Year 5 and Year 6 academically gifted and talented students who would otherwise be without classmates at their own academic and social level.

“Armidale has selective classes in two local high schools, Armidale High School and Duval High School, but has not, so far, had an opportunity class located anywhere in the Northern Tablelands.

“This is a very exciting first for education in our region.” 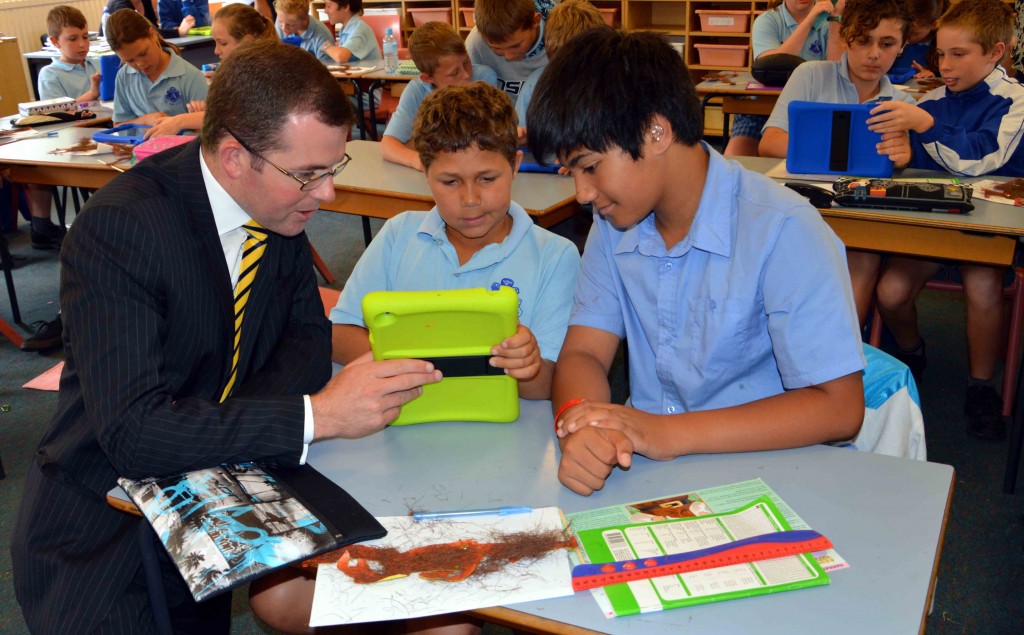 Mr Marshall said the class would begin 15 opportunity class places in 2016 and will progress to a Year 5/6 composite of 30 students in 2017.

“This will have far reaching benefits to our region’s students but also for staff at Armidale City Public who will gain from accelerated teaching and skills development,” he said.

“It also provides a clear pathway for the students onto the selective classes at either of the Armidale high schools.”

Mr Marshall said that with the addition of Armidale City Public School, there will be 76 public schools throughout NSW offering a total of 1,740 Year 5 places in opportunity classes next year.

Parents with children in government and non-government primary schools will be able to apply for places in the class online from the Department of Education and Communities opportunity class placement website at www.schools.nsw.edu.au/ocplacement from Monday, 27 April 2015, until Friday, 15 May 2015.

Students will be considered by a selection committee on the basis of school assessment scores for English and Mathematics provided by the current primary school combined with the student’s results on the Opportunity Class Placement Test. 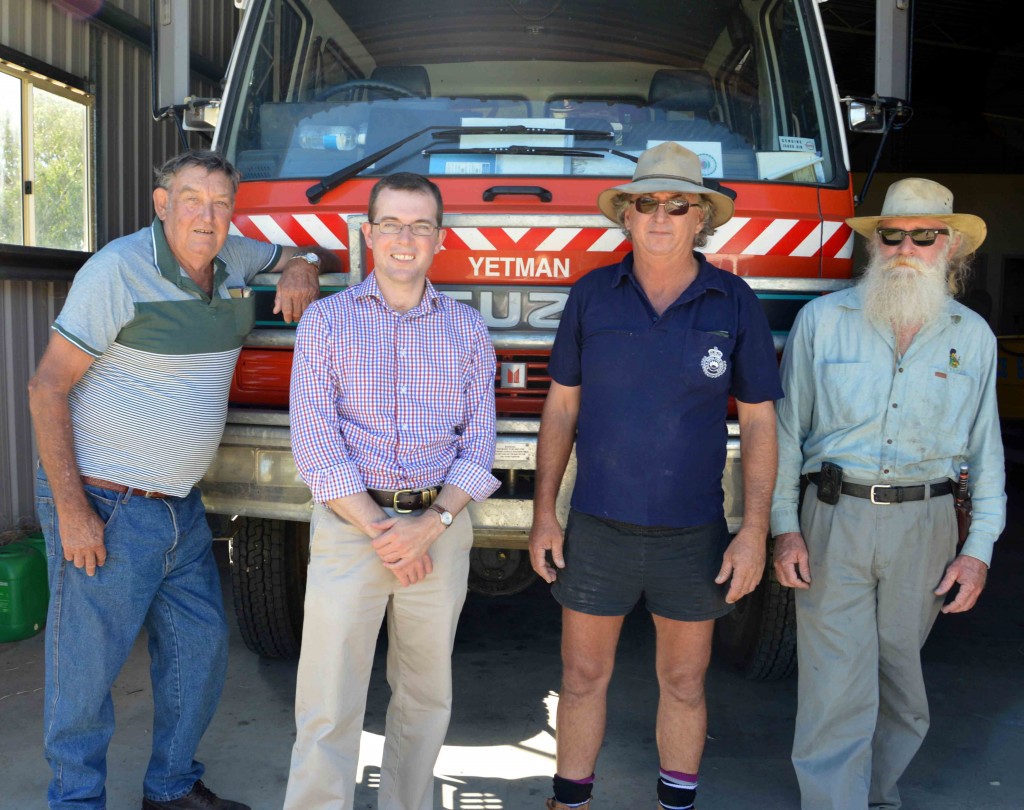 Mr Marshall met with brigade members in Yetman late last week to give them the good news and talk to the brigade about its operations in the region.

“I’m pleased to say a new Cat7 fire tanker will be delivered to the brigade within the next few months,” Mr Marshall said. “They are an impressive fire fighting vehicle with every modern protection for the volunteers on the fire ground.

“The arrival of the new tanker will be a huge boost for the dedicated RFS members of this isolated community, who not only answer the call in fire emergencies, but also attend many motor vehicles accidents along Bruxner Way.

“The RFS brigade has an excellent working relationship with the Yetman State Emergency Service (SES) Unit and some locals are members of both organisations.”

Mr Marshall said he was impressed that in such a small community the RFS has 30 brigade members, 12 of whom are active.

“Typical of many of our small rural communities, when there’s an emergency situation, everyone gets involved to help out,” he said.

Mr Marshall also inspected the Yetman SES shed which stands alongside the RFS base.

“It’s a gathering point for locals as there are quite a few RFS volunteers who are members of the SES, it’s a great example of how partnerships work in small communities,” he said.

“The service has a proud history and our rural communities rely heavily on their services so I’m delighted to see their efforts are appreciated and government continues to upgrade the equipment.”

Next post
Another CSG exploration licence bites the dust