THERE will be no such thing as friendly rivalry at this year’s Moree on a Plate Blokes on the BBQ competition, with five teams vying for the highly-coveted title.

Returning to defend their crown are Drew Hawkins and Marco Cicchelli of Rabobank, while Greg Bell and Mark Simpson, who last year took out the People’s Choice award, are also back and keenly eyeing off the top prize.

Local chiropractor Greg’s skills on the barbeque may need a little adjustment, but he believes his secret weapon will be teammate “Simmo’ – the AMPS Moree manager and seasoned barbeque whizz thanks to years of field day sausage sizzles.

They may look charming, but don’t let these smiling assassins fool you. 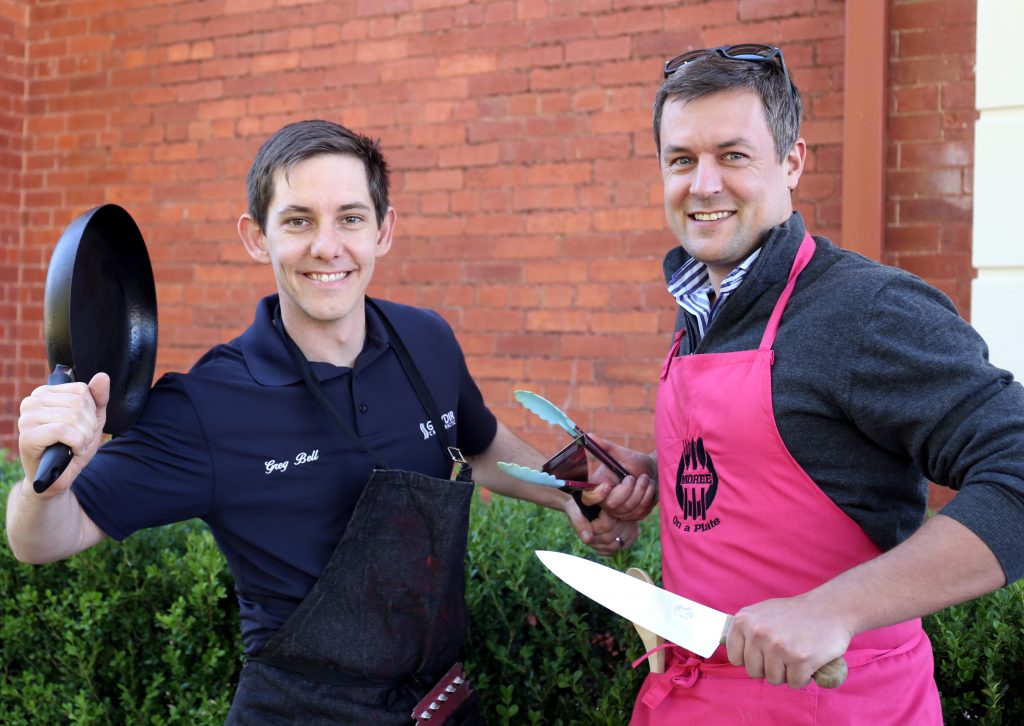 Greg Bell (left) and Alistir Spring are preparing to cook up a storm – against each other – at Moree on a Plate on Saturday.

While Alistair admits he prefers to hold up the bar rather than turn a steak, with a menu including a simple medium rare rib-eye on the bone done in a secret chilli rub with a side of smashed potatoes and garlic and olive tapenade, plus a side of large mild chillies stuffed with olives, fetta and caramelised onion – we’re not convinced.

This local solicitor is used to frying people in court, and he’s not afraid to give his competitors a grilling either.

Liam McCormick, a renowned hometown hero in the pool, on the footy paddock and in the kitchen, will return to the competition for the second time.

Robbed from the prize in 2016, he has flicked weak link Dave Warburton in favour of Sam Harris as a more promising team mate.

And while Paul Kelly and Sandy Bailey were close in past competitions, it’s now up to Josh Ledingham and partner Tom Cush to close the deal.

These local teams will take to the tongs for a blazing BBQ showdown, with a few ingredient twists to spice up the competition.

Organiser Kate Goodhew said the competition has always proven a fun and is a light-hearted drawcard for Moree on a Plate, with each team to receive a cut of their choice from South Moree Butchery and Reado’s Meats, pantry staples from Coles, and a mystery local ingredient allocated on the day.

This year the event will run at the new timeslot of 11.45am, and Kate encourages festival-goers not to miss out on the fun.

“The judges will then make their decision, with the winners declared at 1pm.

“The BBQ cook-off will be conducted after Ben O’Donoghue’s first demonstration, so while people are used to the cook off being at the end of the day, everyone must remember it’s on earlier this year – we would hate for anyone to miss witnessing this hilarious event.”

Teams will cook off for the crowds on Weber barbeques, with the winners receiving their own Weber Baby Q kindly donated by Mitre 10 Moree.

Moree filmmaking, singing and acting extraordinaire Merri-May Gill will emcee proceedings, ensuring the boys are kept on their toes – and the crowds entertained – during the cooking process.

The Blokes on the BBQ competition, proudly supported by B&W Rural, will begin at 11.30am during the festival.

WITH final preparations underway for this weekend’s Moree on a Plate Food and Wine Festival, the signature regional event has received a $2,000 boost, to help cater for an expected record crowd on Saturday. 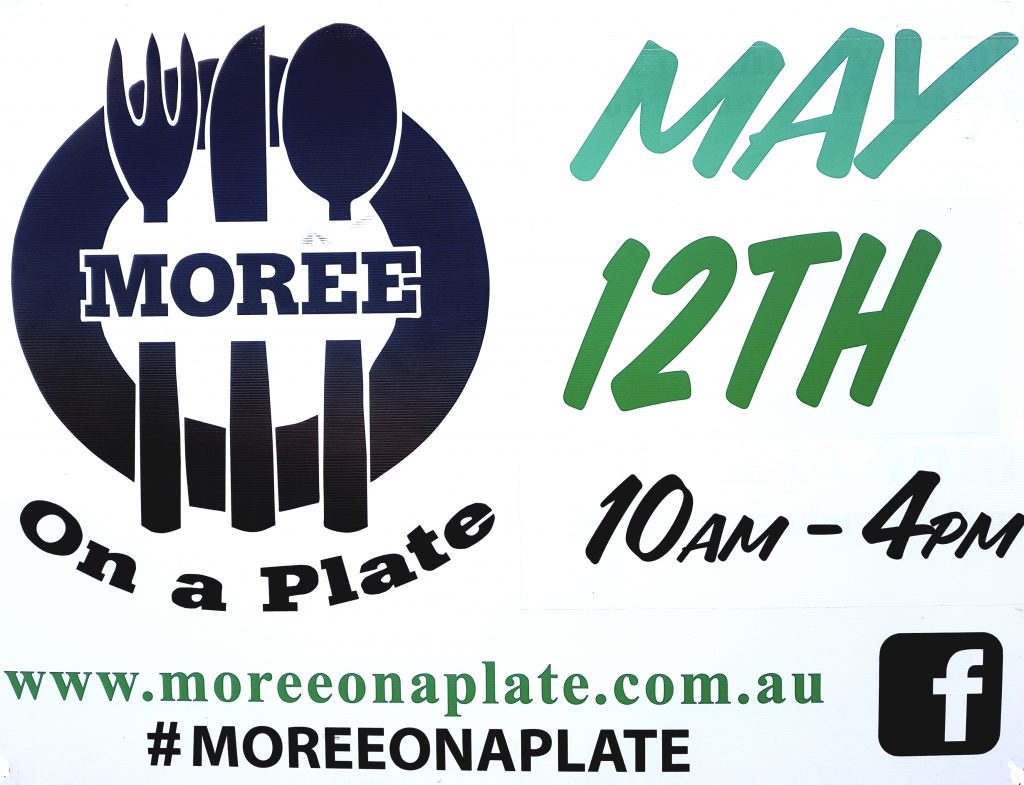 Next post
Moree on a Plate boosted by $2000 entree