MOREE racing’s Sinclair family teamed up with former turf journo Bill Poulos and his wife Cindy to add yet another string to the well-known stable’s bow at last weekend’s Moree Show – camel racing.

Peter Sinclair’s niece, 14-year-old Jess Towns, was legged aboard the Deluxe Café Moree-sponsored camel – renamed Not Another Playa by connections – and, to quote Banjo Paterson, showed her rivals the method to travel in the North-West Plumbing Moree Camel Cup at the 130th annual Moree Show. 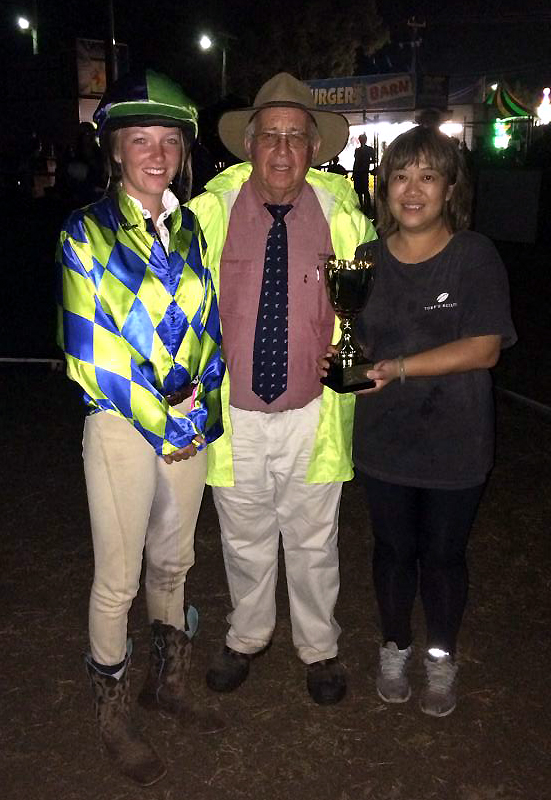 Sinclair’s stable foreman Tony McCosker guided the fleet-footed ungulate to a narrow win in the first of five heats on Friday but could not take the prized mount on Saturday – news that saw Not Another Playa drift from 5-2 out to 6-1 in overnight markets.

“I had to be at Narrabri races with Pete’s horses, so when Bill asked me to find a new jockey I thought of Jess straight away – she’s a good rider,” McCosker said.

“Show committeeman Terry Smallmon asked us a couple of days before the race if we’d sponsor a runner – and I’m glad we did,” Bill Poulos said. 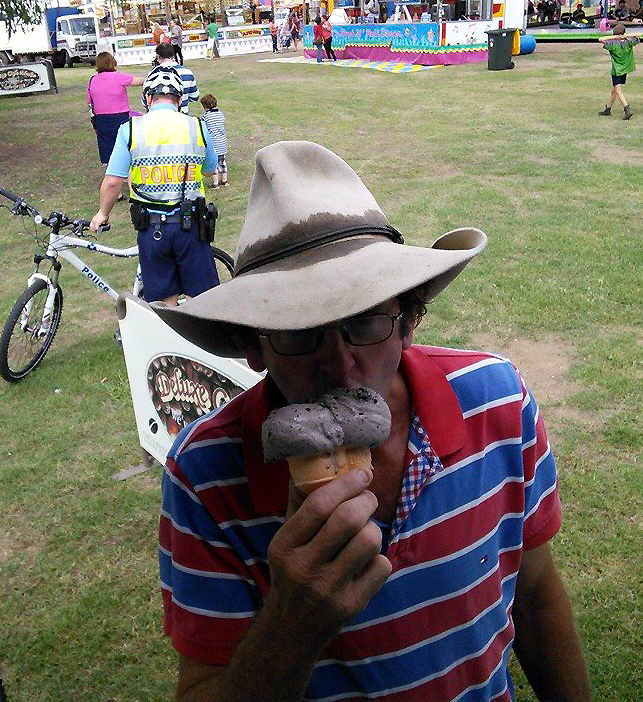 Tony McCosker is rewarded after winning the first heat of the North-West Plumbing Moree Camel Cup on the Deluxe Cafe Moree-sponsored Not Another Playa at the Moree Show on Friday.

“I snapped up Tony to ride in the heat and he did the job superbly.  Mind you, if (stipe) Shane Cullen had been there, our man might’ve got ‘life’.

“It’s a pity Tony couldn’t be there for the final, but that’s racing I suppose. He recommended Jess as a replacement rider and he was spot-on – Jess is out of a Sinclair mare, so we knew we had class on our side,” he said.

Not Another Playa responded brilliantly to Jess’s vocal urgings to race clear and score by more than 25 humps in race and track record time.

Jess, who also won the Show’s champion district girl rider, said Not Another Playa had the feature race sewn up a long way from home. 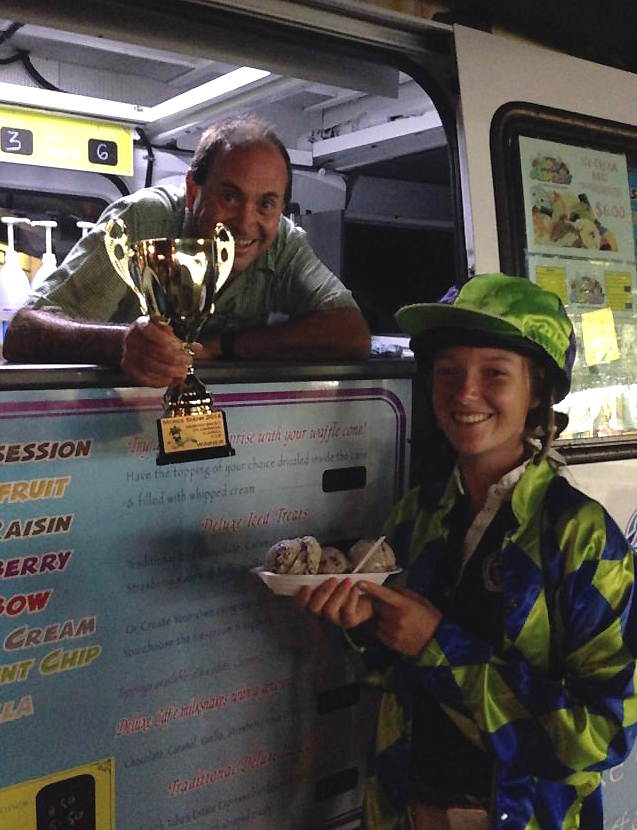 “When we jumped I just yelled and roared at him and he raced clear – he bolted in,” she said as she lapped up her three-scoop “sling”.

Meanwhile, the camel’s namesake, eight-year-old gelding Playa, is back in work at Nathan Sinclair’s stable in preparation for a tilt at all three cups at the upcoming Golden Triangle picnic racing carnival at Moree, Mallawa and Talmoi.

Playa, owned by a Moree syndicate headed up by Bill and Cindy Poulos, won last year’s Goodwood Cup at Inverell before finishing hard for third in the Glen Innes Cup earlier this year.

“He’s come back in great order; we couldn’t be happier with him,” Poulos said.

“Nathan and Peter have a couple of races picked out for him over the border and then it’s all systems go for the Golden Triangle,” he said.

The ties that bind: Nathan Sinclair’s new lease on life, thanks to dad Peter