AMATEUR riders Roger “Golly” Carter and Bobby Mackay made the Boolooroo Cup at Moree picnics their own during their respective days in the saddle – and trainer Peter Sinclair is doing pretty much the same thing in the modern era. 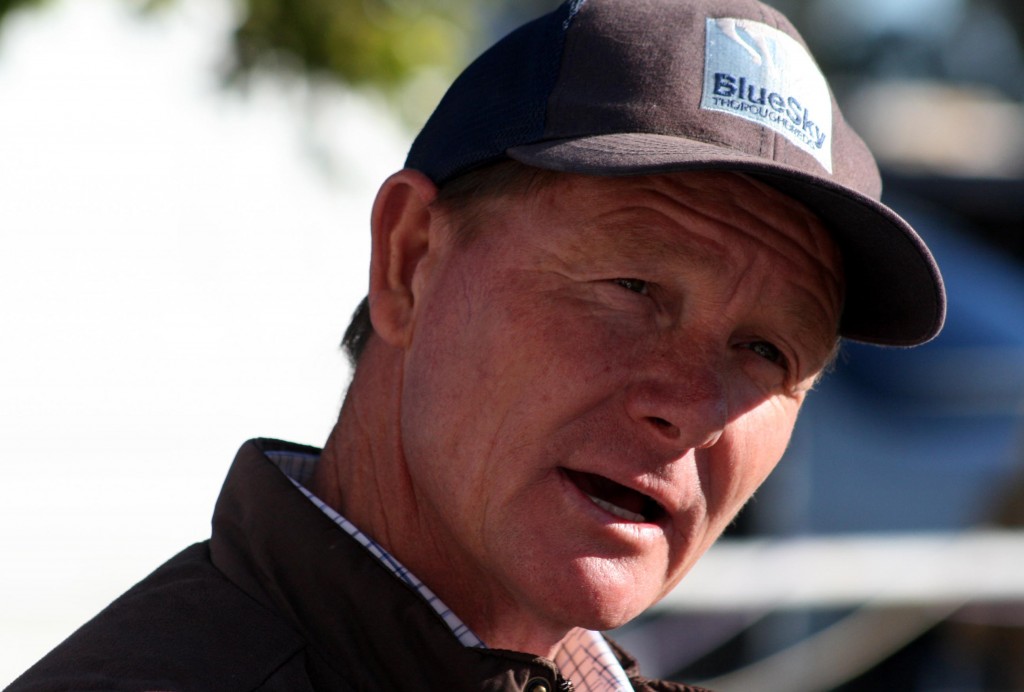 Trainer Peter Sinclair is poised to win his 10th Boolooroo Cup at Moree picnics next Saturday.

Fast-forward the calendar nearly 50 years and Sinclair is poised to create a few records of his own.

The Moree trainer has led back nine Boolooroo Cup winners in 21 year and he reckons he has the horsepower to get his 10th  – and fifth in succession –  when the first leg of bush racing’s Golden Triangle springs from the barriers on his home track next Saturday.

Dungiven finished well back in the 1600m Gunnedah Cup on Mothers’ Day before scoring over 1200m at Coonamble last Saturday against benchmark-55 company – a huge effort given the gelding was coming back 400m in distance in just six days.

On the same program One Double finished second to smart mare Farewell Julia in class 3 company over 1400m.

Sinclair says the stablemates have hit form at just the right time.

“Dungiven is a trier – his form will tell you that,” Sinclair said.

“The Gunnedah Cup was obviously a bit tough for him, but he went well the other day at Coonamble and he’s coming good at the right time, I suppose.”

Dungiven, part-owned by Moree veterinarians David Hunter and Charlie Bunce, has risen rapidly through the picnic ranks during the past three seasons.

Bought as a maiden horse for not much money, Dungiven has now won 10 races and been placed a further eight times from just 32 starts.

“The first year we went around at the picnics with him and won a maiden and a couple of class Bs I said to Charlie that we might have to find a better horse for the following year because I wasn’t that confident that Dungiven would be up to the cups . . . well, I was 100 percent wrong,” Sinclair smiled.

Dungiven last year won picnic cups at Mallawa and Wean as well as the Talwood Cup on the professional circuit.

Stablemate One Double chases back-to-back wins in the historic 1400m Boolooroo Cup, first run in 1924 when won by Diplomation.

“One Double has been going good,” Sinclair said.

“He’s a bit of an in-and-out horse, and sometimes I just don’t understand him – sometimes he doesn’t race as well as I expect him to.

“But on his day he’s a decent horse and he won last year’s cup pretty easily. He’s fit and well, and he ran a good race at Coonamble last start,” he said.

Sinclair might appear to again have a stranglehold on the Boolooroo Cup, but he is forever mindful of top-class seven-year-old Kyogle Town, trained locally by Peter Blanch.

“I’m always petrified of him wherever he goes if I’m in the race, because he’s obviously a very good horse and his form on his home track is exceptional.

“My horses are fit and well, but I’m always frightened of Kyogle Town whenever I meet him,” he said.

Sinclair also saddles up the David Hayes cast-off Cool Rules in the 950m Moree Bracelet, a race he has won with Crystal Club (2011) and twice with Booked out in 2013 and 2015.

Cool Rules resumed over 1100m at Coonamble on May 14 and was far from disgraced when fifth behind Vision Retract.

“Cool Rules is going OK but, obviously, it’s not ideal coming back to 950m after his first-up run over 1100m,” Sinclair said.

“However, he did run a good race last time in at his only start at Moree over the same journey.

The only little problem with him is that if there is leaders’ bias at Moree he’s not going to be up there – that’ll be our only worry with him.” 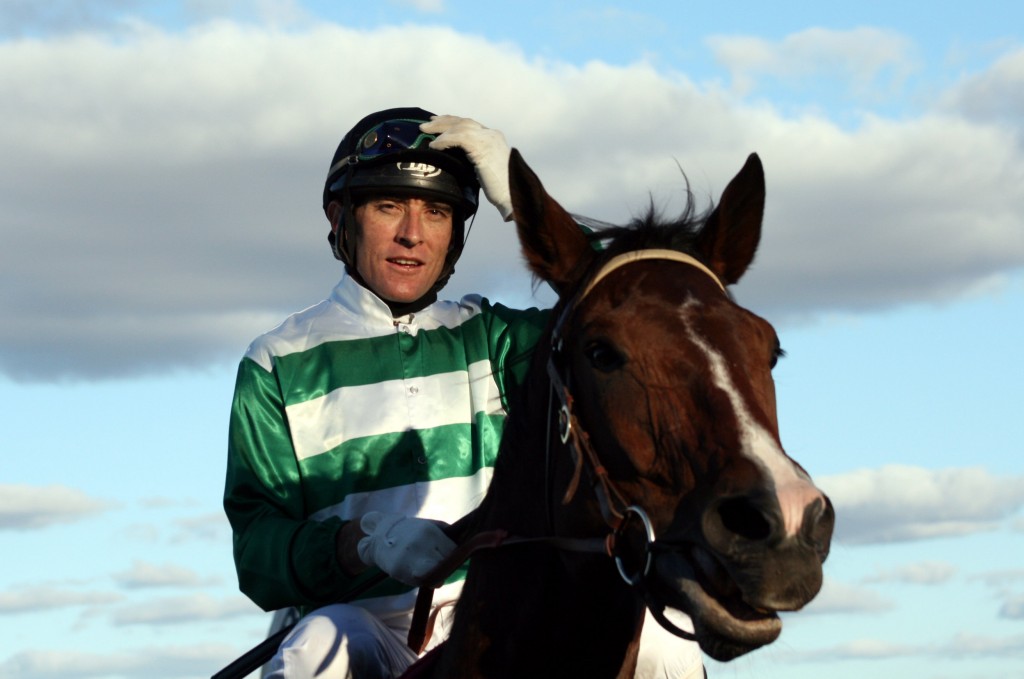 Ricky Blewitt brings Crystal Club back to scale after winning the 2012 Boolooroo Cup.

“Sahara Bounty was a good horse and, really, anyone could’ve trained him. I was cutting my teeth as a trainer back then – he was educating me more than I was educating him,” Sinclair said.

“Midas Boy was not a very attractive horse, but had a big heart and Nepelle was a good horse, and better than picnic class.

“Jazzmaker was the perfect picnicker – big and strong – and he won a lot of races outside the picnics.

“Crystal Club was a decent horse but hard to train, and it’s not often you see mares win at the picnics so she did a good job,” he said.

“Joppick was a handy horse and also won outside the picnics. He was a $1000 buy and ended up winning seven races.”

Tapakeg firmly cemented Sinclair in Golden Triangle record books two years ago when the gelding, owned by Dominic Neate and Pat Galvin, became just the third horse in 84 years to win all three cups in the one season at Moree, Mallawa and Talmoi.

Tapakeg joined Golden Triangle grand-slam winners Mulgate (1961) and Gefilte (1988) when he raced clear to beat Playa in the third leg at Talmoi.

“Tapakeg was much better than picnic class and, really, had he raced a bit better in his couple of runs before the picnics that year he probably would not have started on the circuit,” Sinclair said.

The trainer is now poised to win his fifth Boolooroo Cup in as many years however he says defending title-holder One Double did things a bit back-to-front last year.

“The horse was bought specifically for the picnics, but won the wrong cup – all the owners are from Mallawa but he won the Boolooroo Cup instead,” Sinclair laughed.

Share
Share:
MP calls for an end to fly in, fly out judges; permanent solution needed for the bush

MP calls for an end to fly in, fly out judges; permanent solution needed for the bush