In a nationwide pledge, Woolworths’ net profit from fruit and vegetable and fresh meat sales, as well as products from the bakery, deli and chilled goods sections will be donated to Rural Aid’s Buy-A-Bale Appeal.

Local organisations also rallied to the cause to help Woolworths staff – many volunteering their own time – to sell raffle tickets and man barbecues.

Store manager Andrew Finch, who relocated to Moree from the coast just before Christmas, said Ms Heffernan had done an incredible job co-ordinating the appeal. 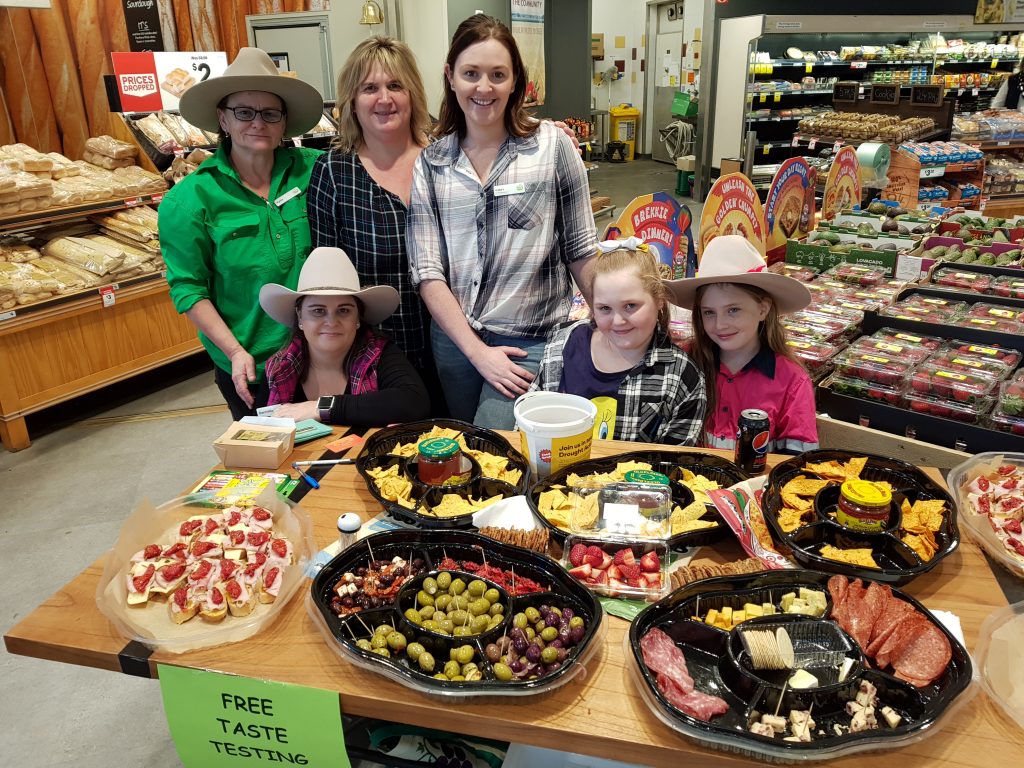 “She’s only had two days to get this organised. We were told on Wednesday night that this was happening and Kylie rallied the community together – she’s done an incredible job.

“This just wouldn’t have happened without Kylie and what she’s done through her local connections. “Kylie has a real connection with the community – everyone loves her,” he said.

Mr Finch also praised local Woolworths’ team members, many of which volunteered their own time. 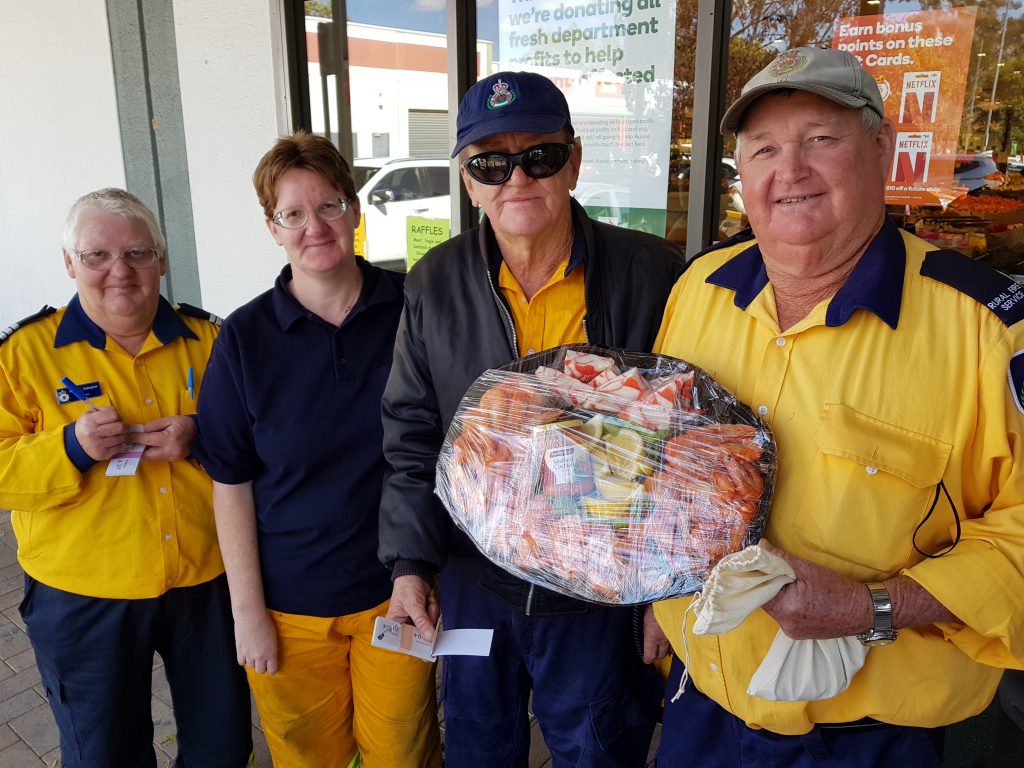 “There are plenty of staff members here to have the stock on display for the customers to buy but we’ve also had a lot of our team turn up on their day off to give a hand fundraising, donating their time,” Mr Finch said.

Mr Finch said shoppers arrived en masse to support farmers stricken by what is now being recognised as one of the worst droughts in Australia’s history. 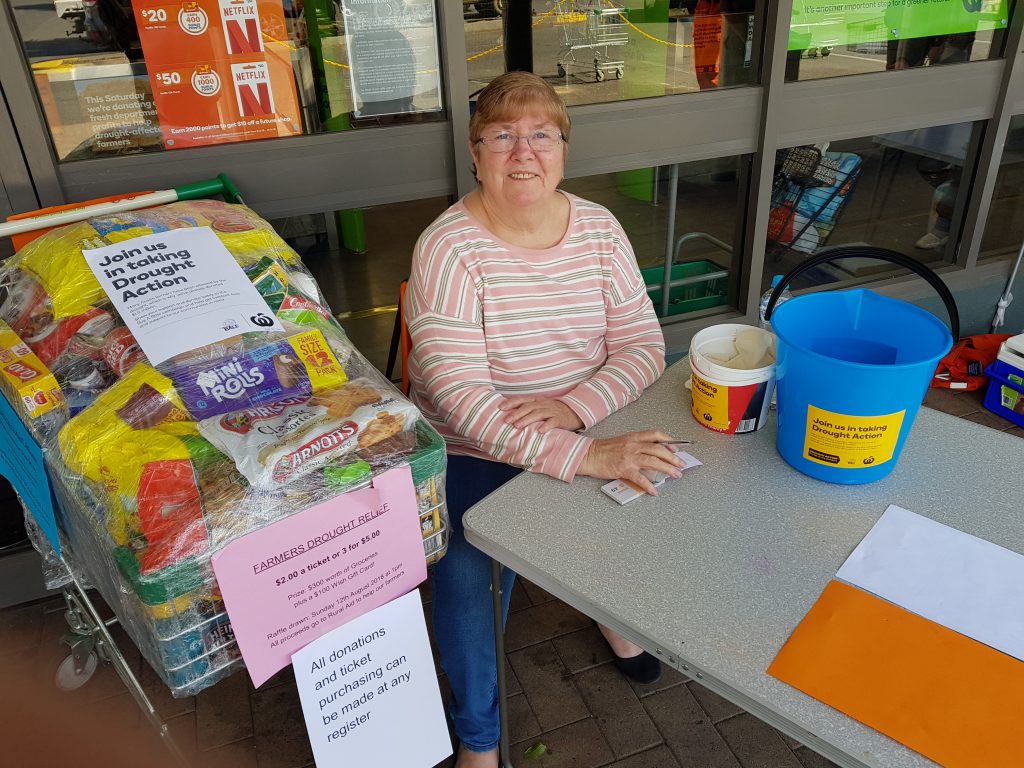 “It’s been massive. We’ve had a lot of customer support, and the fund-raising has been huge,” Mr Finch said.

“We’ve raised at least a couple of thousand dollars so far (at 1pm) just from raffles and donations, and lucky dips and barbeques.

“And the sales have been good so far. We’re definitely busier than a normal Saturday – people are coming on board and doing their weekly shop today so we can donate as much as we can (profit-wise) to the farmers.

“We also have the SES, PCYC, Scouts and Rural Fire Brigade helping out and we had Hike for Homeless here earlier in the morning. 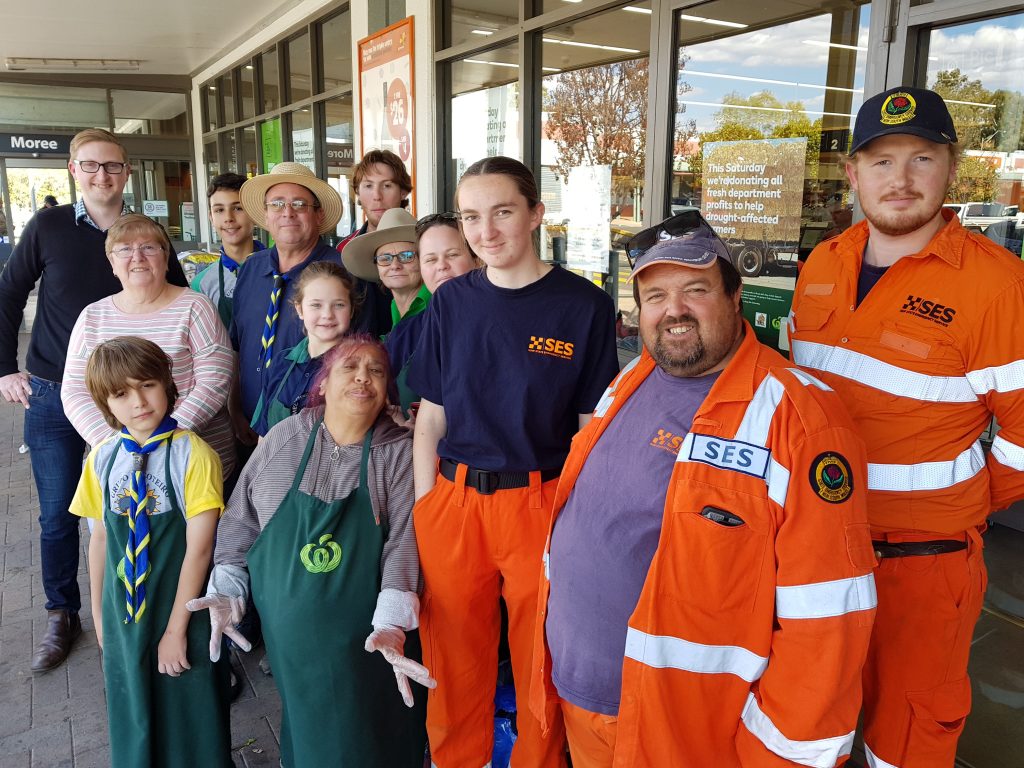 “These are all organisations that we donate to pretty much on a weekly basis all year round so we put the call out to man some barbecues and do some raffles to help fundraise for such a great cause,” he said.

Mr Finch escaped the hustle and bustle of coastal life late last year to relocate to Moree – his first taste of rural life.

“Moree is a great little community. I came from the coast which is very quick-paced and busy but here everyone knows everyone and there’s that real community spirit,” Mr Finch said.

“For me, it’s a really ‘cool’ difference – a really different experience – and I’m really, really enjoying it,” he smiled.

MOREE and district businesses, residents and community organisations are rallying to help drought-stricken farmers across the region, with donations and support pouring in to the McGregor Gourlay Drought Muster appeal.

Thousands of dollars’ worth of fuel and shopping vouchers have been donated as well as household staples, toiletries, bulk fresh-water supplies and dry and canned dog food.

There is also a huge event planned at Woolworths Moree today where all profits from fruit and vegetable sales, fresh meat from the butchery section, as well as bakery, deli and chilled goods will be donated to help Australian farmers get through a drought that is quickly becoming the worst in history.

And out at Pallamallawa in two weeks’ time a Poker Run and Auction night at the Pally Pub are being organised.