IN arguably a first for Moree, a live show’s prequel will play before the floodlights splash over the premiere and sequel – such is the demand for tickets to Serendipity’s opening nights at Moree Town and Country Club on June 1 and 2.

Serendipity, a 10-strong all-female cast ranging in ages from 12 to ‘60ish’, had tentatively offered limited tickets for their opening Serendipity Sings performances on June 1 and 2, but when the ‘sold-out’ sign starting swinging above the doorway to Sylvia’s Fabrics – Moree’s answer to Ticketek – it was decided to add another night.

But unlike other live shows’ extended seasons, the extra performance was added before the premiere date, giving Serendipity a prequel before they even perform their premiere or sequel.

“We are gobsmacked by the response for ticket sales to our opening nights,” said Serendipity’s founder Michele Maurer.

The additional performance will take place on Thursday evening, May 31 with tickets going on sale this Thursday, May 10 at Sylvia’s Fabrics. 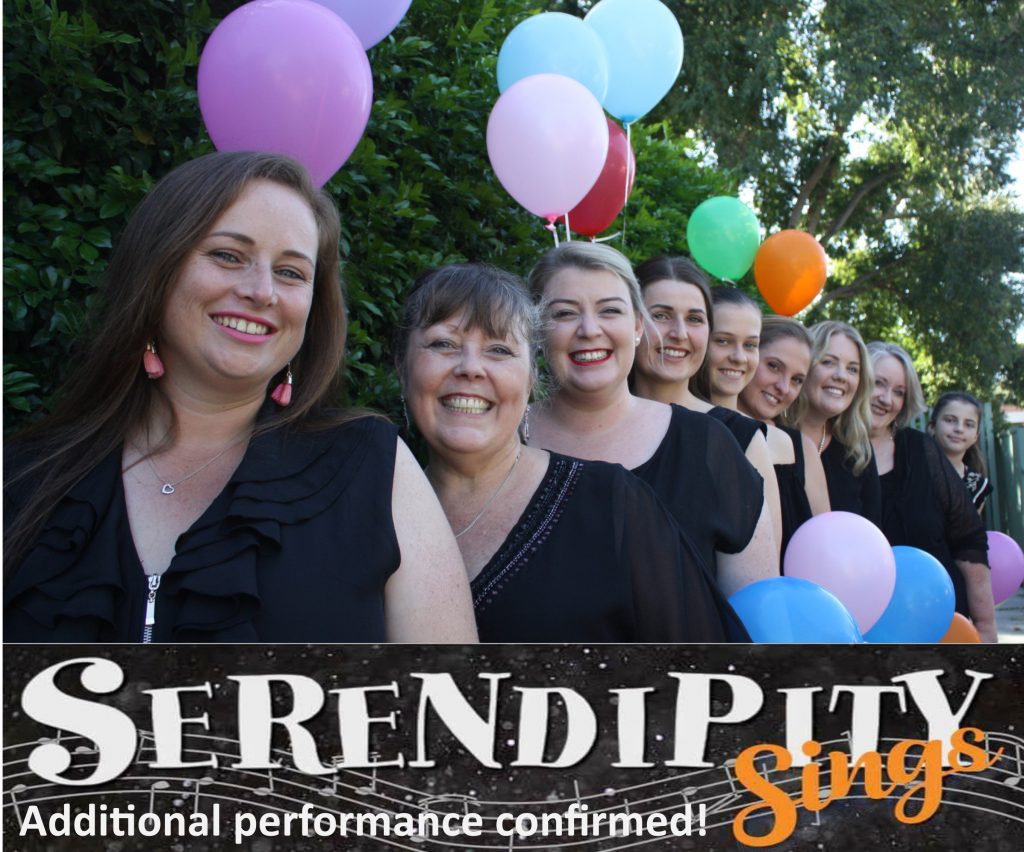 “We decided to add the extra night before the opening show because we would be running into the long weekend the following week,” Ms Maurer said.

“Seating is strictly limited and with Friday night and Saturday night already sold out, this will be the final opportunity for people to join us for an evening of fabulous music,” she said.

Serendipity’s 10 members come from varying musical backgrounds but they all have one thing in common – they love to sing.

Ms Maurer explained that at a chance meeting of strangers 12 months ago, the conversation turned to music – in particular vocal music – and from that serendipitous meeting, Serendipity was born.

Now, nearly 12 months later to the day, the group’s opening shows have been sold out in a matter of days, with a third performance added.

“It has been an incredible response,” Ms Maurer said.

A segue from All About That Bass to Psalm 23 (The Vicar of Dibley theme) and  Torah Orah, sung in Yiddish, is all part of a normal rehearsal night for the group.

“Serendipity sings because they love it, and they hope you’ll love listening,” Ms Maurer smiled.

Serendipity will also give a sneak preview at Moree on a Plate on Saturday – the perfect entree to a feast of entertainment on May 31 and June 1 and 2.

Tickets to Serendipity’s new opening night – the prequel – on Thursday, May 31 go on sale at Sylvia’s Fabrics tomorrow, Thursday, May 10.

Be quick. Seating is limited. 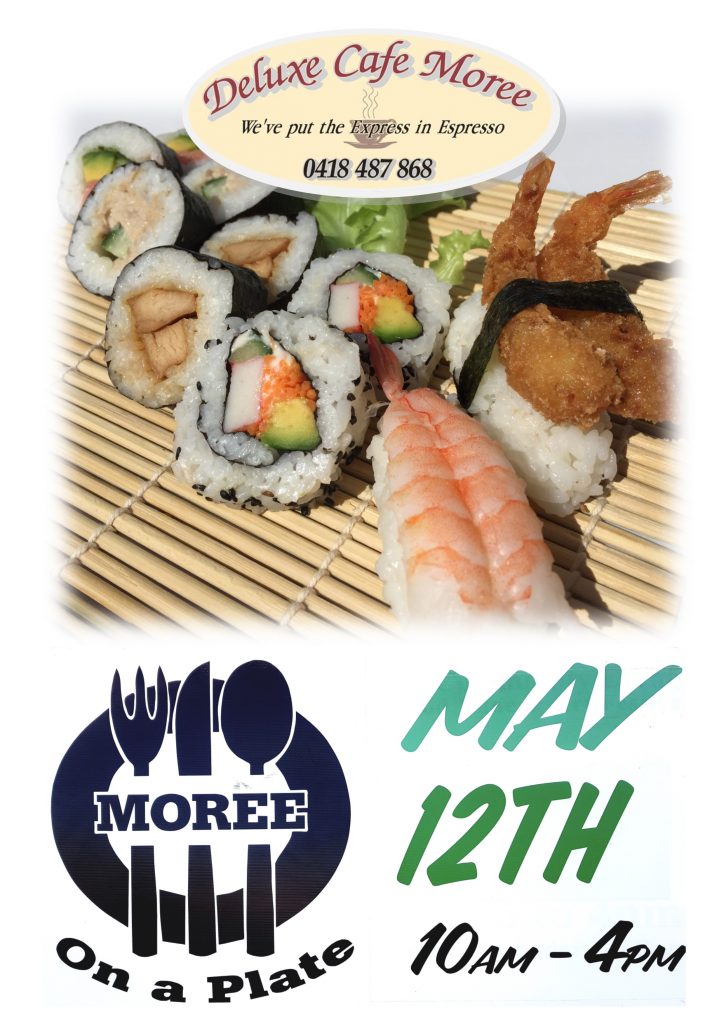 Sushi lovers are in for a special treat at Moree on a Plate on Saturday! Deluxe Café Moree will offer specially-prepared mixed sushi trays with a little bit of all the old favourites including California roll, teriyaki chicken, tuna and salmon pieces as well as prawn nigiri and tempura prawn nigiri (see image). The mixed trays will be available as soon as the gates for Moree on a Plate swing back at 10am on Saturday. Serves are limited however, so be quick!

Next post
Economy back on track, says Mark Coulton