Police are appealing for assistance from the community to locate a man reported missing from Queensland.

Terence Lloyd, 51, was reported missing from Goondiwindi, Queensland, and was last seen on Wednesday 25 November 2015, in the Pilliga area, however he has not been seen or heard from since.

On Wednesday 2 December 2015, officers from Barwon Local Area Command responded to reports of a car into a tree in the Pilliga Forest, west of Gwabegar, approximately 85km north of Coonabarabran.

Police arrived at the location and found a black Toyota RAV4, owned by Mr Lloyd that had crashed into a tree. 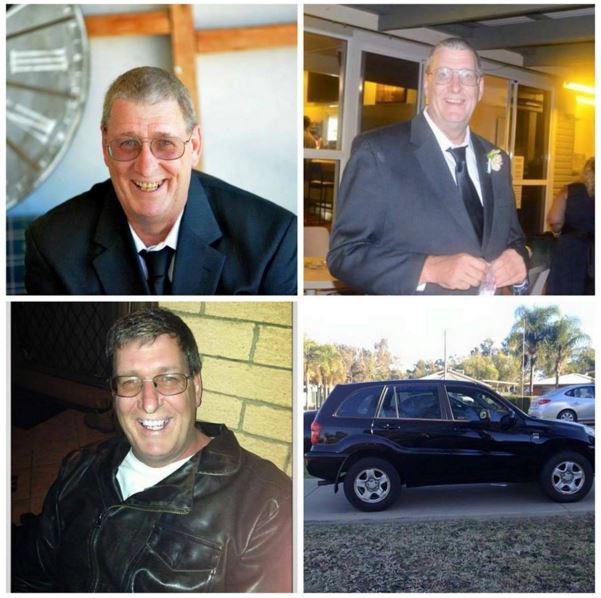 Terence Lloyd, 51, was reported missing from Goondiwindi, Queensland, and was last seen on Wednesday 25 November 2015, in the Pilliga area, however he has not been seen or heard from since.

The Toyota was unoccupied, a search was commenced in the vicinity of the RAV4, however no one was located.

Land and air searching resumed on Thursday and Friday (3 and 4 December 2015), in the area with the assistance of local police, trail bike officers, PolAir, State Emergency Service (SES), and the National Parks and Wildlife Service.

No one has been located.

This morning (Saturday 5 December 2015), searching will resume in the Pilliga Forest with the assistance from local police, Police Rescue, NSW Rural Fire Service and SES.

Investigators and family have concerns for Terence’s welfare and are appealing for anyone that may have seen him in the area or have information that may assist with locating him are urged to contact Crime Stoppers.