EIGHT public schools across the Northern Tablelands have been given a million dollar makeover during the Christmas holidays, local MP Adam Marshall announced today.

The eight shared in a total $1.08 million works program to get them ready for the 2017 school year.

Mr Marshall said the biggest project was at Uralla Central School where the State Government funded some $318,000 for works including upgrades to the toilet and shower block, bathroom, ramps and the construction of a drop off zone, to cater for students with disabilities. 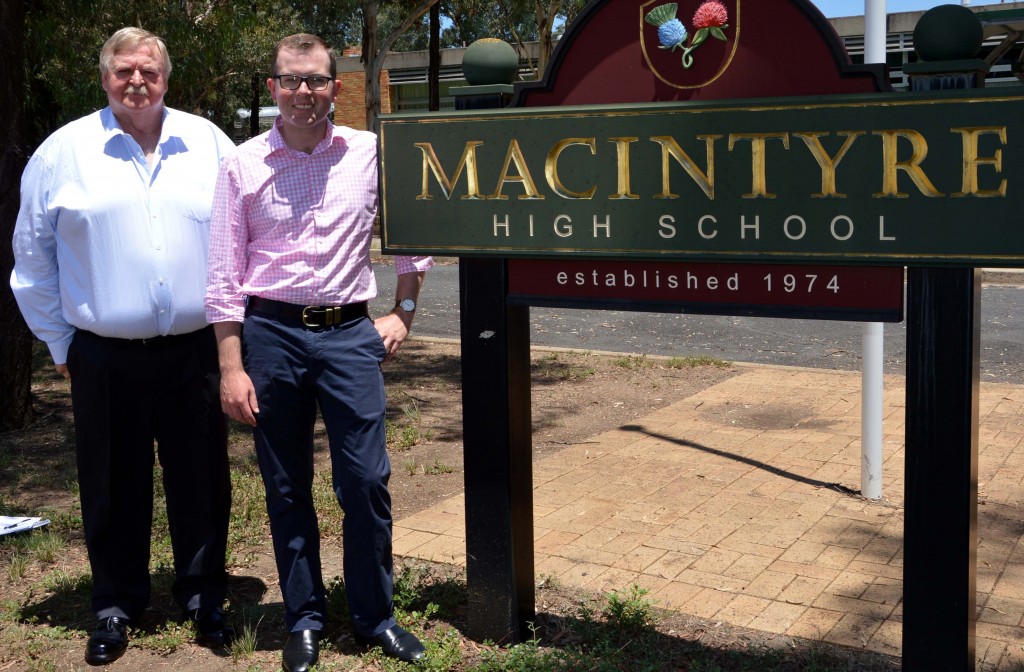 “The Northern Tablelands program ranged from the major works at Uralla Central to the painting of external walls at the Thalgarrah Environmental Education Centre, just east of Armidale, where $4,000 was spent,” Mr Marshall said.

“This investment over the holidays is very welcome and will make those schools even more inviting and comfortable for students and staff.

“I’m delighted these schools have had improvements works completed and will continue to work with all school principals and the Department of Education to ensure other schools can also benefit.”

At Yetman Public School, $248,000 was spent on constructing a drop-off zone outside the school and new accessible toilets.

Mr Marshall said Inverell High School had seen the installation of air conditioning and new furniture at a cost of $189,000 while $153,000 was used at Macintyre High School to construct a new accessible toilet and storage facilities between two multi-categorical classrooms.

Mr Marshall said the Christmas holidays were timed for capital works and maintenance projects so tradies had uninterrupted access to areas without safety concerns caused by school students and staff.

The works have all been completed ahead of the return to work of students from next Monday, 30 January, although staff return to school from Friday this week.

Mr Marshall said that since 2011, the NSW Government had committed more than $4.9 billion to school infrastructure and maintenance.

In the 2016/17 State Budget, $330 million was allocated over two years to planned and priority maintenance works in NSW schools.