The Moree district has in the past four weeks copped more than five inches of rain – more in some places if you were under the right cloud – and smack-bang in the middle of it all was Muz’s three-day music and poetry festival, Magic on the Mehi.

It absolutely bucketed down – the rain has only now just started to ease – but magically enough, the rain fell either side of Muz’s three days of magic.

Sure, there was a decent downpour on opening night that deterred a few, but the following couple of days of good old-fashioned bush entertainment were treated to typical Moree spring weather. 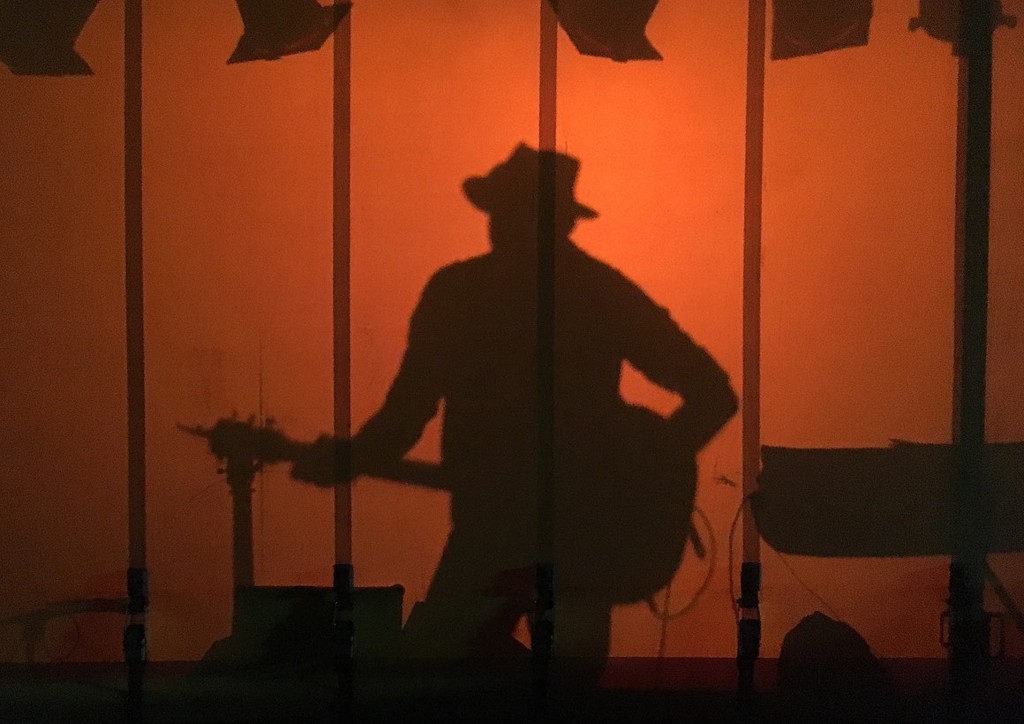 Luke O’Shea entertains at the inaugural Magic on the Mehi. (Image supplied)

Talk about rain from nowhere, to borrow the title of one of Murray’s best-known poems.

“We originally planned to stage Magic on the Mehi on the Father’s Day weekend,” Muz said.

“The Friday night leading into that weekend was cyclonic so that would’ve been impossible. And it was so wet the week after we did hold it we probably would not have been able to even set up.

“So, in that respect, we were very lucky,” he said.

“We were also incredibly lucky in that we got some huge hay bales from Gary Taunton, and they definitely saved the day on Saturday.

“We spread a few about and that solved the slippery, muddy surface issue.”

Opening night drew more than 100 people through the turnstiles, and Muz says the wet, stormy evening added a new entry to his CV – shortest gig ever.

“I got rained out about six lines in to my first poem,” he chuckled.

“But we just shifted to the bar, I told a few yarns and Luke Butler brought out the guitar and we had a great singalong.

“The Friday night roll-up wasn’t bad given the weather and before it started to rain really hard, the entertainment on stage lasted almost two hours,” he said.

Mat Teece, Andrew Simpson and Luke and Sam Butler won the crowd over, and comic-emcee Al Glover was in great form.

The curtain fell on Magic on the Mehi – held at the Johnstone family’s property Wandoona on the Gwydirfield Road, on day three with a poets’ breakfast and a bit of yarn-telling.

“The kids had a great time and while the numbers weren’t big on Sunday, it was a fun morning,” Muz said.

“Obviously the weather wasn’t ideal – very wet on the Friday night – but we survived and the support from the community and the feedback has been fantastic,” he said.

Already, the dates for next year have been set in stone – September 8-9-10.

“We really hope to bring the coach and caravan community on board, and we encourage locals to get on to family and friends and invite them home to Moree for the weekend,” Muz said.

Next post
Wilful destruction of trees at Moree’s ANZAC Park