THE Nationals Senator for New South Wales John Williams says the decision by the Australian Competition and Consumer Commission (ACCC) to not oppose the proposed acquisition of Primo by JBS is “very disappointing”.

As part of the review process, Senator Williams lodged submissions on behalf of concerned people in the livestock industry, and their common worry was that the takeover would lessen competition at the saleyards. 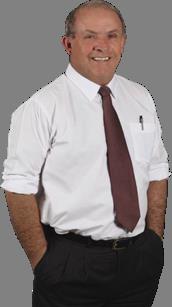 He said the ACCC claims Primo is not a strong competitive restraint on JBS and tries to justify the distance of more than 500 kilometres between Primo’s Scone abattoir and JBS’s Queensland abattoirs to support its case.

“This is out of touch with reality because cattle can and are transported many hundreds, even thousands of kilometres,” he said.

“I find it confusing that on one hand the ACCC will not oppose this acquisition, yet in the next breath says it is wary of the potential impact of the further consolidation of abattoirs. If that is true, why didn’t it act in this instance?

“From talking with farmers and those in the livestock selling industry I know this decision will be met with dismay, and only time will tell whether it is right,” he said.