THERE will be more helping hands for farmers facing hardship with the Coalition Government investing a further $3.7 million in the Rural Financial Counselling Service.

The extra funding brings the Coalition’s commitment to the service to $77 million.

Minister for Agriculture David Littleproud said the RFCS had given crucial support to farming families during recent floods and drought.

“Rural Financial Counsellors are our angels on the ground,” Mr Littleproud said.

“One of many things they do is fill out Farm Household Allowance applications for farmers – for free.

“The RFCS itself will decide how best to use the extra $3.7 million.

“This free service helps farmers cut through red tape and access all the support available to them. 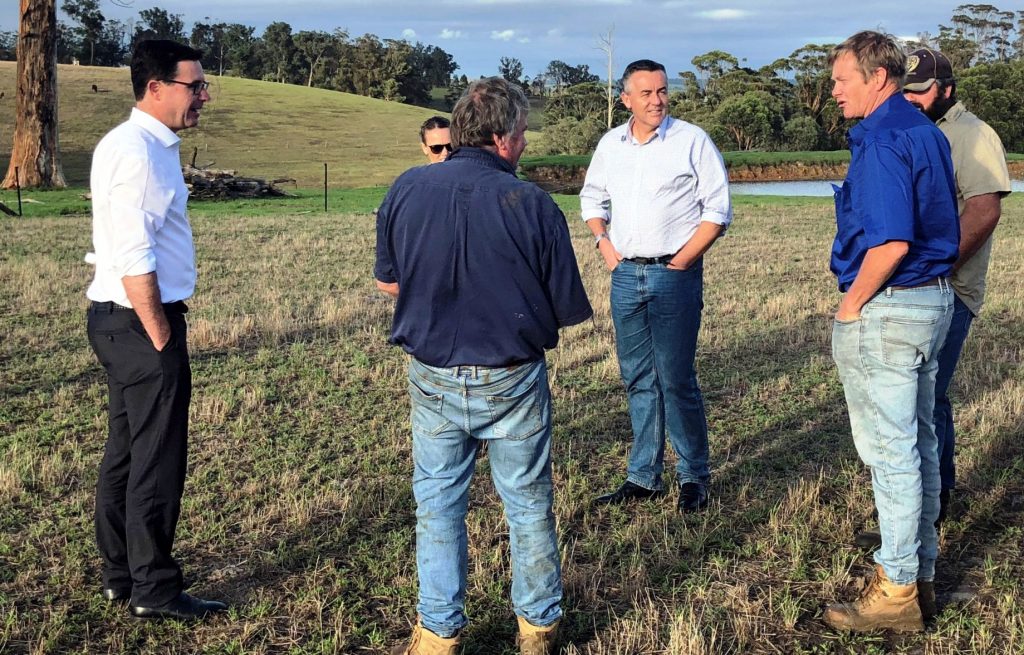 Minister for Agriculture David Littleproud has announced a further $3.7 million for the Rural Financial Counselling Service while visiting East Gippsland. The Minister is pictured with local MP Darren Chester and local farmers.

“Since August the RFCS hotline has received more than 1,300 calls for assistance.”

Member for Gippsland Darren Chester said the RFCS was vital for farmers trying to get their heads around the range of assistance programs available.

Mr Chester said he had made formal representations to the Minister seeking additional resources for the Gippsland Rural Financial Counselling Service to meet its increasing demand.

“When the priority is saving stock or water, working through assistance applications can add to the stress of local farmers,” Mr Chester said.

“The service in Gippsland will get an extra $230,000 to hire an additional counsellor and continue helping the many farmers in need of its assistance.

“Rural Financial Counsellors can provide farmers the exact information they require and also refer them other services and support programs where applicable.”