JUST getting that one good horse is the dream of every racehorse owner the world over.

And it’s a dream that is coming true in spades for Pallamallawa cattle and grain farmer Phillip “Roughie” Tonkin at his first-ever crack at the caper.

Roughie’s walk-up start to one of the toughest games in town is something many racehorse owners will never experience in a lifetime of trying.

But for Roughie and his brother-in-law, Quirindi cattle farmer Charles Hill, the game has only just begun.

And so has the fun.

She’s rattled off three on the trot and all on city tracks, the latest against Group 3 company.

And each win is bitter-sweet for the brothers-in-law – Invincible Gem was bred by Charles’s late father, Theo Hill, who also owned legendary stockhorse sire, Abdul.

“Theo was in horses all his life,” Roughie said.

“He had the stockhorse sire Abdul, and there are 40,000 descendants in the Stockhorse Society by that horse.”

Roughie has never owned a racehorse before.

In fact, his wife Julia is the expert on all things equine.

“Julie is the horsewoman in our outfit – Charles and me are just the blokes that go to the races,” Roughie smiled.

“She’s been around horses all her life and is very much involved in everything, and this little filly winning all the time is a very emotional thing to be happening for the whole family.”

Theo Hill, Julie’s father, bred Invincible Gem when he booked his mare Diamond Day to quality sire I Am Invincible.

He also sent his other mare, Keep It Cool, to Invincible Gem, a mating that produced three-year-old gelding Kool Vinnie, also owned by Roughie and Charles.

Sadly, Theo passed away just after Invincible Gem and Kool Vinnie were foaled.

“Theo and his father always bred a few thoroughbreds and he took a couple of his mares to I Am Invincible, but he sadly passed away just after the foals were born,” Roughie said.

“What’s so amazing is that there is no black type back in the dam’s side for five generations. She’s just a bush-bred horse – something that just developed out of the blue.

“We decided on New Year’s Day last year to keep the racehorses in the family – Charles said at the time that he thought they’d be all right – and we’ve been halves ever since.

“That’s how it all came about – this is the first time in my life I’ve ever been involved in racehorses, or racing,” he said.

Invincible Gem, trained at Newcastle by Kris Lees, has won four times from just eight starts including her last three in succession, all on city tracks.

Her worth as a broodmare escalated last start when she made a cakewalk of the 1600m Group 3 Spring Stakes at Royal Randwick, beating the boys by nearly four lengths.

She had previously won at Canterbury, Warwick Farm and Rosehill.

Her prize money tally currently hovers around the $200,000 mark and is set to rise even further in the coming weeks. 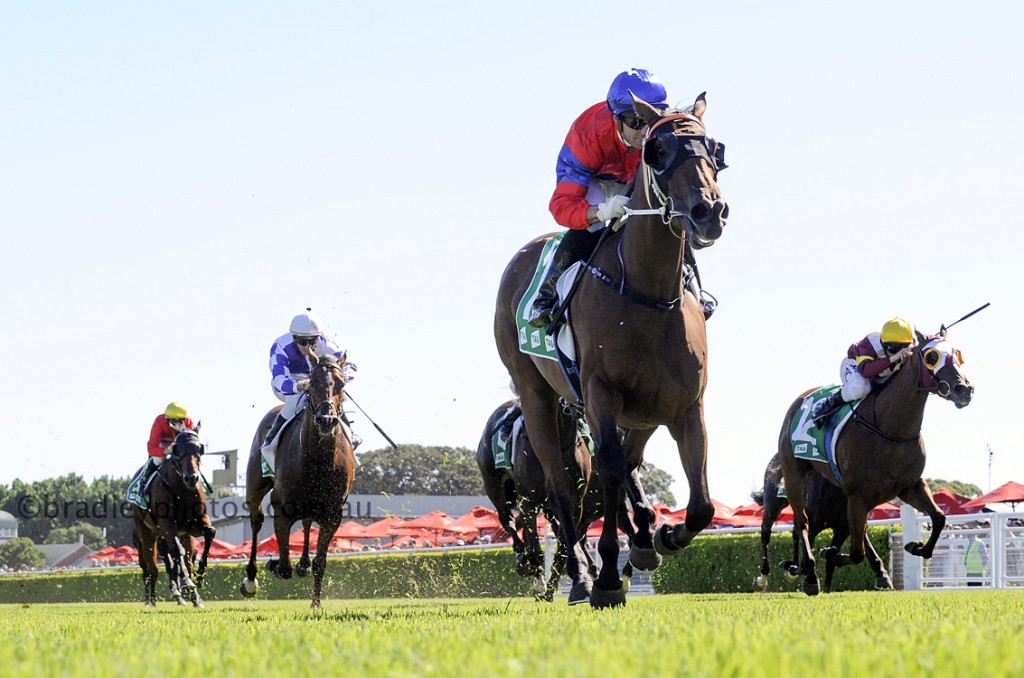 Invincible Gem, with Brenton Avdulla in the saddle, races clear to win the Group 3 Spring Stakes at Randwick on Monday, February 13 (Image courtesy of Bradley Photos).

“When this little journey began we were just hoping that we might have a horse that could win at Newcastle, some day. The Provincial Championships was the original plan, but winning that black type race at Randwick buggered that,” Roughie smiled.

“Winning that race at Randwick was a bit emotional, too. Theo bred her and he’s bred horses for generations and now having a horse that has won four races in Sydney is something that we never thought would happen.

“I wasn’t there the night she won at Canterbury Park but I’ve seen the other three wins in Sydney. The win at Warwick Farm on a Wednesday was exciting enough, and then she won at Rosehill,” he said.

Lees, who again will play a big part in The Championships after winning last year’s feature, the Group 1 $4 million Queen Elizabeth Stakes with Lucia Valentina, says he is forever amazed at how Invincible Gem has improved in recent weeks.

“It’s amazing. She’s certainly surprised me in the way she’s winning and where she’s come from,” Lees said.

“She won well first-up in a maiden at Canterbury, then she finished down the track at Warwick Farm but we’ve changed a few things around with her and she’s certainly jumped out of the ground at her last few starts.”

Invincible Gem bloused her rivals at Group 3 level last start and will now step up to Group 1 company in the coming weeks.

“She beat a pretty handy field (last start) and she treated them with contempt,” Lees said.

The trainer said Invincible Gem will more than likely take her place in the 1600m Girvan Waugh Randwick Guineas at headquarters on Saturday, March 4.

It’s a million-dollar race that will draw the best three-year-olds in the land – as well as a couple of country boys from Pallamallawa and Quirindi.

“It’s another step up for her and it will be strong enough, but when you have a filly like her in form, a race like that is certainly a temptation that we’ll probably give her a try at,” Lees said.

“It’s another level, but a filly in form is pretty hard to stop, sometimes.” 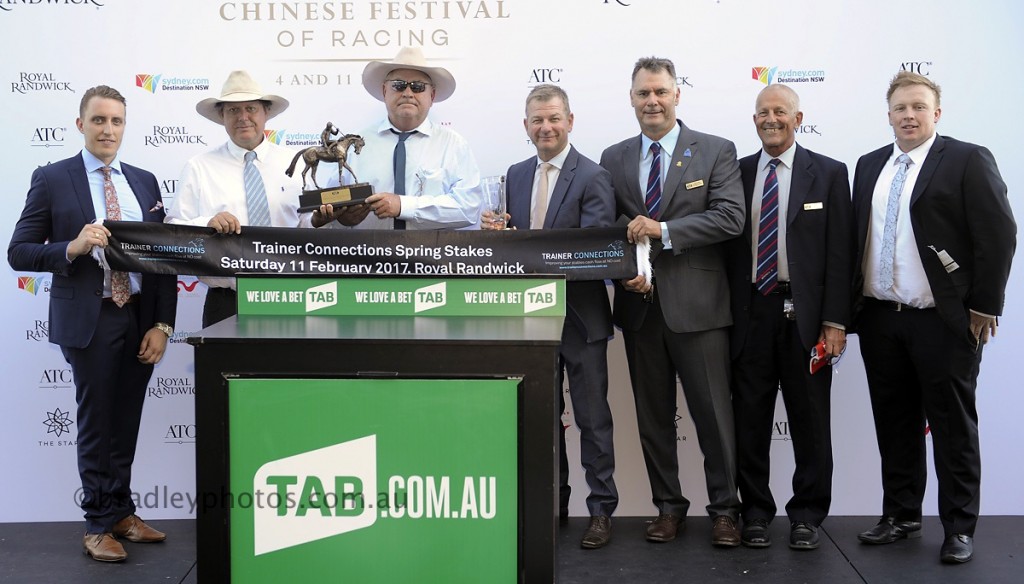 Roughie and Charles, a couple of self-confessed bushies humbled by such an extraordinary run of racetrack success, have quickly become well-known faces on city tracks.

After all, their huge Akubras are hard to miss in a crowd.

“That’s our dress code – everyone knows us a bit now,” Roughie laughed.

“They were certainly the biggest hats that have been seen at Randwick for a while,” he laughed.

Now it seems that the sky is the limit for Invincible Gem, with racing at the top level on the cards.

Already there have been approaches from a major stud with a breeding rights’ deal put on the table, but Roughie and Charles are taking it all in just one day a time.

“We’ve already had a stud approach us with an offer to buy half the breeding rights but we’re not getting too excited. Sometimes we don’t even know what day it is when we head down to Sydney, but we’re having a bit of fun,” Roughie said.

“If she keeps going the way she is, it will be a big spring campaign for her later in the year.

“She’s been in work since the end of September, but in saying that, the other day after she won at Randwick she licked her feed bin empty and galloped around like she’d never been to the races.

“It will be at least group racing for her from here on in – we can’t go back to Moree for a maiden, I know that,” he laughed.