MOREE turf legend and former champion bush jockey Noel Colvin – the cheeky little bloke who was just as well-known away from the racetrack as he was on it – has passed away after battling a short illness.

Noel, who moved to Moree 57 years ago at the behest of racehorse trainer Bill McKechnie, retired from the saddle at the end of the 1979-80 racing season. Shortly afterwards he became official race-starter on the north and north-west circuit after Frank Jurd’s retirement.

Noel also worked for more than four decades on the Moree council, firstly as saleyards manager before “moving” to town and joining road maintenance crews.

“Back then Noel rode horses for Eddie Cory and myself, and in the first or second year of his arrival he won a NSW country jockeys’ award. He was a top rider – one of the best around,” Schmidt said.

“He worked at the saleyards for many years and the favours he did for the agents in those days were incredible – he was in your corner all the time.

“And he was respected by all the cattle buyers, too. If they wanted something done, they knew Noel would get it done for them,” he said.

Noel began riding 1951 when apprenticed to Walter Goodman at Raymond Terrace. He was just 15 years of age and out-rode his claim within six months of signing up.

He relocated to Moree six years later to link up with McKechnie, who at the time was also the biggest shearing contractor in the region.

Noel once said that there were three things McKechnie did well: train racehorses, shear sheep – and fleece bookmakers.

Noel also forged a successful jockey-trainer partnership with Eric Jurd, one of the smartest operators to ever throw a saddle across a horse.

“I was in third class at school with Bobby McKechnie (Bill’s son) and Arnold Smith (later a gun apprentice and top trainer) when Noel came to Moree,” Price said.

“The most remarkable thing that I remember as a kid is that when I’d go to the races with Noel, I’d look after his gear and undo his saddles when he’d finished riding for the day.

“I can never, ever recall Noel being suspended for careless riding or causing any endangerment to his fellow riders.

“And he was loyal. You only have to look at how long he was with Eric Jurd – Noel must’ve been able to ride or Eric would not have employed him.”

The Jurd-Colvin partnership made an impact for years. They won consecutive Armidale Cups in 1961 and 1962 with Belyando as well as the 1960 Glen Innes, Walcha and Narrabri Cups with the same horse.

He also rode five winners and a second on the six-race card at Bingara in 1967 – a feat documented in the racing game’s official bible, the Miller’s Guide.

Noel retired from the starter’s rostrum in 2007. His no-nonsense approach at the barriers was well-known – if not legendary – and his innate ability to send a field away on level terms has been well-documented.

One story has it that after several delays at the barriers, a young apprentice yelled out: “I’m not ready yet, sir!” 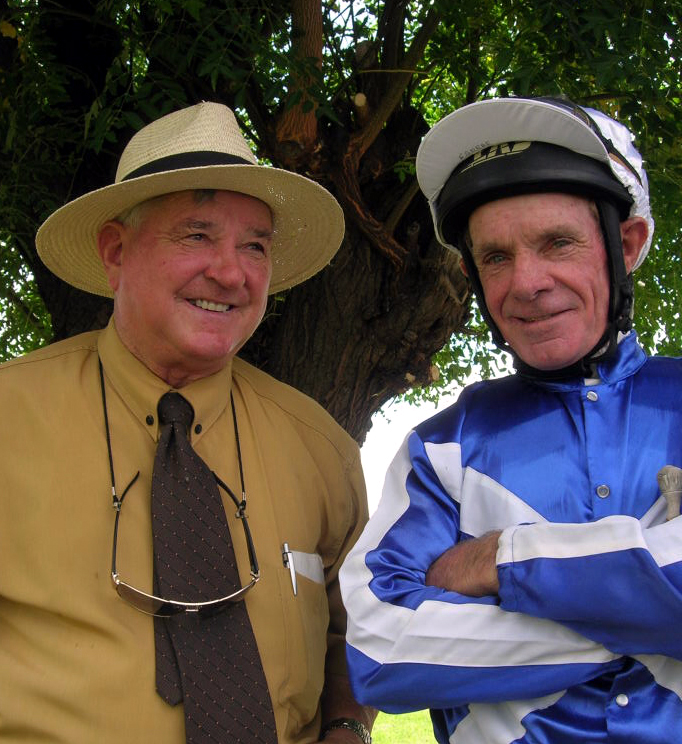 “Well, you will be next time,” roared Noel as he let the gates swing back.

Champion jockey Danny Frahm, who retired from riding four years ago, said Noel was on top of his game at all levels of racing.

“He was a tough jockey to beat and as a starter you wouldn’t find any better,” Frahm said.

“There was none better when he was riding, especially around this area.”

“Noel was a great jockey, a great bloke and a funny man,” Troy said.

“I rode against him in the 1970s and he was as good a jockey as you’d ever see anywhere, and years later he was one of the best starters a jockey could wish to ride under.”

Noel Colvin will be greatly missed. He was an important cog in the evolvement of thoroughbred racing in the north and north-west and his input and insight over more than half a century has been invaluable.

Noel’s funeral will be held at St Francis Xavier’s Catholic Church in Moree at 11.30am on Monday, May 12.