A JUVENILE not yet in his teens may be questioned about a suspected arson attack in Moree on Sunday afternoon.

The vacant dwelling, on the corner of Wattle Crescent and Boronia Avenue, was allegedly set on fire at about 4pm.

A young boy, believed to be no older than 12 years of age, was seen leaving the building just minutes before the fire took hold.

The home had been fully renovated inside, with costs estimated to be nearly $60,000, and was due to have new carpets laid the next day.

Fire-fighters estimate that at least half the home’s interior has been totally destroyed by the blaze.

Witnesses have come forward, saying the juvenile was seen holding a cigarette lighter as he vacated the dwelling.

Moree fire-fighters were quick to contain the blaze, with Barwon Local Area Command police officers cordoning off the residence and establishing a crime scene. 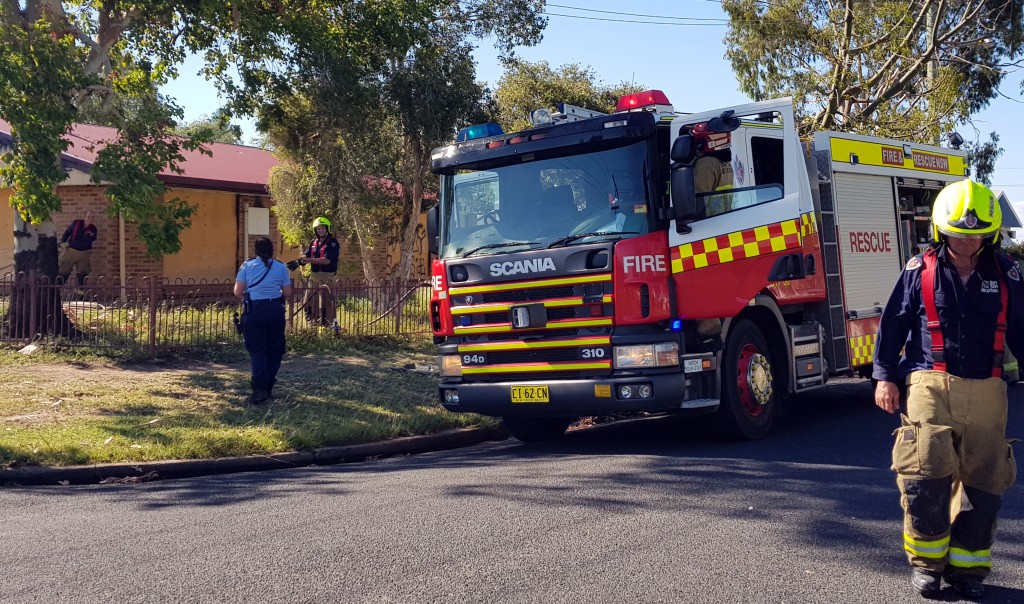 One resident, who wished to remain anonymous, said Moree fire-fighters and police were quick to act.

“They did a great job getting it under control,” the resident said.

“The sad news is that the owners have spent thousands of dollars renovating the home and were getting it ready to have new carpets put down.

“There has simply been far too much of this sort of thing happening in Moree and while these arsonists seem to be targeting empty homes, sooner or later someone is going to get seriously hurt.

“There seems to be a far greater presence of police in Moree at the moment and I just hope that they continue catching these criminals.”

Another neighbour said the residence had been a target of vandalism in the past.

“It’s been smashed up three or four times. There has been kids constantly playing on the roof and smashing bottles and whatever they could find to break – it’s disgusting,” the neighbour said.

Police urge residents to continue to work with Police and report any suspicious behaviour immediately.