MEMBERS of the New England Sporting Car Club were delighted to receive the news from the Northern Tablelands MP Adam Marshall this week that they’d secured a $2,000 grant from the NSW Government to help stage the inaugural Rally New England at Glen Innes on Saturday, 28 March this year.

Mr Marshall said the club had received support through the NSW Sport & Recreation Events Program and he was pleased they could now go ahead and hire a radio system that would allow competitors to remain in touch with course supervisors throughout the rally.

“Rally New England will be a huge boost for Glen Innes as it will attract hundreds of visitors to town along with competitors, their friends and family so I’m really pleased they’ve received this support from the State Government,” Mr Marshall said.

“Organisers expect to have about 50 cars nominate for the event which will take them on a 120-kilometre event circuit through Glen Legh, Mt Slow, Yahna and Glen Elgin.

“The Glen Innes Showground is the rallying headquarters and service area for the vehicles and with competitors returning to their base at least three times during the event, it will be a day filled with action and activity.”

Mr Marshall said the vehicles would begin the first stage of the competition at 9.30am in Bourke Street on Saturday, 28 March.

“Glen Innes Severn Council has provided Rally organisers with a great deal of assistance and I’m pleased to see Mayor Col Price has been given the job of waving off the first lot of competitors,” he said.

Clerk of the Course Richard Opie said Glen Innes Severn Council had approached the club and asked if they would be interested in holding a rally in the district.

“We’ve had a lot of support from the council and to receive this grant from the NSW Government is a great boost for the club,” Mr Opie said. 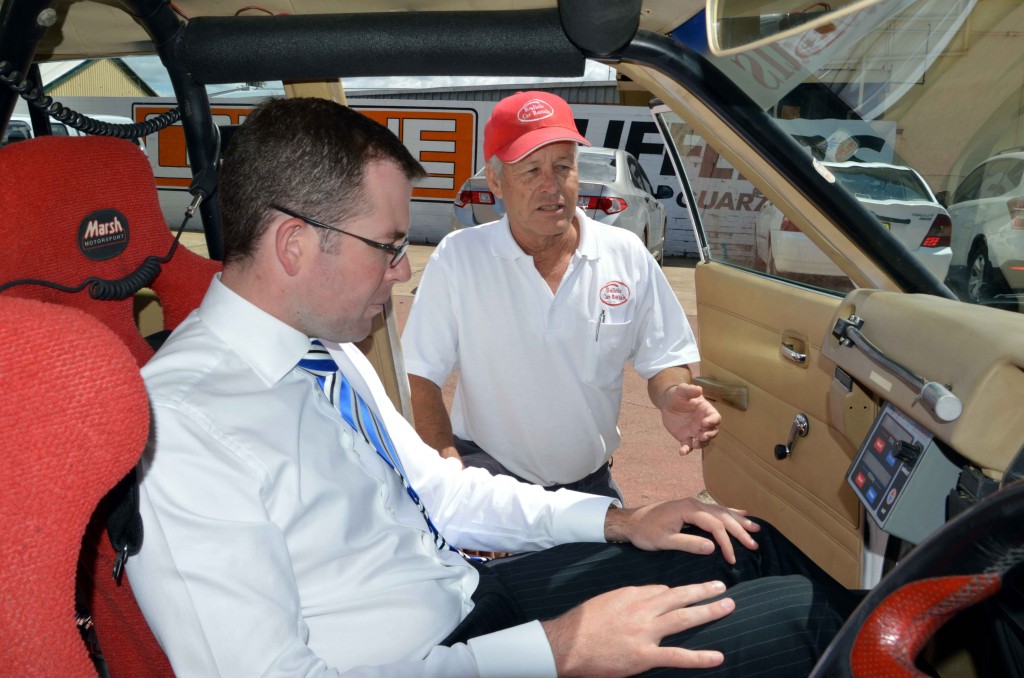 “We can now hire a radio system which will cover the entire course, it’s a big help and we really appreciate the assistance.

“We believe the rally will attract about 700 people to Glen Innes which will be a boost to their economy and provide locals and competitors with a great deal of entertainment.

“The cars will leave through an inflatable archway which will be erected in Bourke Street, between Grey Street and East Avenue and leave at two minute intervals so it will be a busy morning in Glen Innes.

“There will be a lot of action at the showgrounds throughout the day; drivers need to come back there to service and repair their vehicles.

“And the average fuel consumption for top line cars would be about 40 litres for every 60 km of driving so they need a lot of fuel.”