A QUAD bike was stolen from a Moree residence during the early hours of Saturday morning – while hundreds of friends and family members attended the wake of the vehicle’s deceased owner.

Linda Maidens buried her husband Billy on Friday and was that night celebrating his life with close friends and family when thieves broke into a shed on the family property on Chinaman’s Lane in north Moree at around 1am. 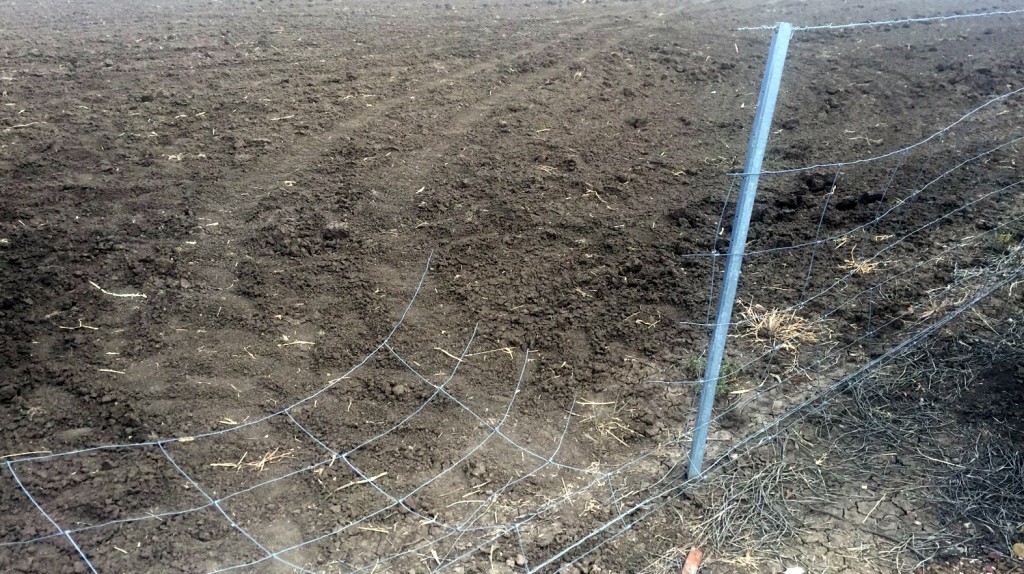 The cut fence and the quad bike tracks discovered after the vehicle was stolen from the property of Billy Maidens, who was buried yesterday (Image supplied).

But a smart-thinking neighbour, who went to investigate, scared off the intruders and the quad bike was found abandoned not far from the Maidens’ property.

A close friend of the family said that the quick-thinking neighbour averted what could have been a major theft.

“Linda is distraught enough now after losing Billy, without something like this happening,” the friend said.

“Someone must have known that Billy had valuable assets in the shed, and they’ve tried to lift the tin from the side.

“We think the quad bike was pushed out through the paddock and once they’ve got it to the road, they tried starting it.

“Thankfully, the neighbours heard the noise and investigated.

“The neighbour spotted people trying to load the quad bike onto the back of a utility so he turned on a spotlight and disturbed them, and then chased them.

“They went through the common and ran out of fuel, so they ditched the quad bike and jumped in the utility and took off.”

A utility was also seen in Chinaman’s Lane at around 12.50am, by a designated driver dropping off friends who had attended the wake.

Police investigations are underway, and an arrest looks promising.

The robbery comes on the back of a spate of break-and-enters in Moree during the Christmas-New Year period, including the brazen theft of practically the entire contents of a home on Frome Street in north Moree.

Moree mum Liz Hann was away during the Christmas break, celebrating the season with family, only to return to Moree and find her home virtually empty. 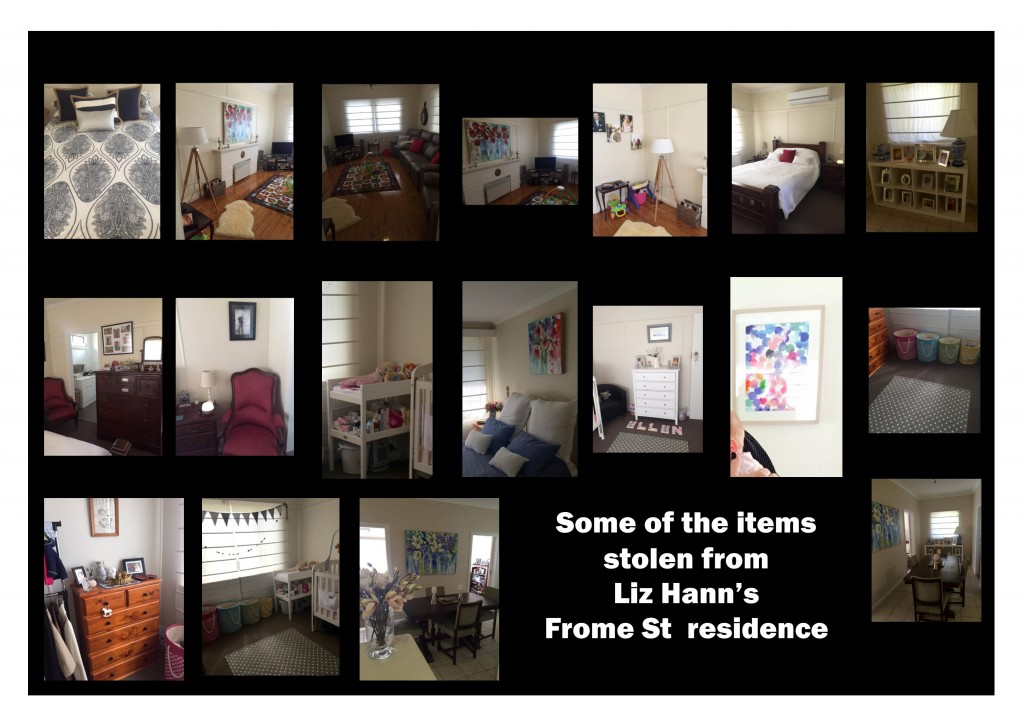 Just some of the property stolen from Liz Hann’s Frome Street residence during the Christmas break. People are urged to contact Moree Police on 6757 0799 if any items are seen or offered for sale.

“I think about 80 percent of everything we own was stolen,” Ms Hann said.

But while she attempts to put her life back together, Ms Hann was shocked and saddened to hear of Linda Maidens’ ordeal.

“I am saddened to hear such awful news, particularly as this poor woman is grieving the loss of her husband,” Ms Hann said.

“My heart goes out to her and I want her to know I’m thinking of her and her family and praying the people who have committed this crime are captured.

“If only they knew the pain and heartache caused. I can live with the loss of my possessions but to steal from a grieving woman is just pure evil,” she said.

Ms Hann is gutted after losing everything.

“It’s the sentimental items and heirlooms that upset me most, and the baby keepsakes that have been stolen from the privacy of our own home,” she said.

But while both mothers attempt to overcome such devestation, the close-knit town of Moree has come together to help.

“The outpouring of kindness and generosity from the community is completely overwhelming and very much appreciated,” Ms Hann said.

A GoFundMe page has been set up to help Liz and her daughter Ellie, and those wishing to help can do so by going to https://www.gofundme.com/help-Liz-Ellie

Friends and family have also rallied behind Mrs Maidens.

“The support of friends has been incredible,” the family friend said.

“Everyone is helping Linda as much as they can and the Girard family of Moree has been fantastic.

“They brought some security cameras for Linda and we’ve hooked them up around the property just in case these people try coming back again.”