Qantas will focus on “providing reliable services to Moree”

AIRCRAFT type, Sydney Airport slots, Moree Plains’ agricultural significance in the overall scheme of things and connectivity with other flights – these are just some of the factors Moree residents need to be concerned about says a group of locals fighting a proposed deregulation of the Moree-Sydney air service.

Agribusiness across the fertile black-soil plains is big business, and companies – whether they are local, national or global – need a reliable air service, says Moree businessman Josh McGregor.

“Moree and district can lay claim to a pretty significant chunk of the NSW Gross Domestic Product on the back of major agricultural enterprises, and these businesses are saying that the current arrangements work well,” Mr McGregor said.

In 2014 Qantas was granted the Sydney-Moree licence for a four-year period, which expires on March 22 next year.

QantasLink services have been timed in consultation with the local communities, to ensure that flights are best-suited to their needs.

A spokesperson said on Tuesday that “deregulation is a matter for the Government”. 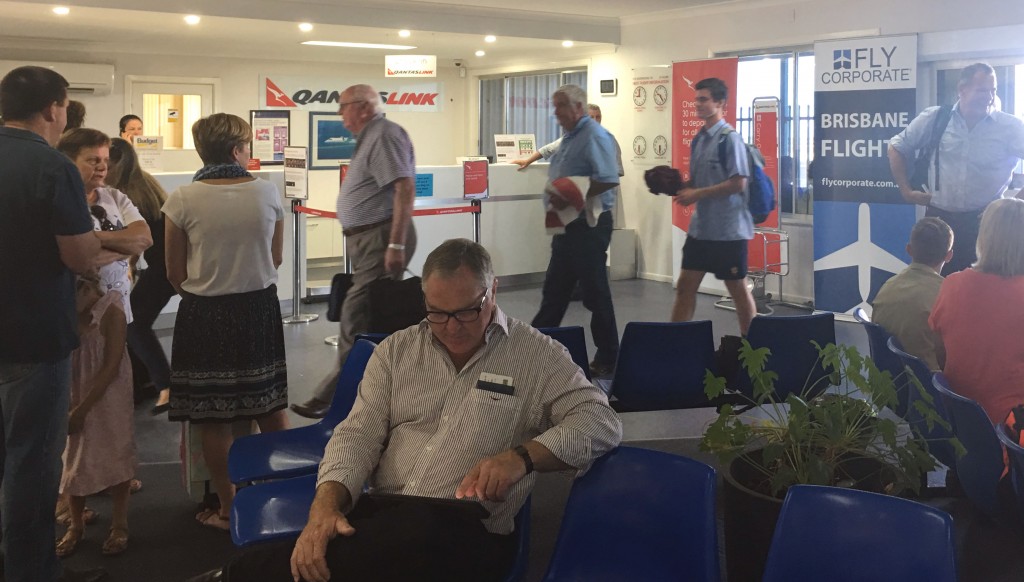 “Our focus continues to be on providing reliable services to Moree,” the spokesperson said.

Mr McGregor says that Moree does not need another debacle that saw the town without an air service for months on end when Brindabella Airlines collapsed.

Brindabella Airlines went into receivership in late 2013 after winning the tender the previous year to service the Moree-Sydney air route.

It was not until early 2014 that QantasLink regained the contract and regular passenger flights resumed across the Moree skies.

Mr McGregor says aircraft that can carry weight and are constructed to handle harsh weather conditions are needed for the Sydney-Moree route.

“These factors cannot be adequately serviced by smaller carriers,” he said.

“Lighter aircraft struggle with weight and they struggle with flying in hot weather – if Brindabella was still going they would’ve had to cancel most afternoon flights in the January we’ve just had. “Smaller organisations have less resources and a maintenance problem can see a plane down for days, with no replacement aircraft available.

“Qantas uses the tough and heavy-lifting Dash series aircraft which have an outstanding record of reliability and are highly suited to the conditions.

“They get good utilisation out of these aircraft on other routes in conjunction with Moree – we need these aircraft,” Mr McGregor argues.

“Connectivity is critical. Qantas allows us to immediately connect to the rest of Australia and the world.

“For incoming passengers, many of whom are people investing in the region, it means far simpler connection to Moree,” he said.

The story so far:

Josh McGregor: “Regulation gives a single, quality carrier the confidence to maintain and invest in the route – it’s madness to endanger that”

Adam Marshall: “I stand with the community and MPSC to maintain the regulated route and will make every effort to ensure this occurs”