POLICE from Oxley Local Area Command have released images and are appealing for information about two men wanted by virtue of outstanding warrants for an armed robbery in Tamworth this week. 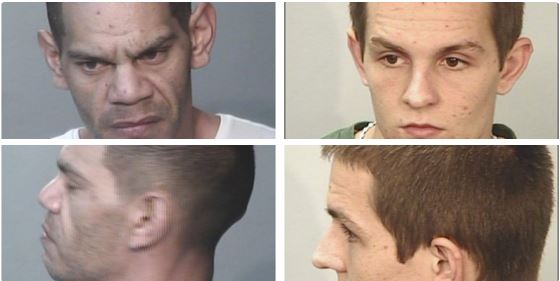 Andrew Sampson (left) and Michael Booby (right) are wanted by virtue of outstanding warrants for an armed robbery in Tamworth this week.

Andrew Sampson, 35, and Michael Booby, 20, each have an outstanding warrant for their arrest.

The warrants relate to an armed robbery of a man on Woodward Avenue, Tamworth, about 2.30pm on Wednesday 2 December 2015.

Andrew Sampson is described as being of Aboriginal/Torres Strait Islander appearance, 180cm to 185cm tall, 80kg to 85kg with medium build, and dark greying hair.

Michael Booby is described as being Caucasian in appearance, 175cm to 180cm tall, 75kg to 80kg with a thin build, short brown hair and brown eyes.

Anyone with information about either of the men’s whereabouts, is urged not to approach them, but contact Triple Zero (000) immediately.